Discrepancies emerge over where Tashfeen Malik grew up

Discrepancies emerge over where Tashfeen Malik grew up 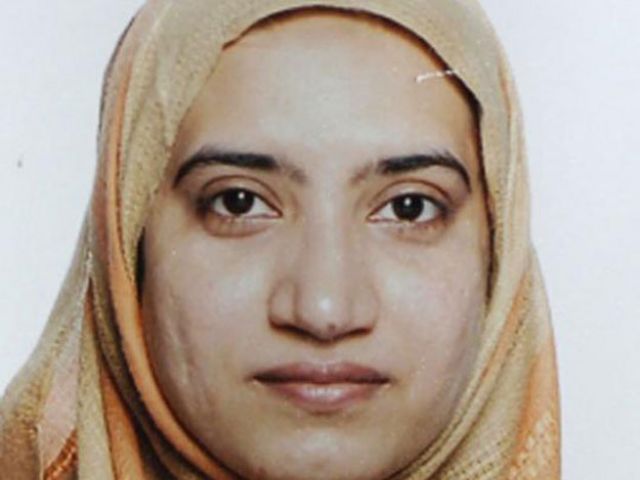 As investigators work to determine the backgrounds and motivations of the married couple suspected in last week’s mass shooting in San Bernardino, California, contradictory claims have emerged from Pakistan and Saudi Arabia about where the wife, Tashfeen Malik, spent her formative years.

Relatives and acquaintances of Malik in Pakistan said she had grown up in Saudi Arabia and had been influenced by its deeply conservative interpretation of Islam. But Saudi officials denied she spent significant time in the kingdom, saying she visited only twice, for a few months in total.

The claims come as both countries, which have complicated relationships with the United States and have waged their own battles against Islamic militancy, seek to clear themselves of ties to the San Bernardino shootings, the worst terrorist attack on American soil since September 11, 2001. Both suspects were killed in a shootout with the police.

While the biography of the husband, Syed Rizwan Farook, who was born and raised in the United States by immigrant parents from Pakistan, became clear soon after the attack, the background of his spouse, Malik, who was born in Pakistan, has emerged more slowly.

Relatives of Malik, 29, said that she had moved with her father, an engineer, from a remote district of Punjab Province in Pakistan to Jeddah, Saudi Arabia, when she was a young child.

They said she had grown up there, and they attributed her adoption of a strict, conservative interpretation of Islam that involved not interacting with men outside her family and wearing a face veil to her time in Saudi Arabia.

From 2007 to at least 2012, Malik studied in Multan, Pakistan, the main city in southern Punjab, where one faculty member recalled her as a “Saudi girl” because her religious observance was so much stricter than that of her peers.

She obtained her place as a pharmacy student at Bahauddin Zakariya University under a quota system that reserves spots for the children of expatriate Pakistanis — suggesting that she had indeed grown up abroad.

Multiple members of Farook’s family in California said that she had grown up in Saudi Arabia, and on Monday, The Wall Street Journal quoted one of Malik’s brothers, who lives in Riyadh, as saying that Malik had lived there.

But Saudi officials have denied that she spent much time in the kingdom.

Maj Gen Mansour Turki, a spokesman for the Saudi Interior Ministry, said via text message on Saturday that Malik had visited the kingdom twice. In 2008, she arrived in June from Pakistan to visit her father and stayed for about nine weeks before returning to Pakistan, General Turki said.

Then, in 2013, she arrived on June 8, from Pakistan, and departed for India on October 6 of the same year, General Turki said.

He gave her full name as Tashfeen Malik Gulzarahmed Malik and said his office did not know whether her father was still in the kingdom.

General Turki said there was “no evidence” that Malik had met her husband in the kingdom, but they were in Saudi Arabia at the same time for about five days in October 2013, according to information General Turki provided.

Farook, 28, visited Saudi Arabia twice, once for the hajj pilgrimage between October 1 and October 20, 2013, and once for an off-season pilgrimage known as umrah for nine days in July 2014.

American officials reported that the couple flew to the United States together from Jidda in July 2014. And members of a mosque the couple attended in California said they had been married in Saudi Arabia.

Both Saudi and Pakistani officials have bristled at the suggestion that their respective countries played any role in the radicalization of Malik and Farook.

In Multan, Pakistan, where Malik went to the university, the authorities swarmed around journalists who were seeking interviews with people who knew the family. “What is your intention?” one security guard asked a reporter seeking comment at the university. “Why do you want to interview people here? We will not allow anyone to malign our institution.”

Saudi officials, meanwhile, have rejected the idea that Malik took up more fundamentalist views in Saudi Arabia, or that it played a role in the relationship between her and Farook. The Saudi narrative has varied to the extent that one official denied she had ever been there.

The day after the attack, Osama Nugali, a spokesman for the Saudi Foreign Ministry, said via text message that Farook had visited the kingdom only once, for nine days in 2014. He said he had no record of Malik having ever entered the kingdom.

“For the lady, we don’t have a record of this name,” he wrote.