The victim, referred to in court as Male A, was in surgery for five hours after the attack, the prosecution said 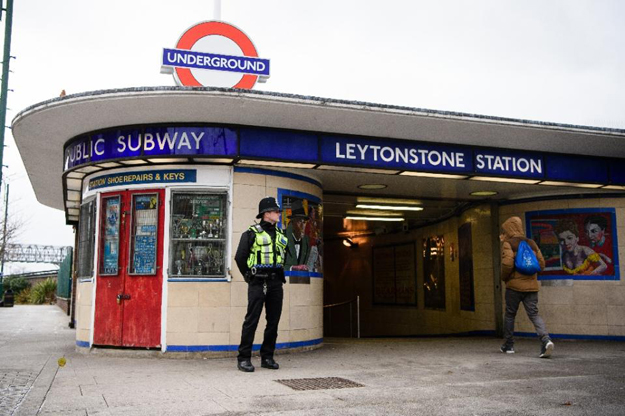 A police officer stands guard outside Leytonstone station in north London on December 6, 2015, a day after the stabbing A man was being held in custody after three people were stabbed at a London Underground train station in an attack police were treating as a &quot;terrorist incident&quot;.One eyewitness shouted &quot;You're no Muslim&quot; at the suspect as he was pinned down by police officers at the suburban Leytonstone station, amateur video footage showed, while a pool of blood was seen in the ticket hall. PHOTO: AFP
LONDON: A 29-year-old man appeared in court Monday charged with attempted murder after a stabbing attack at London Underground train station.

Muhaydin Mire, from east London, is accused of attempting to murder a 56-year-old man at Leytonstone station on Saturday night.

He was driven to court in a police van escorted by other vehicles which went into the court building through a back entrance.

During a brief hearing, he spoke only to confirm his name, date of birth and address.

Mire was remanded in custody until Friday when he will appear at the Old Bailey in London, the Central Criminal Court of England and Wales.

Prosecutors allege that Mire punched his victim to the ground and repeatedly kicked him before taking hold of the victim's head and cutting a 12-centimetre wound in his neck.

The victim, referred to in court as Male A, was in surgery for five hours after the attack, the prosecution said.

Prosecutors also allege that images and flags associated with the Islamic State jihadist group were found on Mire's mobile phone.

Police have increased patrols at transport hubs following the incident at Leytonstone station, a suburban stop on the Central Line, one of London Underground's busiest.

Patrols "involve both uniformed and plain-clothed officers, supported by other resources, such as armed officers, police dogs, a network of CCTV cameras, and the thousands of rail staff we work alongside.

"We ask the public to remain calm and carry on using public transport as normal."

Speaking at Burton in central England, British Prime Minister David Cameron voiced his thanks for a bystander in Leytonstone station who shouted a phrase at the suspect that later went viral on social media.

"Some of us have dedicated speeches and media appearances and sound bites and everything to this subject, but 'you ain't no Muslim, bruv' said it all much better than I could have done," Cameron said.

The Central Line, running on an east-west axis through the British capital, is the longest of London's Tube lines serving 49 stations along 46 miles (74 kilometres) of track.

Coloured red on the famous London Tube map, it is one of only two lines that go beyond the administrative boundary of London.

A section of the Central line was closed after the incident but Leytonstone station was open on Monday.

The stop contains murals with scenes from the films of Alfred Hitchcock. The director, born in 1899, hailed from Leytonstone, as do football icon David Beckham and Blur frontman Damon Albarn. 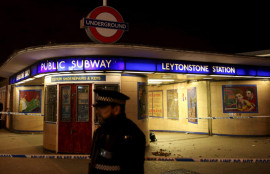 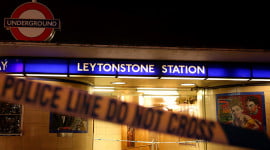 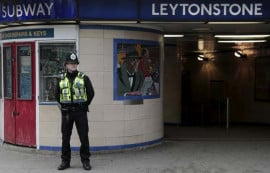 LS | 5 years ago | Reply Yup.. Islam is peaceful...
Replying to X
Saved ! Your comment will be displayed after the approval.
Error !
Error! Invalid Email.