For no good reason: Van driver accuses governor's son of thrashing him

For no good reason: Van driver accuses governor's son of thrashing him

Saqib was forced to stand in cold for three hours by Sardar Shamoo­n’s guards­
By Our Correspondent
Published: December 6, 2015
Tweet Email 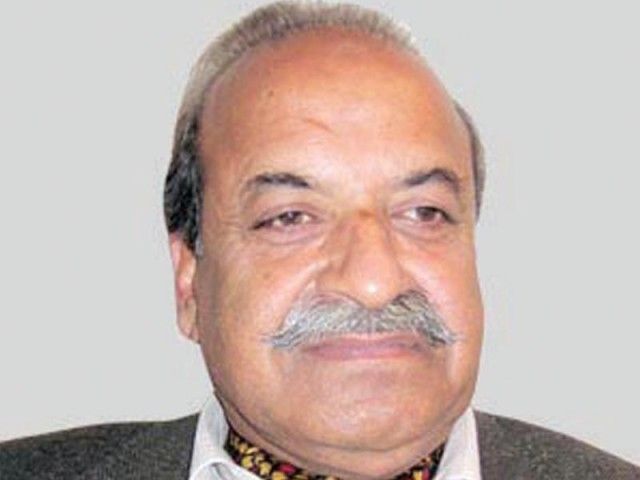 ABBOTABAD: A minor accident resulted in a man being beaten and made to stand out in the cold allegedly by none other than Governor Sardar Mehtab Ahmad Khan’s son and his guards. The victim was not even directly involved in the collision.

The victim lodged a complaint with Mirpur police station and sought legal action. However, a case has yet to be registered. According to police, both parties had agreed to reach a compromise by Sunday evening.

Mirpur police quoted Saqib, a resident of Mohallah Kehal, as saying he was on his way to Ayub Medical Complex when another van got into an accident with Sardar Shamoon Yar Khan’s car near a Daewoo bus terminal. Shamoon is the governor’s son. He is a former MPA and a sitting district councillor.

The driver of the van, according to the complainant, sped away after damaging one of the doors of Shamoon’s car. However, since Saqib was behind the van that hit district councillor’s car, the latter asked him to reveal the name of the driver.

He was unable to provide the details which enraged Sharmoon whose five gunmen got out of the car and started kicking and slapping the victim. The driver was allegedly forced to stand out in cold weather for three hours.

On his complaint and later while talking to the media, Saqib said the gunmen also snatched his wallet and his van. He was forced to beg for his freedom and was finally released at around midnight. He said since he had no money to hire a vehicle to reach home, he walked all the way and finally reached at around 2am.

The driver said he went to Shamoon’s house the next morning with a jirga and requested the van and his wallet be returned. Although he was neither part of the accident and nor associated with the fleeing driver, Shamoon reportedly asked Saqib to bear the cost of fixing his vehicle. The unreasonable request prompted him to file a complaint with the police against the governor’s son and his five guards.

However, the police has yet to take action against Shamoon. The driver threatened self-immolation outside Peshawar High Court’s Abbottabad bench if the police failed to provide him justice.

When contacted, SHO Mirpur police station Javed Khan confirmed the contents of the complaint. However, he added the complainant himself requested the police to put the matter on hold soon after filing as both parties were negotiating a compromise.

Meanwhile, Shamoon was unavailable for comments. However, one of his close aides said the guards of the governor’s son returned the van and wallet to the complainant. He claimed both sides struck compromise during a jirga and the matter was settled.

He said although Saqib was at fault, the former PML-N MPA had pardoned him.