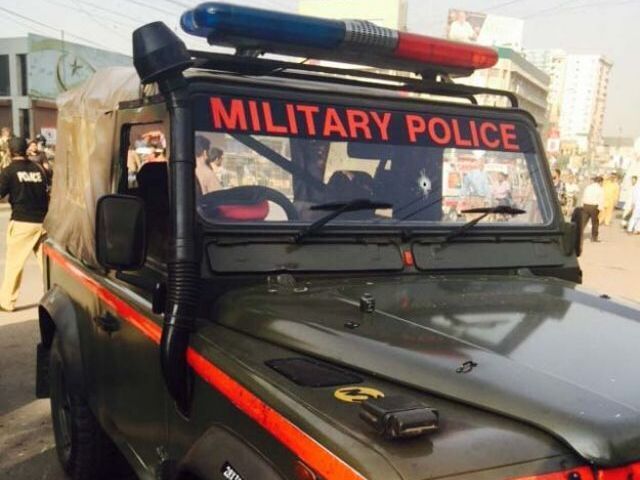 Two years after the start of the Karachi operation, the city is still to be freed from militancy and terrorism. On December 1, two Military Police personnel were killed as they exited a shopping mall on MA Jinnah Road. The gunmen who drove by and pumped several rounds of bullets into their bodies have not been identified, but it is believed by senior officials investigating the matter that the targeted attack could be a reprisal for the ongoing operation in North Waziristan. Ballistic evidence collected from the spot in the form of 9mm bullets indicates the same weapon had been used in other terrorist attacks in Karachi, including the killing of four paramilitary troops outside a mosque in Baldia Town less than a fortnight ago. The attack was quite evidently carried out with skill and professionalism. Eyewitnesses say the attackers had been lurking outside Gul Plaza for some time, waiting for their prey. One victim died instantly, the other a short while later in hospital with both being shot in the head.

There can be no doubt that the assassins meant business. Attempts are on to identify the gunmen based on evidence provided by CCTV footage and to track mobile phone calls made. There have been no claims of responsibility so far. But as the inquiry continues, it is quite obvious that despite the efforts of Rangers, the police and other law-enforcement and intelligence agencies, and an overall improvement in Karachi’s law and order situation, militant forces remain able to operate in the city with nothing to hold them back. This is dangerous, notably with local government polls in Karachi scheduled just a few days away, on December 5. Militancy and terrorism, or even the threat of these, must not mar this crucial part of the democratic process. Perhaps, we need to see some rethinking, some improved planning. Steps beyond the current operation are required. Improvement in intelligence-gathering and sharing is clearly still needed. Our experience with militant groups has been a long and bitter one. We must find a way to dismantle their networks and bring peace to Karachi as well as to the rest of the country, which continues to bleed from its multiple wounds. The flow of militancy has to be stopped.