A flight-test of the drones flying 200 feet is set to be held in the wester­n Canadi­an provin­ce of Britis­h Columb­ia
By AFP
Published: December 1, 2015
Tweet Email 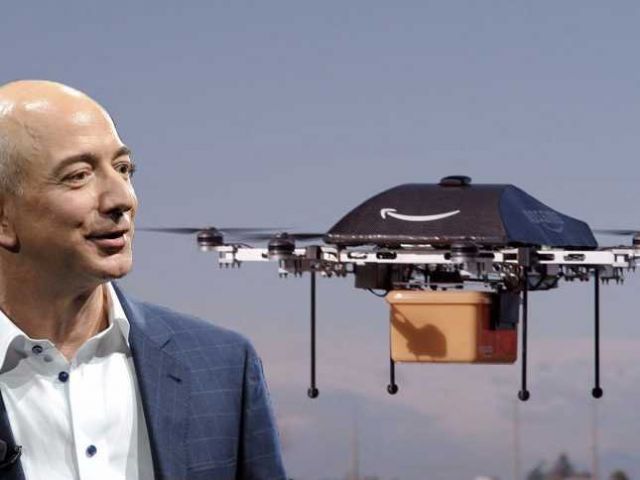 SAN FRANSISCO: Amazon provided a glimpse into the future of online shopping in a video of a new delivery drone that racked up more than two million views by mid-Monday.

A playful video presentation featuring former Top Gear host Jeremy Clarkson showed an Amazon quad-copter drone flying to the rescue with new girl’s soccer shoes to replace ones chewed to pieces by a family dog shortly before a match was due to begin.

The video, which indicated that the drone flight was real while the situation might be contrived, showed machinery at an Amazon warehouse lifting a package into the belly of a large drone that then took off vertically before flying airplane-style to its destination.

The drone was colored blue and emblazoned with an Amazon Prime Air logo. It was equipped with a system to recognise and avoid objects in the air and on the ground, Clarkson said in the video.

In the video posted on Sunday, the drone detects a clear portion of lawn, touches down just long enough to drop off its cargo and then takes off again.

The drone has a flying range of 15 miles (24 kilometers), according to Amazon.

Clarkson described the aircraft as being one of a family of delivery drones designed for various environments.

As the world’s largest online retailer, Amazon raised eyebrows in late 2013 with its plan to airlift small parcels to customers by drone in select markets, less than 30 minutes after an order is received.

It has gone to other countries to flight-test its evolving technology, including a secret location in the western Canadian province of British Columbia.

Flying typically about 200 feet (60 meters) above ground, Prime Air drones “will take advantage of sophisticated ‘sense and avoid’ technology as well as a high degree of automation to safely operate,” Amazon told US regulators earlier this year.