Tracing the footprints of Urdu prose

Tracing the footprints of Urdu prose 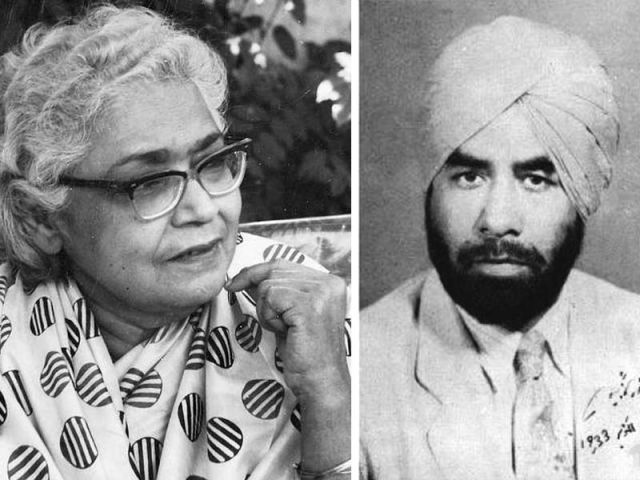 Rajinder Singh Bedi and Ismat Chughtai were amongst the most influential and prolific figures of the world of Urdu prose in the 20th century. While the former was a man who seldom went by the book, the latter left a lasting imprint on the manifesto of those who believe in gender equality. 2015 marks 100 years since these giants breathed their first. To celebrate their seminal contribution, Progressive Writers Movement, Pakistan in collaboration with Arts Council of Pakistan put together a day-long conference in Karachi on Sunday wherein litterateurs underscored the world of those for whom progress of the society meant everything.

The morning session was held in memoriam of Bedi. Speaking at the session, novelist and academic Rasheed Misbah said the breadth and range of Bedi’s short stories cannot be perceived without understanding his perceptions of the genre. “Bedi believed ghazals had restricted people’s understanding of short stories,” said Misbah. “As a result, readers expected a similar approach to prose. This, he felt, could mislead short story writers.”

Citing an exchange between writer Saadat Hassan Manto and Bedi, he drew attention to the differences in the approach adopted by both writers to the genre. “Manto frequently told Bedi that he put in too much thought to writing his stories,” said Misbah. “Bedi, on the other hand, quipped that Manto gave no thought to the writing process.” According to Misbah, Bedi’s work unfortunately became the prime target of religious bigotry after Partition.

Shahid Kamal, another academic, said most non-Muslim Urdu writers have been excluded from mainstream discourse. “We begrudgingly accepted Premchand and Krishan Chander because no other writers have achieved what they have,” he said. “But Bedi’s work has not been treated with respect. His novel, Ek Chadar Maili Si, may have been adapted into a film, but its title was changed for no apparent reason.”

Dr Qazi Abid, another panelist, insisted Bedi is a role model for aspiring writers. “I urge new writers and Bedi’s detractors to read his stories with an open mind,” he said. “In Garam Coat, they will discover a tale of the small sacrifices we make for our loved ones. Meanwhile, through stories like Lajwanti, they will see how relationships change in times of upheaval.”

Ahmad Saleem, a writer and academic, read an excerpt from Bedi’s essay, Bombay, Barish aur Bedi, which provided a glimpse of the writer’s final days battling paralysis and struggling to write again.

The power of the said word

In his concluding remarks, poet, critic and scholar Sahar Ansari said Bedi was acutely aware of his craft. “He realised stories can be written in different ways and didn’t allow his work to fall prey to rules,” said Ansari. “Bedi was true to his characters and they have been etched in our hearts and minds forever.”

The beacon of hope

The evening session on Ismat Chughtai was presided by scholar Dr Saadat Saeed. Talking to The Express Tribune, he said, “Women for centuries have been trying to liberate themselves and Chughtai was on the forefront of the struggle.” He recalled, “When I was studying at Government College Sahiwal, books of Chughtai were padlocked in the college library cupboard but I was lucky enough access them.”

In a conference, article reading by Dr Sadat Saeed, Zahida Hina, Zaibunnisa Zaibi, Saba Ikram, Dr Jamal Naqvi, Muneer Badini and Asar Imam gave a broader picture on the life events and writings of Chughtai. The Progressive Writers also read the excerpts of her writings and lauded the efforts she had taken for the middle class women of the subcontinent.

Litterateur and columnist Zahida Hina recollected how Chughtai blackmailed her father into letting her pursue higher education. “She told him: if you don’t allow me to study further I will join a missionary and convert to Christianity.” She quoted the late writer as saying, “Lihaaf ne meri zindagi badal di,” (referring to her short story Lihaaf that sparked controversy). Zaibunnisa Zaibi, Saba Ikram, Dr Jamal Naqvi and Asar Imam also presented their papers on this occasion. Imam cited Aurat as Chughtai’s finest work on the subject of feminism.

Progressive Baloch writer Muneer Badini said, “I am surprised to see that Chughtai has not written much about her own self. One needs to be really bold and courageous to take up the subjects she chose.”