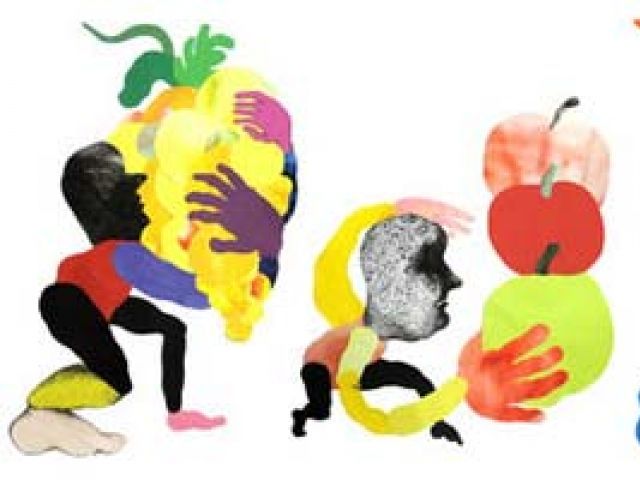 Some people eat as little fat as possible to lose weight and stay healthy, while others avoid carbohydrates. A vegan diet (with no animal products) and the paleo diet (with lots) both have enthusiastic devotees. One popular diet encourages intermittent fasting, another frequent small meals. Who’s right?

Perhaps they all are, according to the new field of “personalised nutrition.”’

This month, an Israeli study of personalised nutrition was heralded by a media frenzy. “This diet study upends everything we thought we knew about ‘healthy’ food,” claimed one headline. The study suggested that dieters may be mistakenly eating a lot of some foods, like tomatoes, that are good for most people, but bad for them. And it raised the possibility that an individualised approach to nutrition could eventually supplant national guidelines meant for the entire public.

Personalised medicine has already become well established in clinical practice. We know that the effects of some drugs vary from person to person and that genetic analysis of tumors can help doctors select the best cancer treatment for a particular patient. Despite the recent fanfare, we have also known for a long time that people respond differently to specific foods based on their genes, past health or other factors.

What does this mean when it comes to obesity, the most important nutrition problem today?

Unfortunately, standard diets typically fail to produce significant long-term weight loss. But those average outcomes mask tremendous individual variability. For instance, while a clinical trial published in 2005 of 160 adults randomly assigned to the Atkins, Ornish, Weight Watchers and Zone diets reported modest results in all groups after one year, individuals in those groups experienced weight changes ranging from a loss of 35 pounds or more to a gain of 10 or more.

This variation is commonly attributed to behavior. Some people are simply more motivated and compliant with their assigned diet than others. But suppose the people who did poorly on the low-fat Ornish diet would have done well on the low-carbohydrate Atkins diet because of their biological makeup, and vice versa? If we knew that ahead of time, we could assign everyone the diet that’s best suited for him or her.

This is what the Israeli study intended to explore. Investigators at the Weizmann Institute of Science used specialized devices to monitor continuously the blood sugar of 800 adults. The data showed that blood sugar after meals varied among the participants in ways that couldn’t be explained by what they ate alone. The investigators devised a computer-based algorithm taking into account many non-dietary characteristics, including body weight, blood sugar first thing in the morning and even the type of bacteria in the intestines — to predict more accurately what would happen to blood sugar after a specific person ate a specific food.

Since high blood sugar after eating is strongly associated with the risk of Type 2 diabetes and heart disease, the study’s results now have people talking about whether a computer app might someday help us prevent chronic disease. Should you eat tomatoes, apples or chocolate? Input your characteristics and get a personal prescription for optimal health.

Blood sugar isn’t the only way to predict an individual’s predisposition to obesity-related problems. Insulin may be an even more powerful determinant. The pancreas releases insulin after you eat, and that hormone directs incoming calories into storage sites in liver, muscle and fat tissue. A few hours later, insulin levels fall, and calories re-enter the bloodstream for use by the body. This is why people with Type 1 diabetes who receive excess insulin predictably gain weight, whereas those treated with too little insulin invariably lose weight, no matter how much they eat.

The amount and timing of insulin release after a meal differs substantially from person to person. To assess this difference, researchers give volunteers a bottle of glucose to drink and measure their insulin levels 30 minutes later — the test is called the “insulin-30” level.

In a study published in 2007 in JAMA, my colleague Cara B. Ebbeling and I randomly assigned young adults to 18-month diets that were low either in fat or in processed, fast-digesting carbohydrates (called a low “glycemic load” diet). We found that individuals with high insulin-30 did better on the low-glycemic-load diet — losing 10 pounds more than they did on the low-fat diet. This suggests that people with this characteristic should really focus on cutting highly processed carbohydrates out of their diet. Individuals with low insulin-30, on the other hand, lost about the same amount of weight on both diets.

In another study published in this month’s issue of the journal Obesity, we found that people with high insulin-30 lost more muscle and less fat on a standard low-calorie diet. Their metabolisms also slowed the most when they lost weight, which means they would be likely to regain the weight in the long term.

The good news is that a person’s susceptibility to weight gain may not be written in stone. After a month on a low-carbohydrate diet, the high insulin responders were able to tolerate more carbohydrates without their metabolisms slowing down so much (though we don’t know how long this protective effect lasts).

Many other aspects of biology, genetic and acquired, undoubtedly influence how we respond to diet. But in the end, the Israeli study provides little reason to believe that a complicated 21st-century technology will work any better than a simple dietary prescription pioneered decades ago. We don’t need an app to control post-meal blood sugar; we just need to eat fewer processed carbohydrates.

Analyses of large groups of people followed carefully over many years, like the Nurses’ Health Study, suggest that many cases of diabetes and heart disease can be prevented by adhering to a few straightforward dietary practices. For this reason, it’s critically important that the Dietary Guidelines for Americans 2015, scheduled for release by the Department of Agriculture in the next few weeks, reflect the latest science. They should jettison the traditional emphasis on low-fat diets, which we now know have no special benefit for body weight or general health, and focus more on the quality of the carbohydrates we are eating.

Despite the hype, personalised nutrition is not ready for practical application in the clinic. But this exciting field of research may help explain why people respond so differently to diet based on biology. In this way, personalized nutrition may build upon, rather than substitute for, national dietary guidelines, providing a common ground for all sides in the “diet war” to declare a truce.

British-Pakistani man jailed in UK for using wife to smuggle heroin worth £470,000