When Mirza tore off his shirt at a rally in Lyari a journalist said: “Clark Kent just became Superman.”
Nadir Hassan September 05, 2011

The old joke about Islamabad being half the size of Arlington Cemetery and twice as dead is supposed to be truer than ever during Eid.

I wouldn’t know because I wasn’t there. Neither, it seems, was anyone who actually matters. Interior Minister Rehman Malik was busy solving Karachi’s violence problem by doing his best Scrooge/Father Christmas impersonation and breaking little kids’ toy guns and then paying them thousands of rupees in compensation. Even young Bilawal Bhutto Zardari, in town for his summer vacation, ran off to China to attend a conference.

Islamabad might have been emptied of its transplanted residents but its mind was on operations – specifically those in Karachi. The gossip network had Zulfiqar Mirza and his performance art on its mind. A great deal of relief was exhibited by frustrated journalists who had always wanted to lash out against the Muttahida Qaumi Movement (MQM) but could never do so out of fear. Finally, they said, they could level all sorts of accusations against the party but get off scot-free because they would simply be quoting a politician.

Mirza has become a folk hero to those who have suffered through endless press conferences that do not feature the Quran as a stage prop and digressions about haleem. One foreign correspondent for an international newspaper, after hearing that Mirza had torn off his shirt at a rally in Lyari, said: “Clark Kent just became Superman.”

The spin anti-Mirza insiders in the Pakistan Peoples Party (PPP) are trying to disseminate is that he has gone rogue. One PPP member who has always had a hostile relationship with Mirza says that he had fallen in the trap of the ‘establishment.’ The PPP member compared him to former foreign minister Shah Mehmood Qureshi, specifically pointing out the part in Mirza’s speech where he had effusive words for the ISI. This, said the PPP member, showed that Mirza was a puppet being moved around by the GHQ.

Another anti-Mirza PPP member had a different take. He felt that by taking such a strong stance against the MQM and officially distancing himself from party policy, Mirza was staking a claim to the alienated Sindhi voting bloc.

Even though PPP dominates at the polls in Sindh (excluding Karachi and Hyderabad), there is significant support for nationalist parties. These Sindhi voters rarely turn up at the polls and Mirza could be trying to woo them for future support.

Given that even PPP insiders are floating different theories about Mirza’s motivations, it is fair to say that neither of these two accounts should be considered anything other than spin. Right now, the PPP’s guesses as to what triggered the Zulfiqar Zeitgeist are as good as ours.

Another thing no one in the PPP is either able or willing to explain is what President Zardari’s role was in the entire affair. A PPP senator, who was in Karachi over Eid, said that the president might abandon Mirza politically but would never do so personally.

This was in stark contrast to the outlandish gossip among journalists that Zardari had orchestrated the whole affair because:

b) he was sending a message to the MQM

c) he did it just for kicks

No one may have much concrete information about Mirza but this last week has made clear that even at times when Islamabad should be dead it is sustained on life support by political gossip. 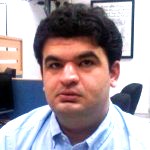 Sights and sounds at the Karachi Literature Festival

Tanzeel | 9 years ago | Reply Started from MQM, Rehman Malik, Agha Siraj Durrani, Khursheed Shah, Wasaan, Pir Mazhar ul Haq and now Chief Justice of Pakistan, Zardari, United States, UK -- The list goes on but ofcourse minus People's Aman Community. Does it ring a bell ?
KolachiMom | 9 years ago | Reply Nothing but a rabble-rouser. Doing a press conference and shouting on people because you have armed people around you, does not make you courageous. Well said! @SyedSami
VIEW MORE COMMENTS
Chengez K | 9 years ago | Reply @TightDhoti: Please see below: http://axcessnews.com/index.php/articles/show/id/22112
Syed Sami | 9 years ago | Reply @Abdull Lateef: A person who is putting allegations should do it in a proper way and he should be the one to prove it rather than putting allegations on someone and waiting for him to defend.. As per law, A person is not guilty until proven.. So being a son of a judge he should know it better and do it through a proper channel. If he wants to take stand against anyone, then just not do it through media and try to gain popularity.. Go and file the cases on these people.. Calling bad names to his collegues and other parties' people, he is just showing his own loose character. There are numerous interviews in which he is saying something and just the next moment contradicting it. This shows that he himself knows nothing and is not sure what he is saying. Does a guy who himself is involved in so many killings knows the responsibilty and liability while holding a quran? Just yesterday he said that he himself drinks alcohol. Does he know what is written in Quran about it? For me even if tells the truth would not be something to be beleived looking at his character and the questions that are being put in front of him. He should rather go to the court and file cases and show the courage. Doing a press conference and shouting on people because you have armed people around you, does not make you courageous.
ahmed faheem | 9 years ago | Reply There is a saying of Hazrat Ali that don't see who is saying, see what he is saying. I see Mirza statements the weekness and corruption of ruling class, and exposing the proposed and the seconded parties.
TightDhoti | 9 years ago | Reply @Chengez: how does anythign in this article benefit "US aid"
pundit | 9 years ago | Reply Its Most interesting to note the absence of coverage emphasized textof the Pew Research Centres survey conducted in May 8-15 .Obviously the ISi has ordered the Paki media to ignore it. It measures the Percent favourable views of Pakistani leaders as follows: Imran Khan: 68% Sharif :63% Kyani :52% Chaudhry :51% Gilani :37% Zardari :11% ( look it up on WAPO: http://www.washingtonpost.com/world/asia-pacific/pakistani-cricket-hero-imran-khan-becomes-a-political-player/2011/08/31/gIQAVYYBxJ_story.html) If only there was a right to recall in Pakistan…..
Chengez K | 9 years ago | Reply Another silly article devoid of any meat. The quality of content in Express Tribune is going down.Cant they not get any one with experience or they have to follow the dictates of US aid?
Abdull Lateef | 9 years ago | Reply Whatever Zulfiqar Mirza has said against anyone in the city or rather in the country, they must prove their integrity by giving reasonable response. Now the ball is in the courts of others involved.
Replying to X
Saved ! Your comment will be displayed after the approval.
Error !
Error! Invalid Email.