In the modern game of football, it is argued that national team coaches can only do so much. The players, after all are all (theoretically) at the top of their game. They all belong to club sides which keep them in shape and hone their skills and the national team coach is little more than a cheerleader, tagged along for the ride, watching them do their thing.

This is mind numbingly blithering and gut wrenchingly wrong.

For proof, I provide you with three exhibits, each seemingly intent on taking something beautiful, and ruining it.

Exhibit A is our old friend Diego, coaching a supremely talented Argentine side that is breathtakingly going forward consisting of a generation of footballers who could well go all the way, taking Argentina back to the pinnacle of the game. Sadly, they have a crippling weakness, and that weakness is the greatest player that country has ever produced (bar current contenders to that title): one Senor Maradona. The man is, to put not too fine a point on it, insane. As I say, Argentina is breathtakingly going forward – they’re also ridiculously exposed at the back. By picking six strikers, and playing as many of them as is possible, Maradona leaves huge, gaping holes in the middle of the park for sides to swiftly counterattack, and watching Demichelis and Samuel deal with this is like watching a game of Russian roulette: someone’s going to get hurt.
They may have gotten away with it so far, but don’t expect better sides to not be able to make Argentina pay for the weaknesses not just in the players they have in defence, but in what passes for their entire defensive strategy.

Exhibit B is a man vying with Joachim Loew for the title of best dressed at this year’s World Cup: the ever distinguished, and slightly caddish, looking Raymond Domenech. I shan’t go into the intricacies of his failings, seeing as his France are almost certain to now crash out at the group stage, but his tactics, and stubbornness in sticking to a failed plan have cost a side which includes the likes of Ribery, Gourcuff, Abidal, Evra and Anelka, the chance to go through. The miserable French have simply never looked like scoring, and remind one more of the 2002 World Cup side than the one which went to the final four years ago.

I have, however, saved the maddest madman for last. For at least in the first, we knew his drug addled mind was capable of strange decisions from the outset. In the second, too, there was predictability in his madness, and a dogged determination to stick to what he assured one and all was a plan.

Exhibit C, though, has taken insanity above and beyond the call of duty. He is, of course, Vincente del Bosque.
You’d think he has the easiest job in the world. His side virtually picks itself, several play on the same league-winning team, and almost all are near the peak of their respective careers.
Not content with standing on the sidelines, though, it seems del Bosque seems intent on making this side work in a system that would seem nonsensical even to a monkey on crack. Hell, it would seem like folly even to Diego Maradona. Five midfielders (and two wingbacks who spend most of their time in the midfield and up front), and a single striker, for a side that passes the ball around their opponent’s half for a living. Five! Iniesta, Xavi, Silva, Busquets and Xabi Alonso. Just because you have the best midfield in the world Vincente, doesn’t mean you have to use them all at once. Leaving Torres on the bench wasn’t hubris, it was maniacal. It changes the entire system. Del Bosque has, of course, used this system before, in WC qualifiers and international friendlies, and each time it has shown that it crowds the midfield with seven players, leaving just a single target up front.
That Spain didn’t play at their best against Switzerland goes without saying – but del Bosque seemed adamant to make it as difficult for his side as humanly possible. If Spain are to fulfill their potential on football’s grandest stage, this insanity will have to cease.

Other thoughts on the World Cup so far

- England look lost. In their draw against Algeria, in particular, there were far, far too many passes going astray, too little urgency in their play, and an almost complete and utter lack of imagination. Rooney, too, looks far from his best – possibly worn out from a long campaign with Manchester United, coupled with the stresses of carrying a football-mad nation’s hopes on his shoulders?

- Germany are quick, efficient, good to watch, and fallible. Serbia’s win proves that at this level, a good defence is as valuable as a talented strike force. North Korea, too, made that point abundantly clear in their heroic loss to Brazil.

- On Brazil: this side will grind out results, and will keep knocking on the door where other teams (I’m looking at you, Spain) would let their shoulders drop, misplacing passes and firing hopeless long balls into the area. It’s a worrying sign for anyone not supporting them.

- The mass media may be fixated on the World Cup as the story of the moment, but almost no-one writing news copy knows what they’re talking about. See a recent headline on a news channel: “World cup upset: France stunned by Mexico”. I refuse to have to explain why that is, simply put, a ridiculous statement.

Originally published on The Offside Trap. 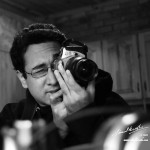 WRITTEN BY:
Asad H Asad H is a London-based full-time journalist and part-time anthropologist.
The views expressed by the writer and the reader comments do not necassarily reflect the views and policies of the Express Tribune. Victory over the Aussies, despite ourselves Tayyab | 10 years ago | Reply Why do u guys leave Marcello Lippi(coach of ITALY) out , i have no idea. .. maybe u like glamor more than tactics
Replying to X
Saved ! Your comment will be displayed after the approval.
Error !
Error! Invalid Email.