Tere Bin [Laden] is not releasing in Pakistan. No surprises. In a country with a collective “morality” but no collective “identity”, a film with this name cannot be screened in public.
Zainab Imam July 18, 2010
Ali Zafar’s new movie Tere Bin [Laden], which was released on July 16, is not releasing in Pakistan. Thank you very much, film censor board. I was really looking forward to the film so naturally I am disappointed with this decision. But I am not surprised at all. In a country where we have collective “morality” but unfortunately no collective “identity”, a film with a name such as this cannot be screened in public.
Also, when the makers announced that the film would release as Tere Bin in Pakistan, I had pretty much started to console myself that I will have to content myself with a pirated version of it. Long live, piracy!
The first thing that comes to anyone’s mind after a decision like this is about the amazingly intolerant society we live in. But I think, as a society, tolerance is not the only thing we are lacking — it seems we also lack a sense of humour. And the banning of this film just makes that clearer. The film, originally publicised as Tere Bin Laden, is a tongue-in-cheek comedy about a young reporter from Pakistan who tries to fake an interview with Osama bin Laden for quick riches and success.
I can think of at least one Pakistani journalist who shot to fame riding on a conspiracy like this – although, he was not so young when he tried his luck so he did, indeed, have little time to make it big. Hence, the film has more relevance to Pakistan than many others that have gone on to play in cinemas.
At a time when a provincial assembly passes an anti-media resolution and a known politician claims that Pakistan is in the situation it is in because of the 3 Js “judiciary, jurnails and journalists”, a criticism like the one presented in this movie hits home. There must be something that the media is doing which is causing people to react against it — this strongly.
Published in The Express Tribune, July 16th, 2010. 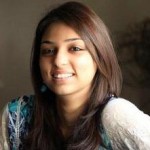 Monkey | 10 years ago | Reply But Usman, it's not like we are any safer by banning this film. They will kill regardless, they will attack whichever place they want regardless. For example, internet cafes were attacked after facebook was banned for "blasphemous" material and Pakistanis were almost deprived of internet (Google, Wiki and YouTube were also banned and the internet was quite slow). I think, the more we bow down to the pressure, the more we're going to get. We need to start speaking out against it and give it so much importance.
Usman Zafar | 10 years ago | Reply Though principally I agree with you, pragmatically, I just cannot. The people who are being mocked in the film are dangerous, and they can strike at anytime. If this film is released, there is a very realistic chance that we could see a couple of explosions in local cinemas, followed by a complete shutdown of the rest, which would put the entertainment industry in serious jeopardy. I'm sorry, but at the moment our freedom of expression cannot exist with the ground realities of this country. It's a shame, because I really wanted to see this film, and the concept was really original.
VIEW MORE COMMENTS
Monkey | 10 years ago | Reply How are you watching it Sadaf? My movie walah doesn't have it yet.
SadafFayyaz | 10 years ago | Reply censored & Banned is a word that is a part of culture now...so annoying word....everything gets banned here...but Dr..jabbar would never be banned....only suspended....whatever is the case, I am going to watch "tere bin laden" today....hope its a good one....:)
Replying to X
Saved ! Your comment will be displayed after the approval.
Error !
Error! Invalid Email.