Pak vs India: Dynamics to be transformed today

Today we will not just need a cricketer on the field, we will need a performer, a player who likes to flaunt himself.
Hanif Mohammad March 30, 2011

When I played cricket, the sport existed on a completely different sphere.

Our biggest matches had radio coverage and the nation hardly knew us by face. The passion was there, but the coverage was limited.


Today, a cricket match is more than a game — especially an India-Pakistan match. It is a battle between nations, between the people of the nation. Media has sensationalised this nerve-wracking semi-final and the emotions are going haywire. The dynamics before today’s match have transformed significantly. Every child in the neighbourhood not only knows all the players by face, they have idolised and found their heroes in Shahid Afridi and Shoaib Akhtar. The game has become extremely personal and more entertaining. We should expect one of the most entertaining matches in cricket history today.

While the fever remains ecstatic, we must not forget to pay attention to detail. This World Cup brings with it a new era of cricket in which spin bowling has played a crucially important part. I was keenly awaiting this edition of the World Cup and when the mega event started, we witnessed extremely unpredictable pitches. This is different from the past where batsmen were allowed to hit fours and sixes.

The dew factor makes it all the more unique. This resulted in the Asian teams been given an added advantage. There is a reason why three out of the four semi-finals teams were from the subcontinent. Pakistan must keep these valuable analyses in mind when they walk into the ground today.

Pakistan entered the tournament treading on precarious territory. The controversy of announcing the captain took its toll on the team. However, selecting the captain was one of the most crucial decisions taken by the Pakistan Cricket Board in our nation’s quest of the trophy.

Afridi is a daring player, he is a daring captain. He has led the team with unity throughout this tournament. Our players all walked together in communion under his leadership. He is not just a captain to the players, he leads them by being a friend, a companion. He has the unique ability to judge and project the key qualities in his players, on which he plays.

He has a unique leadership style and that makes him a very effective captain. He has woven a thread of comfort and trust and when that exists in a team, the performances speak for themselves. He knows the capabilities of the players and he knows how to bring them out.

His charismatic leadership will be a weapon at Pakistan’s disposal when we go head-to-head against our much fancied archrivals today.

Star power should not be underrated for a match of this calibre. Akhtar becomes a clinical cog in the Pakistani setup, especially against India. His inclusion, if nothing else, will be of tactical importance. I would go so far as saying that even six overs from him and his job should be considered done. Having him on the side bolsters the team’s confidence on a phenomenal level, given his intimidating persona on the field.

Let us not forget that today we will not just need a cricketer on the field, we will need a performer, a player who likes to flaunt himself in front of a capacity-crowd. This is a game of nerves and hence star players like Afridi and Akhtar play more than just cricket.

Akhtar will be our man. His long run up in a World Cup semi-final, bowling to an Indian opener will get the crowd howling. This will play on the psyche of the players; motivating them, pumping them with uncanny passion. And passion will guide you to victory.

Published in The Express Tribune 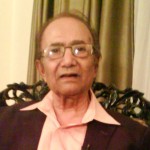 WRITTEN BY:
Hanif Mohammad A former captain of the Pakistan cricket team.
The views expressed by the writer and the reader comments do not necassarily reflect the views and policies of the Express Tribune.