Four reasons why England's loss is no surprise

While the UK media did a great job of propping up the English side in the run up to the 2010 World Cup, nothing but the results can speak for their performance. That anyone genuinely thought England could lift the World Cup this year, is a testament to how members of the media can sway public opinion on things one wouldn’t usually give a second thought to were one to calmly focus on the facts instead.

I’ll get straight to it, here are four signs that went unnoticed by Englands Coaching Staff and its fans, who blindly followed England to this world cup only to be disappointed with their result:

I. Capello Learnt Nothing From His Predecessors In Terms of Tactical Mistakes They Made

Everyone from Englands harshest critics to the mini-cab driver that dropped me off at Heathrow Airport in the fall of 2006 knew that any coach that attempted to play Lampard and Gerrard together in the same midfield could never win. Both play such a similar role at their respective clubs that they cannot contribute positively together and just seem to get in each others way.

Capello and the entire nation had been introduced to this idea before he even set foot on English soil and for a while he seemed to take the advice, playing Gerrard or Lampard but never both. The closer the World Cup came, the more frequent was his use of both on the pitch together. However, the only teams he managed to beat with both of them playing  together were largely mediocre. This went unnoticed during qualifying and then the group stage apparently, where they were just lucky to still be in it to tell you the truth. The first stern test saw them embarrassed at the hands of Germany. An early flight back to London, inevitable.

While English fans from all over the world will say Englands demise was due to the officials not seeing Frank Lampards goal cross the line. That things could have been different and you never know, I have just one question for them. Do you really think that if England had a legitimate chance at winning the world cup they could overcome a 2-1 deficit against a team that wasn’t given a second glance at the start of the tournament, despite a bad call? Ladies and gentlemen, this English side didn’t have what it takes to go all the way.

It has to be said about Fabio Capello however, that he did a great job of neutralizing the egos that dominated the English dressing room during the respective but not respectable reigns of his predecessors. Sadly for him, that wasn’t enough and I don’t think his credentials as a coach will have taken too much of a hit as a result of this loss. As he has been successful everywhere else he has been other than at the helm of the English squad.

II. All The Teams England Played For the Last 9 Months Have Been Pathetic Sides

Englands run to the world cup included playing against teams like: Ukraine, Croatia, Belarus, Andorra and Kazakhstan. Let me begin by first saying that the Ukraine and Croatian national teams are not what they used to be. Incredible potential but unable to convert it into tangible results.

So England managed to get through their qualification and friendlies because their route to qualification was easy and lets be honest, a friendly is a friendly. Its the World Cup that counts and we saw exactly what they were capable of against a top 16 side in the World on an international stage. A 4-1 drubbing.

If you saw Algeria hold England to a draw, then how could you really have not seen this coming?

III. Englands Injuries and Scandals Sealed Their Fate Prior To Landing In South Africa

No team that has its captain and center back involved in an affair with a fellow squad members significant other can possibly hope to have a strong sense of unity. That scandal just denied England of having a capable player in Wayne Bridge in the squad and to add insult to injury Rio Ferdinand was ruled out of the world cup having got the armband handed to him by Capello just weeks prior. Two switches of captaincy and the loss of two of the most influenti 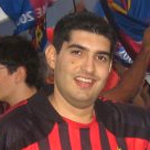 WRITTEN BY:
Farhad Fatakia Part-time writer and full time information technology entrepreneur with a soft spot for Justine Henin. He supports AC Milan, despises what Real Madrid have become and thinks Phil "The Power" Taylor is the most under-rated sports personality of his generation. Farhad blogs at The Offside Trap WHERE he writes as â€˜SuperPippo9â€™.
The views expressed by the writer and the reader comments do not necassarily reflect the views and policies of the Express Tribune. Chelsea and Liverpool: Will the winter of discontent continue? sal | 10 years ago | Reply I'm not sure which English media sources you have been following, but I can't think of a single legit media source (the Daily Fail doesn't count) that had claimed that England might win the World Cup. If you're going to make blanket statements about English football fans being gullible enough to believe the media - at least name the sources to which you are referring. I call shenanigans.
Replying to X
Saved ! Your comment will be displayed after the approval.
Error !
Error! Invalid Email.