The recent commotion of parliamentarians having fake degrees is a horrendous scenario compromising every ethical standard in the academia field and it is quite a relief to see many politicians taken to task for that. The idea behind this article is to highlight another area, towards which we’ve almost turned a blind eye: plagiarism.
Wasiq Ismail July 11, 2010

The recent commotion of parliamentarians having fake degrees is a horrendous scenario compromising every ethical standard in the academia field and it is quite a relief to see many politicians taken to task for that. The idea behind this article is to highlight another area, towards which we’ve almost turned a blind eye: plagiarism.

What prompted a post is a book for sociology referred to CSS students in a local academy here in Multan. The book is ‘written’ by Mr. Javed Jiskani Baloch, commonly referred to as J.J. Baloch, who is the AIGP forensic division, Sindh Police. While I was preparing for my sociology exam, I mainly read ‘Sociology by Horton & Hunt’ (McGraw Hill Books Company) and consulted some other books for the Pakistani perspective on different topics (JJ Baloch being one of them). I remembered Horton & Hunt being taught to us in LUMS as well for Intro to Sociology and I must say it’s a very comprehensive book for introductory sociology and of course a ‘legitimate’ one.

The problem arose when I read ‘An Introduction to Sociology by JJ Baloch’ and was shocked to find whole sections or parts of sections from chapters of Horton & Hunt’s book literally copy pasted in the relevant chapters written by Mr Baloch.

Now this does not mean that he had only duplicated H & H but had used his own, as the book reviews said, ‘lucid’ expression as well. Not much effort was required to discover that much of the work by Baloch was paraphrasing and at certain points blatant copy pasting. While doing so, he very conveniently ‘forgot’ to cite the work and today his book is out in the market credited to none other but himself.

I must admit here that I’ve been procrastinating upon writing for a long time and due to my lethargy it took me this much time after my CSS exams to write about this matter. Out of the same laziness, I was least bothered to open up both the books for references for plagiarism, so I randomly opened a page of JJ Baloch’s book to page no. 52 on social class, then I referred to the same topic in Horton & Hunt and found out the whole page 52 to be paraphrased or at some points just copy pasted from pages 347-349 of H & H.

I didn’t bother any further as I remembered many such instances while I was preparing for the exam and I’m sure a lot of such ‘instances’ could be found where Mr Baloch and H & H share the exact same ideas in the exact same words. Now that’s what I call the ‘similarity of opinion’.

I didn’t want this article to be a bashing of the civil servant (Baloch) but somehow it cannot be helped. I don’t even know the guy; he might be a very competent police officer as I don’t know anything about his professional life but recognition for writing such a book is not what we want as a precedent against him, certainly Horton & Hunt would not have wanted that. He might have worked hard to consult different books and paraphrased them into simple words for better understanding of people coming from our education system, but that’s not ‘writing’.

During my, and I’m sure everyone else’s, course of education, we’ve been taught to strictly condemn plagiarism with serious penalties for the offenders. HEC’s policies for plagiarism can be found here.

The penalties for students and researchers/teachers are quite severe but I wonder if the severity extends to other government officials as well. And obviously there are a lot of instances where such plagiarism is going on in Pakistan. It was a relief to find out that HEC is now working on the problem and even took action against a departmental head at International Islamic University, Islamabad who was found guilty of plagiarism with his group mates. A small piece on the issue was published here.

On a lighter note I would like to quote one of the book reviews of JJ baloch by Khadim Hussain Rind (ASP 24th common):

“I have only one thing to tell the aspirants of CSS that is to read this book otherwise they will repent. I have put a cursory glance over it and hence not in the position to comment on its material. But I am fully convinced that Mr Javed’s book is full of zeal for studies, his spirit for guiding others and his endeavours to facilitate new comers in the field.”

I couldn’t help but let out a chuckle after reading a review of a person who admits that he hadn’t read the book completely and was somehow in a position to recommend it highly to students, probably because of his ‘perception’ of Mr Baloch’s personal aspirations. And the book was full of similar reviews, mostly by his CSS ‘comrades’ out on a ‘back-scratching spree’.

Like I said before, probably this is not the only instance of plagiarism in Pakistan, and I’m sure many people would have found this book useful as well but didn’t happen to have read other books at the same time and thus couldn’t find out about the whole story. But there’s another sad side to it, that such a book comes highly recommended by many CSS academies, which implies that for CSS exam, such a book is an effective tool.

This whole scenario gives us a lot of food for thought.

First and foremost is the inefficient education system of Pakistan which does not have effective anti-plagiarism tools. Even if educational institutions could somehow deal with it, other areas of academia fail to do so, like getting your own work published is quite simple, all you need is the money to pay the publisher and contacts with booksellers for the marketing of your work. Checking for plagiarism is hardly the agenda in most of the cases (except for some renowned publishers) as most of them neither have the tools nor the motivation to do that. And for people who don’t care about ethics in such cases do not have a problem to begin with.

That being said, another shortcoming of the system is the lack of moral training and for that matter, ethical dilemmas like plagiarism and cheating are not hard to be conquered. Apart from that, the pressing need to produce results in our system, regardless of respect for knowledge, makes the students and such writers to achieve the ends, with a complete disregard for the means.

The mention of the fact that a book like that by Baloch is recommended for CSS students if they want to ‘succeed’ in the exams, is reflective of the fact that CSS exam can be ‘cracked’ with certain formulas. The criteria for the exams is an absurdly large syllabus shoved into the faces of the candidates which never made any sense to me as civil servants are not even required to have studied so many subjects.

The test for knowledge and truly competent people is not the top priority, as most of the people who pass the exams actually ‘cram’ piles of books down their throats with virtually no insight on issues of ‘real’ importance. The induction of such ‘mechanical’ people into the elite bureaucracy then translates itself into the inefficient system that runs our country. This practice is being carried out since the colonial times, and the state still calls for people who could actually facilitate the status quo by being ‘just another brick in the wall’.

The education system plays a major role in the personality development of people, and a system with all the aforementioned problems is bound to create people with low moral standards. For the same reason, on a cumulative level, these people make up a larger system which turns out to be inept as well, thus hardly producing people willing to deliver for the society. In order for us to even start progressing, we need to lay serious focus on moral issues in academia and set knowledge as a benchmark rather than superficial success and glory. 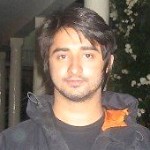 WRITTEN BY:
Wasiq Ismail A LUMS graduate with a Masters degree from Cardiff University, UK, Wasiq has recently given his CSS exam. He blogs at www.khirud.blogspot.com
The views expressed by the writer and the reader comments do not necassarily reflect the views and policies of the Express Tribune.