Democracy: Whose right is it anyway?

It is not democracy that we are not ready for - it is a lack of choice that has continued to paralyse Pakistan for over half a century.
Musabmemon October 04, 2010

I would be surprised if you still have not engaged in a charismatically disingenuous conversation in which a mischievous friend let lose a blasphemous idea, revolving around the topic of whether we, Pakistanis, are ready for, or deserve democracy. Democracy, which can be simply understood as the right of people to choose their leaders.

Now some, without chivalry, argue insistently that our country lacks education, maturity, intellect and economic growth levels – typical indicators of a developed nation. Of course, I do not refute the idea that we are a developing nation with abysmally low levels of education and economic growth. But the fact that the majority of the nation cannot read or write, is involved in subsistence agriculture and lives below the poverty line, is hardly reason enough to strip them off the right to choose their own rulers.

If those who are uneducated, who do not have access to clean water and nutritious food and are scraping together a living toiling on a farm are not allowed who to vote, then who does? The military? And the hedonistic educated elite, who seem to feel that they have an inherent right to play savior to the ‘uninformed’ and uneducated public?

Democracy means the right of choice. It is the right of the people, no matter what social strata they belong to, to choose to make their own mistakes. I say that because it is not democracy that we are not ready for, it is a lack of choice that has continued to paralyse the entire nation for over half a century; most of us vote for the party that we think will do the least damage.

Former president Pervez Musharraf probably understood this; the second time he felt like sitting on the ‘hot seat’, he did not resort to a ‘coup detat’. He has a party now. 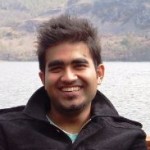 Letters from abroad: Shame on you, you are Pakistani

Liaquat Ali | 10 years ago | Reply Democracy is mob rule where unproductive majority usually abuses productive minorities through crafty legislature until the minority throws in the towel and the country goes down the drain. Pakistan is supposedly a Republic and NOT a Democracy. Republic is the rule of individuals through well-defined laws.
WAJID | 10 years ago | Reply I AM PAKISTANI AND WORRIED OF THIS SUIATION BEAUSE LEADER S ARE ONLY LEADER OF WORD AND OTHER NOTHING.WE ARE MUSLIMS AND BELIEVE ON GOD NOT ON LEADERS .
VIEW MORE COMMENTS
parvez | 10 years ago | Reply Musab you have crooked cricket and the CWG in Delhi to worry about. Why involve yourself with something that is more nerve wracking formula one car racing and a bigger sham than professional wrestling.
Replying to X
Saved ! Your comment will be displayed after the approval.
Error !
Error! Invalid Email.