When will our police act?

People rushed out of their cars to help the dying man, but the men in uniform, with guns in their hands, continued to stand idly by.
Faryal Najeeb August 07, 2010

I had not completely recovered from the shock of losing six of my friends in the Airblue plane crash when I witnessed another gruesome death on Wednesday night, day two of the recent spate of violence in Karachi. I was returning home from work when the situation in Gulistan- e- Jauhar suddenly deteriorated.

There was heavy firing between two spots in the area, Jauhar Morr and Jauhar Chowrangi. In a state of panic, most cars turned around on the same road creating a jam.

In the midst of this, my eyes were drawn to a few bystanders looking down at something. With a sick feeling in my stomach, I realised it was a body of an innocent man who had been caught in the crossfire, the victim of being at the wrong place at the wrong time. Needless to say, my mind went blank with fear for a while.

It was dark as all the street lights had been switched off and the shops had been closed for two days anyway. I fail to understand why streetlights are switched off during such times as I believe it encourages criminals to cause havoc, but that’s for another time.

There was a police mobile standing very close by, but not once did any of the personnel attempt to follow the criminals or even help the victim. People, oblivious to their own danger, had rushed out of their cars to help the dying man, but the men in uniform, with guns in their hands, continued to stand idly by.

I wanted to scream at them to act more professionally. Every time there is an incident of violence, our police fail to act. What have they been trained for? What about their pledges to protect the people? It’s sad and also little wonder that people have started taking the law into their own hands. 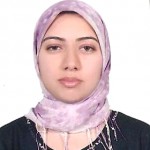 Dr. Salim Hosein | 10 years ago | Reply Oh and Lord25us: the 90% bail on benefit of the doubt bit; that too essentially comes down, in most cases, to poor training. For the prosecution to make a solid case requires credible, tangible evidence and not the circumstantial hearsay that is often put forward. That in turn depends on air tight investigation and forensic analysis of the crime scene, which requires both training and resources. You may remember a news item from a few years ago - perhaps two - in which it was reported that the US Government donated five forensic kits since the Karachi Police Forensics Lab in Garden had literally antique technology and virtually zero resources. To further my point with something you're bound to recall: most major crime scenes involving a bombing - Benazir's for example, and most recently the attack on the FC Commandant (God rest their souls) - were washed down before evidence could thoroughly be collected. Also, following the bombing of a bus in Rawalpindi cantt I recall images of "investigators" picking things up without gloves and "bystanders" standing right next to them, trampling all over what could also be evidence; no police line in sight. Once again, in most cases: It's not the cops themselves, but the system. Not enough emphasis is given to training and wayyyyy too much is given to standing on the road some VIP is going to drive down in a few hours!!
Dr. Salim Hosein | 10 years ago | Reply Any argument that the police are grossly underpaid for the work expected of them shouldn't really find favor, at least not yet, given that the Government recently announced a 100% increment. The law enforcement system is abysmal and incidents such as the one described above occur too frequently. I agree with everyone above though: the problem doesn't lie just with the cops; it's the whole system. In the same way that the Judiciary is currently battling the 18th Amendment, the Police Department needs to be independent and free from political cronyism. Political appointments and arbitrary transfers over the decades have propped up the corrupt and inefficient while sidelining the capable and honest. While you'll find citizens and police alike catching people for 'vice' and preaching 'virtue' in this Muslim state, everyone seems to over look the Quranic injunction about how both the giver and receiver of a bribe will go to hell and the fundamental concept of religion being personal and not in the Police forces' job description. More on that for another time perhaps. The point: individual police officers are not to blame, the system needs a complete overhaul and the seasonal politicians should have no say in transfers and postings, which should be an internal matter for the department. Further, by doing this and actively working towards improving their own image, perhaps fewer cops will get beaten up by angry mobs in the future.
VIEW MORE COMMENTS
Lord25us | 10 years ago | Reply Why we people blame over Police. We made our police corrupt. When i say WE, means politician, civil society, judges, lawyers, doctors etc etc. Politician patronage police for their writ in their areas. Lawyer threaten and force police for weaken report against the criminal. Judges force the police not to take remand and 90% bail on benefit of doubt. Doctor, Engineer, Civil society no one want to Pay Challan for over speeding or for No parking....EVERY ONE WANTS MUK MUKA. So police should also have democratic right not to perform. Nepoleon Said. . . World suffers a lot not because of the bad people,but the silence of GOOD PEOPLE. Sorry
Ghausia | 10 years ago | Reply The cops were probably involved with the criminals, either they belonged to the same party, or they'd been paid off. Or maybe they were just scared? There's so much power given to our ethnic and tribal groups, our police force should have power over them, no the other way around! My uni is located near these areas, every so often, riots erupt at Dalmia and one student or the other arrives late to class, shaken up and describing driving past teens throwing rocks on the street. Terrible business, this warped system that we have.
Natasha | 10 years ago | Reply I ask , when will the police be 'allowed' to act. Karachi is more tribal than the tribal areas it seems. (Sorry about your loss. May Allah give you the patience to deal with the tragedy and bless your friends and dear ones)
Replying to X
Saved ! Your comment will be displayed after the approval.
Error !
Error! Invalid Email.