Amir Khan's latest accusations regarding a 'mystery man' by the ringside have raised a storm.
Amna Lone January 11, 2012
The drama that unfolded after Amir Khan’s controversial defeat to Lamont Peterson, which resulted in the Briton losing his WBA and IBF light-welterweight titles to the American, just refuses to die down.

Over the past month we have witnessed a string of accusations ranging from biased refereeing to a ‘mystery man’ tampering with the judges’ scorecard emerging from the Khan camp. Khan had initially started out by blaming referee Joe Cooper of unfairly deducting two points off him for pushing Peterson and had immediately demanded a rematch, along with appealing against the decision to the IBA and the WBF.

However, it is the irate boxer’s latest accusations regarding a ‘mystery man’ at ringside during the fight, which have raised a huge storm.

Admittedly, Khan and his team have been kicking up all kinds of conspiracy theories about the way the score was kept in the fight, but the latest revelations about the ‘mystery man’ – who has now been identified as Mustafa Ameen – seem to have a lot more weight.

It is important to understand here that according to the fight rules, only the judges, along with officials of the District of Columbia Boxing and Wrestling Commission and those appointed by the IBF and WBA were allowed at ringside, with no other person permitted to interact with them during the bout.

However, when watching the video of the fight, one can clearly see Ameen sitting next to WBA supervisor Michael Welsh at ringside and repeatedly interacting with him and even picking up the yellow scoring ticket, with all his actions seeming to be completely against fight rules.

Although the IBF has confirmed that Ameen is affiliated to the body, it should be noted that he was not the official appointed by it to sit at ringside, which again makes his presence there seemingly unlawful. Now whether Ameen actually had anything to do with doctoring the judges’ scorecard or not is completely conjectural. Yet it cannot be denied that the Khan camp is within its rights to question his presence at ringside and ask Welsh what took place during his interaction with him.

Considering the significance of the fight, one can only hope that Khan’s appeal, which is set to be heard on January 19 and will also see Ameen make an appearance, will clear the whole situation and the bitterness that has followed the bout will die down. 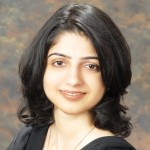 WRITTEN BY:
Amna Lone A sub-editor for The Express Tribuneâ€™s editorial pages.
The views expressed by the writer and the reader comments do not necassarily reflect the views and policies of the Express Tribune. Khurshid Khan's dismissal was uncalled for

Mark Umscheid | 9 years ago | Reply Despite whatever controversy that surrounds "The Man in the Black Hat", a rematch should be mandated based on Joe Coopers, clearly controversial, and apparently biased point deductions, two total, in the fourth and 12th round. Anyone that watches the fight, despite Max Kellerman saying he Khan was repeatedly warned for "pushing off" before the first point deduction, early int the fight, which is technically illegal needs to consider this within this fight in the hometown of the challenger, Peterson, and the venue the referee, Joe Cooper was sanctioned in, namely Washington, D.C.. Firstly, there are so many things that could be called in illegal in boxing match, amateur and professional. Unless it is excessively done, and taking into account history, without a clear and concise warning, a point is never deducted, and the offense is overlooked. The hometown referee Joe Cooper, deducted a point from Khan, with no clear warning at all, and no real reason to because he wasn't even doing it excessively at that point. If you listen to the match, you hear Cooper warning equally Patterson for not raising his head, and basically lowering and using it as a battering ram to push Khan against the ropes in the second, third, fourth and all subsequent rounds. This is also, a tactic of recent some fighters have used, blatantly or not, that have caused fights to end in headbutts and cuts therefrom. The only comments before the first point deduction from Khan, were in passing by Cooper, and mainly for "pushing down" not "pushing away" as cooper lowered his head. Never was he warned directly, yet a clearly rarely called foul, in a championship fight, that many fighters used repeatedly including Muhammad Ali and George Foreman, was called and a point deducted without any warning. BLATANTLY A BIASED DECISION, BASED ON THE HISTORY OF BOXING, AND FROM ALL HBO COMMENTATORS (MAX KELLERMAN, JIM LAMPLEY, HAROLD LETTERMAN, AND LARRY MERCHANT). Furthermore, Peterson, who fought a good fight, was repeatedly warned for coming in head first with his head low, which served as a battering ram and a potential for a cut from a headbutt but no point was taken. Also Peterson, made clearly one low blow, caught by HBO, and several more that Joe Cooper didn't even address. In addition, the only name Joe Cooper called out in subsequent rounds, at least five times per round, was Khan, for tying up Peterson because he was coming in with his head held low, with a great likely hood of a a headbutt, as well as a form of "pushing". Finally, in the last round of a championship fight, to take away a point, a second time, without any clear warnings, has to be considered corrupt, whether conscious or unconscious. That is all one needs to know. Due to the not one, but two, never witnessed, and certainly without a warning, biased fouls called by the referee it cost Khan the fight according to judges score cards. For if only one foul, which would be disputed was called, Khan would have won a unanimous decision, instead of losing a split decision. And those are the indisputable facts.
Jaahil | 9 years ago | Reply this is boxing, not cricket..stop comparing it guys..in boxing alotta things are normal, legal which have no place in "gentlemans" game..move on!!
VIEW MORE COMMENTS
Abrar R | 9 years ago | Reply He needs to beat him .. and move up a weight asap so as to be able to compete with the big dogs. carrying the loss forward will only hurt his repo, considering lemont isnt considered a top quality box.
Abhi | 9 years ago | Reply are you talking about match fixing here?
zezu | 9 years ago | Reply Not a chance for overturn!!! Billions in betting cannot be reversed. My advice, fight for another battle and win.
Jaahil | 9 years ago | Reply I have been a huge AK fan since his showing in Olympics, thats even before when most of the Pakistanis apart from the ones UK even heard his name. He needs to learn other recent big fights which turned out to be controversial but all the boxers moved on. Even Maidana who considered his bout with AK controversial moved on even after AK rejected his rematch offer. AK has already taken it too far, but he needs to move on after January 19th, otherwise he will pretty much be hurting himself. the rematch is not too faraway so he just needs to concentrate in that fight now because Peterson has an obvious advantage. He will still be fighting in his home country so in conclusion, the sooner AK moves on to concentrating in boxing, the better off he will be.
Hatu | 9 years ago | Reply Good one
Sindhvoice | 9 years ago | Reply Winning and loosing is part of game. He is talented boxer, he will win next time. So dont sink your heart and accept the defeat of AK because once decision is done, the fate of match is decided.
Replying to X
Saved ! Your comment will be displayed after the approval.
Error !
Error! Invalid Email.