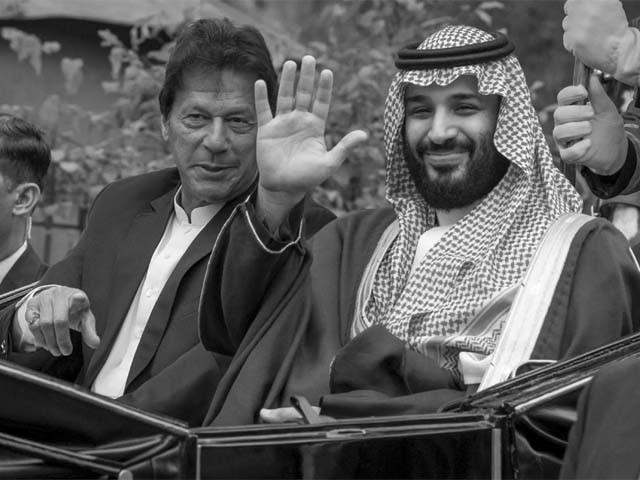 Why has there been a shift in Pakistan’s relations with the Middle East?

Pakistan’s relations with its long-standing allies in the Middle East have become strained since its decision to remain neutral in the Yemen war. The Middle East, for decades, has been one of the primary sources of financial and monetary support for the Pakistani state as well as the Pakistani people. Based on strong and deep religious affection, Pakistan has provided security for the Holy Places, sensitive installations, and other critical infrastructure in the region – especially to the Kingdom of Saudi Arabia. However, in the last few years, geostrategic compulsions have compelled Pakistan to adopt a balancing act in order to safeguard its core national interests.

The recent telephonic conversation between Pakistan’s Prime Minister Imran Khan and the Saudi Crown Prince Mohammed Bin Salman is the first step towards rehabilitating this strategic relationship. For the last few years, misgivings and misperceptions have developed between Pakistan and its allies in the Middle East. It is necessary to identify and address them if a sustainable and comprehensive rapprochement is desired. The recent geostrategic developments have allowed the old allies to once again recalibrate their strategic orientation. While there are challenges that would need to be avoided, there also exist opportunities that need to be seized.

In order to understand what has compelled the Middle Eastern states to revisit their Pakistan policy, it is necessary to assess the changing regional security architecture because the geostrategic environment is changing in the greater Middle East. During Donald Trump’s presidency, the United States applied the full spectrum of coercive tactics against Iran. The Joe Biden administration on the other hand is seemingly attempting to revive Iran’s nuclear deal.

Similarly, Iran and China have signed a 25-year strategic cooperation agreement recently in March 2021; with China pledging to invest $400 billion in key Iranian sectors such as energy, infrastructure, defence, and banking. This cannot come as a shock to anyone in the Middle East, but it does change the regional strategic calculations. China is Saudi Arabia’s largest trading partner, and now it has also emerged as Tehran’s strategic partner in the region. How well the Chinese balance the tricky Middle Eastern political landscape is perhaos a debate for another time, but one thing is clear – there is a divergence of interest between the Middle Eastern countries and both America and China. This breeds insecurity amidst the Gulf nations and is one of the reasons for their rapprochement with Pakistan.

But before the rapprochement, the Gulf States must develop a balancing act between India and Pakistan. In the last few years, India has developed close strategic relations with most capitals in the Middle East, and often at Pakistan’s expense. Riyadh’s decision to sign a strategic partnership pact with India back in 2019 is a cause of genuine concern for Pakistan. Similarly, the Gulf Cooperation Council (GCC)’s deliberate silence when it comes to condemning Indian atrocities in Indian Illegally Occupied Jammu and Kashmir (IIOJK) has repeatedly perturbed Pakistan – realising that strategic compulsions have forced the GCC member states to practically do anything. But the council’s decision to not even offer lip service in this regard has been seen by some as punishment for Pakistan’s refusal to take sides in the Yemen war.

In the aftermath of India’s decision to unilaterally change the status of the disputed region of Jammu and Kashmir, the Pakistani leadership hoped to garner support from its allies in the Middle East. That support never came. Pakistan protested against the role of the Organization of Islamic Countries (OIC) with regards to the Kashmir conflict. However, there are speculations that the United Arab Emirates (UAE) has played an important part in deescalating the tension between India and Pakistan. In this regard, the joint declaration upholding the ceasefire agreement of 2003 is believed to be a result of back-channel diplomacy brokered by UAE officials.

Another reason for the rift between Pakistan and the Gulf states was Pakistan’s decision to not boycott Qatar during the growing rift in the Middles East. But Pakistan could not afford to pick sides and this Pakistani compulsion to not pick sides is ideological in nature. Now that the Qatar-GCC conflict is over, both sides would be able to complement Pakistan’s role in the mediation of the conflict.

Pakistan is in the midst of changing its priorities from geostrategic to geo-economic. Pakistan wants to strengthen its economy and requires foreign investment to shore up the economy. The Saudi Crown Prince was in Islamabad in 2019 and inked deals worth $20 billion, which included an oil refinery and petrochemical complex in Gwadar. But these projects haven’t materialised in the last two years. Hence, it is time that both states take comprehensive steps to ensure the financing for the project.

Presently, both Pakistan and the Middle Eastern states have realised the changing regional geostrategic dynamics. There seems to be an acceptance of the fact that the recent past cannot determine the future. Both Pakistan and the Middle East can complement each other since they share a long history of cooperation. Islamabad currently needs financial partners to implement its economic agenda, while the Middle Eastern states require a semblance of regional security structure that protects their geostrategic interests – something which Pakistan can provide.

The writer is a Senior Research Fellow at the Strategic Vision Institute, Islamabad. He can be reached at @dtarriq. 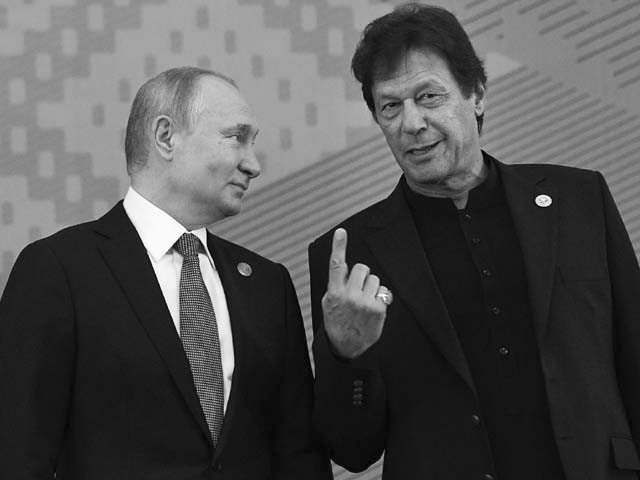 What do closer Russia-Pakistan ties mean for the region?

Banning TLP is not sufficient. Pakistan needs to be a modern Islamic state not a Medina state. Definition of Median state can differ from Muslim to Muslim and maulana to maulana. Taliban and TLP are on one page on statement of Medina state and Pakistan and ideology of Medina state. And that ideology will be implemented in Afghanistan and Pakisatn will follow after departure of US Nato army from Afghanistan.