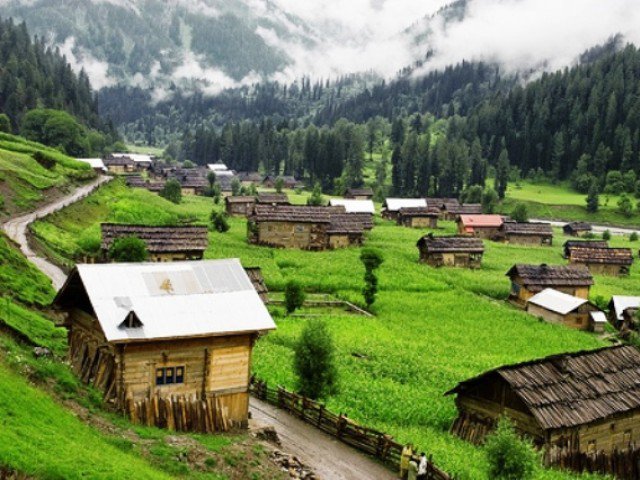 Why were reforms for Azad Jammu and Kashmir necessary?

Many bureaucrats were against the ask, claiming that implementing reforms will be like separating AJK from Pakistan
Usman Khan Yousafzai April 02, 2021

Pakistan has not been able to highlight how the introduction of the 13th amendment to the Azad Jammu and Kashmir (AJK) Constitution brought autonomy to the region. Today, there are talks for bringing reforms to Gilgit Baltistan but to understand the need and nature of these; we must understand the autonomy brought to AJK through the amendment.

Since 1950, the region of AJK had been a playground for the Pakistani administration, with the promulgation of the ‘Azad Jammu and Kashmir Interim Act 1974’ bringing a new wave of exploitation that almost brought the region to the brink of collapse. The heavy hands of the new Kashmir Council (KC) saw the region ruled directly by Islamabad and the promise of freedom, for which the 1947 war was fought, was not fulfilled.

During the 2010s, the Pakistani government, finally noticing the growing discontentment, began immediate negotiations with the AJK government to ensure more autonomy for the region. The chances for this increased when Pakistan Muslim League-Nawaz (PML-N) formed governments both in Pakistan and AJK. Leaders including AJK President Sardar Masood, Prime Minister Raja Farooq Haider and Farhat Ali led the call for reforms.

Many bureaucrats were against the ask, claiming that their introduction would be like the separation of AJK from Pakistan. The only thing all of them had in common was that they benefited from the predatory policies. The Ministry of Kashmir Affairs and Gilgit Baltistan were severely against this amendment and repeatedly declared that this change was not in the interest of Pakistan or the Kashmir issue. The KC, which was to be a bridge between the two nations, had become a supra-constitutional authority that was trying to make sure that bridge between the two regions would be burned to rubble.

Despite the opposition the bill was placed in a joint session of the legislative assembly and not only did it pass the very same day but also gained the AJK president’s approval on June 1, 2018, making it one of the only amendments that was not directly approved by Islamabad or the KC.

The 41 page amendment brought changes to over 44 sections, removing the KC’s legislative control over administrative and financial matters. Considering the size of the Interim Constitution of 1974 Act, this ended up amending nearly two thirds of the AJK Constitution. The 13th amendment bought respect and sanctity to a constitution that was merely treated as an act before to ensure that those in Kashmir have a right to self-determination. The preamble to the act was also amended and it states that autonomy is the right of the people of the region and such through a democratic method is for better governance and the uplifting of the socio-economic conditions of Azad Kashmir.

This justification was based on the concept of ‘Local Authority’ that the United Nations had advised both nations to protect. To convert this act into proper constitutional framework, the amendment also substituted the words act, section and sub-section’ with constitution, article and sub-article respectively, while also changing its name from ‘Azad Jammu and Kashmir Interim Constitution Act 1974’to the ‘Azad Jammu and Kashmir Interim Constitution 1974’.

The amendment omitted words like joint sitting to empower the assembly and also removed the definitions for advisor and service of AJK, which were positions meant to empower the control of KC and Islamabad. The objective of this amendment was to secure the autonomy of Muzaffarabad, which could only happen if the government was empowered. To accomplish this 13th Amendment also added principles of policy, which gave the responsibility of the state to the government of Muzzafarabad. The principles were placed by adding Article 3A to 3J. The policy worked towards empowering women and increasing representation of the people especially those that did not have proper representation.

The amendment ensured that the rights to fair trial, education and information were granted to the people and that it was the state’s responsibility to ensure their provision. The amendment also included the protection of local culture and language in the list of fundamental rights.

To control the powers of the executive and to combat instances of gifting ministries, the amendment maintained that the AJK Cabinet will not consist of more than 30% of the total membership of the assembly. It also limited the appointment of secretaries and advisors to a maximum of two for any function but now they could only be appointed by the AJK prime minister. The major change here was the removal of the option that allowed for ministers to be made from the KC that led to their members dominating the executive structure of the region.

Article 31 brought increased legislative power to the AJK Assembly, through the Third Schedule being divided into two parts. Part A pertaining to defence, security and trade was given wholly to the Government of Pakistan while Part B, which included natural gas, electricity, terminal taxes, railways, boilers, census, medical and legal laws, was handed to the AJK. This division ensured that the AJK Assembly will be able to pass laws without consent from Pakistan’s government. Additionally the AJK Assembly could now also pass laws on any matters that were not mentioned in the Third Schedule.

The control of taxes was also given to the AJK Assembly through Article 31, Sub Article 5, where previously all taxes were kept by the Kashmir Council and funnelled to Pakistan. The right of amending the AJK Constitution was also taken away from the KC. Article 35 was omitted that let the KC pass bills without the approval of AJK’s president.

Previously emergencies were also declared in AJK the way they were in Pakistan and with the consent of council’s chairperson, however the 13th Amendment, taking inspiration from the 18th Amendment, ensured that the AJK Assembly could not be dissolved prematurely.

On July 2, 2018, the region of Azad Kashmir truly became an autonomous state that could boast independence on many matters. While the people of AJK and its government celebrated, some were angered enough to file cases in Pakistan’s courts. Since 2018 there has been a movement to reintroduce the powers of the Kashmir Council, a cause that should be opposed at all costs since it will be a return to the dark ages for AJK, the kind that Gilgit Baltistan are still in today. This is precisely why it is of extreme importance to protect the rights given to AJK while also ensuring that Gilgit Baltistan is offered the same level of autonomy if not more. 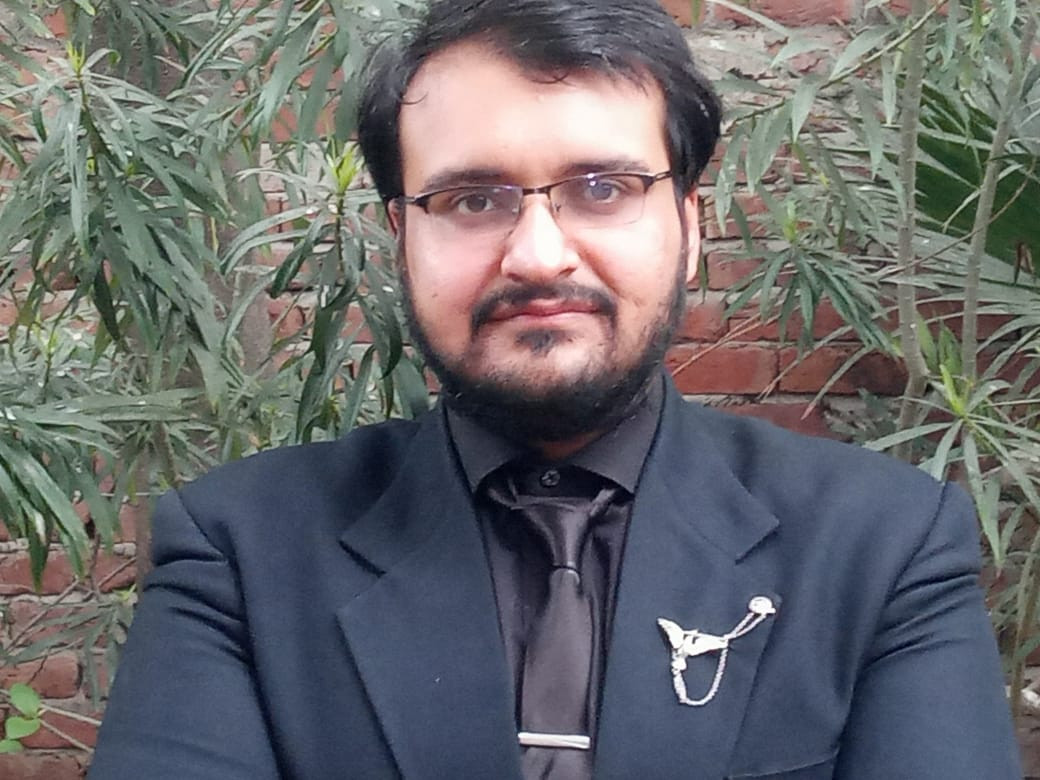 The writer is a lawyer working at BRU Law Associates. He has authored “1963 Sino-Pak Treaty; A Legal study” and is currently writing on the Constitutional Governance of Azad Kashmir. He has a Masters Degree in History and enjoys dabbling into historical research. He can be reached at [email protected] 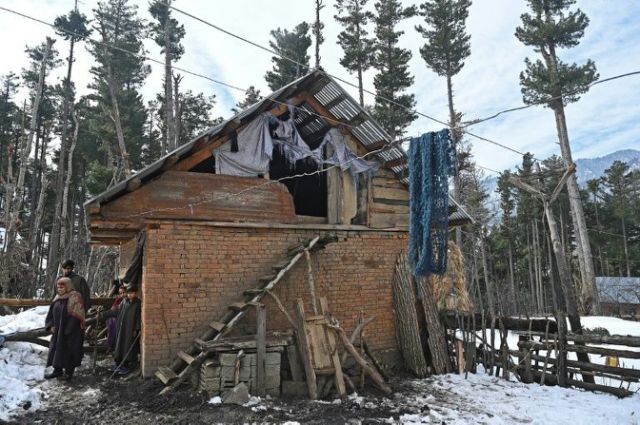 The forgotten Poonch revolt: A stain on our history

It is very important to highlight these amendments through social print and electronic media. Citizens of AJK mst know their rights in order to protect them. Thanks to Mr. Ghulam Murtaza Khan

I disagree ... I firmly believe the point of autonomy or whatever is useless now .. the time has gone .... whatever decided in the past will never works in the future ... not even referendum will bring peace and stability in Kashmir. The shift of doctrine will affect the region of Kashmir. And as far as AJK is concern autonomy or no autonomy there is new thinking and narrative is growing in AJK although that thinking is so young and in early stages but that will one day become a revolution. That thinking rejected the Current political leadership and current political structure so the concept of autonomy or Islamabad having powers over AJK is completely pointless and wastage. One cannot deny the change . That will occur one way or another.

There are good things in 13th amendment but it is quite surprising as to why the superior judiciary s appointment matters were overlooked in the amendment. Then was the opportunity of settling this matter also satisfactorily. Currently this matter is real matter of concern.

Wonderful info. I m a Kashmiri and wasn t aware of this amendment.