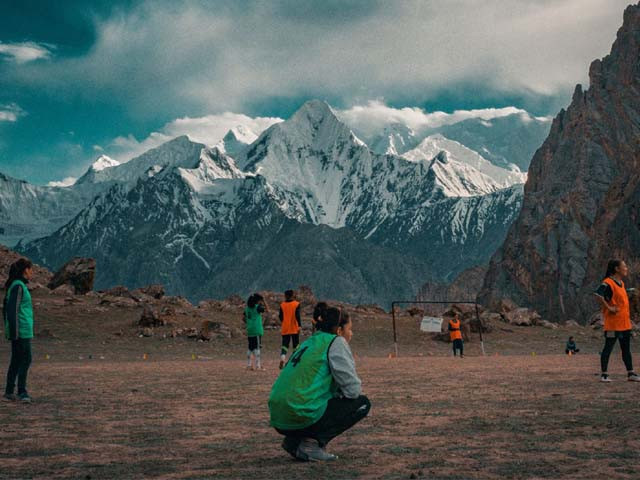 How to give female athletes in Pakistan a level playing field

Karishma Ali, a football player from Chitral, is listed as one of the disruptors of society in 30 Under 30 in Asia in Forbes Magazine. 15-year-old Azha, a badminton player from a small town in Punjab, has not read this report but she has her own athletic aspirations. Azha knows firsthand that athletic goals for young women in Pakistan are rarely fulfilled and she is aware that athletes like Karishma are trailblazers. Like many desires that go against cultural expectations, athletic dreams are killed before they are born. Azha also knows why Karishma talks of “secrecy” and “security” for women who pursue sports in Pakistan.

“We really need to raise our voices for women’s rights'' says Azha when I ask her about gender equity in sports. “Leagues like PSL are given more value than any of the leagues played by women,” she complains. She is adamant about gender equity on all levels of life.

A badminton player for the past three years, Azha wants to pursue her passion for the game and join a competitive league. Her parents are supportive, but sports facilities are not available in her town, at least not for women. This is just the beginning of the challenges she faces.

She is aware that by not pursuing her passion, she, and her community, has much to lose. Studies show that by participating in competitive sports, Azha’s academic scores are likely to be greater than that of her non-athlete peers. She will have a higher level of confidence and self-esteem and lower levels of depression. Even after she graduates from university, she is more likely to get a full-time job. She is likely to outperform her non-athletic female and male colleagues. Why would she hold her back from such academic, emotional, and professional gains?

Her fear, however, supersedes her loss. “I don’t think that I would be brave enough,” she says. She elaborates on this fear, “We would not be accepted by society anymore.” Studies and news reports on female athletes in Pakistan reveal that Azha is not alone in her fear.

Track and field athlete, Shazia Hidayat, who qualified for the 2000 Sydney Olympics, received death threats and was attacked physically and verbally until she decided to leave the country.

This level of fear is astounding. Please let that sink in. A teenager says she is not brave enough to compete in a game that she loves playing. What kind of society would allow this level of intimidation?

Azha is probably not aware of the legislation that should ensure her safety in public spaces. As she reminds me, her family is very supportive, but there is an insidious fear when she continues discussing her passion. She worries she’ll be “attacked” by any action she might take. This is not surprising.

Take the case of the female football players in Karachi a few years back. When Hina Javed, a football coach from Sydney, Australia, held a football camp, the young athletes were inundated with an onslaught of insults in person and online. Considering the vile comments, these athletes reacted with humor and maturity beyond their years.

But there is hope, just last week, the Pakistan Olympic Association “pledged to create a conducive environment for female athletes”. It will be interesting to see how far these efforts impact those who feel emboldened to impinge on the freedoms of their fellow citizens.

Why do these young women face such a high level of discrimination on the “basis of sex alone”, to use terminology from Article 25 of the Constitution of Islamic Republic of Pakistan? In addition, “Articles 25(3) and 26(2) allow the state to make special provisions for the protection of women and children.” And then “Article 26 & 27 provide for equal access to public places”. Is more legislation needed to ensure security and equity for female athletes?

An analysis of women in athletics over the past few decades will reveal the impact (or lack) of this legislation and might suggest that more is needed. Despite her own aspirations, Azha is not aware of her mother’s experiences as a teenager. Like most young people her age, Azha cannot imagine her at fifteen. She can’t say whether her mother had wanted to be an athlete.

I, on the other hand, grew up in Pakistan around that time, in the 70s and 80s, and I have firsthand experience of young girls and competitive sports of that time. Like Azha, my parents were on my side. My mother played field hockey and tennis in school. She encouraged me and my three sisters to stay physically active through sports. She introduced us to tennis and rounders. Later, I played badminton, netball, and then I learned to swim. When I began my career as an English teacher in Faisalabad, I took on the responsibility to teach my female students how to swim. The school where I taught had a swimming pool.

Before that, as a student, first at Government College for Women, Faisalabad, and then as a graduate student at Lahore College for Women, I did not participate in competitive sports offered at that time, basketball, tennis, and badminton. Neither of the institutions had a swimming pool. I might have considered participating if the facility had been available.

But another unnecessary restriction I placed on myself was the assumption that participating in competitive sports would have a negative impact on my studies. This perception prevails restricting parents from encouraging participation in athletics. If only I had known how the benefits of participating in such activities would far outweigh my concern around grades. That investment in my physical well-being would have reduced my risk of Cardiovascular diseases, Diabetes, Osteoporosis, and Breast cancer. According to a WHO report, lack of opportunities for physical activity for women in developing countries is the main cause of the above mentioned diseases.

Eliminating harassment and threats, however, will take a multigenerational restructuring of education and society. It will require an understanding of the policies and practices that ensure safety for women. Scandinavian countries, even countries like Malaysia, have increased safety for women and are worth studying.

Some might argue that sports are not a priority at this time. But the reality is that gender inequity in athletics programmes, like in all spheres of life in Pakistan, is enormous. The public is continually made aware of this inequity by female athletes: Karishma tweets, “Javeria is an 8-year-old girl who plays football in the Chitral women’s sports club. This is her first-time playing football. Imagine what she would do if she was provided with better facilities. Earlier this year, tennis player Oreen Jasia complained that “Pakistan Tennis Federation (PTF) does not support the local players if they want to train at the facilities in Islamabad.”

Granted schools and colleges of either gender do not have the kind of support needed for comprehensive athletics programmes. However, since their inception, government subsidized public schools for boys have provided sport facilities unequaled to what is given to girl’s schools. To demonstrate full compliance with Article 25, data-analysis can highlight these inequities. Localised studies can inform how to ensure they are eliminated. If students like Azha are aware of their rights as citizens of Pakistan, they will be empowered to ensure those rights are met.

My own understanding of the support and facilities required for student athletes became clear when I returned to the world of athletics as Dean of Athletics at a college in California. The importance of legislation ensuring decision making became clear during my tenure. It is not easy to balance all decisions in such matters; however, the intentionality of decision making based on legal expectation can ensure equitable decisions. In the case of the programme under my supervision, Title IX, an Educational Amendment ensured equity in athletics. The college was legally required to follow through on this expectation. All aspects of the programme were considered: facilities, recruitment, personnel, instruction, and academic support, to name a few. Like other educational endeavors, fulfilling these requirements was a challenge, but the intentionality makes those responsible aware of their charge. Athletic programmes, whether for men or women, have unique needs: designating space, maintaining fields, providing locker space, purchasing equipment, funding travel, all elements necessary for successful athletic programmes.

For female athletes in Pakistan, however, safety is paramount to ensure Azha can fulfill her dream to pick her racket and “to be fearless...confident enough to stand in front of thousands of people playing my favourite sport.” 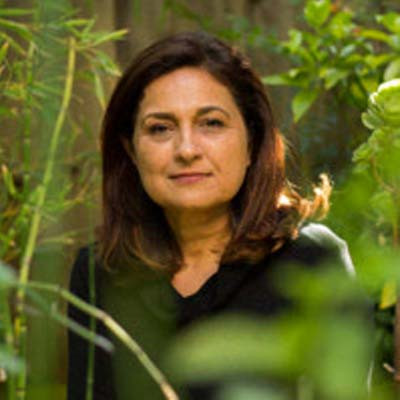 The writer’s debut novel, Wild Boar in the Cane Field, was shortlisted for Pakistan’s UBL Literary Award 2020. She holds a doctorate in International Education, and a few other degrees in English, Philosophy, and Arabic. She has taught at San Mateo Community Colleges, University of San Francisco, Lahore University of Management Sciences, and Stanford University. She co-founded Tillism طلسم – Magical Words from around the World, a blog of literature and memory.

Very well written and informative article . Sadly sports are looked down upon as well in parts of Pakistani society partly because of the fear that the girls may start looking masculine and marriage prospects will be limited and reputation will be tarnished . Great research

Writing again as your site crashed earlier. A very apt article. We at POA have done a lot for gender equality at the executive and administrative level. However at the grass root level the government has to ensure equal opportunities through provision of infrastructure facilities and encouragement. Could send you details for the way forward if so desired if so desired.