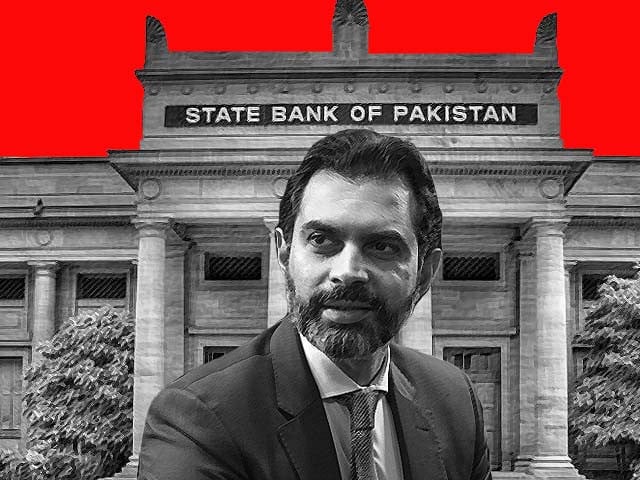 Should the State Bank of Pakistan be given greater autonomy?

In reality, autonomy is needed for the government from the influence of the SBP’s decisions
Dr Atiqur Rehman March 24, 2021

Currently, one of the most discussed issues in Pakistan’s economic circles is the “cabinet’s recent approval of a draft law to make the State Bank of Pakistan (SBP) more independent of the federal governmentautonomy”. However, many people mistakenly assume that the government plays a dominant role in the SBP-federal government nexus. In truth, the SBP has had a dominant role in many crucial cases and possesses greater, often questionable autonomy. Some of the most crucial decisions are made by the SBP, which the government is bound to follow, such as the size of the budget deficit and the accumulation of public debt.

The government has achieved balance in the primary budget in the past two years. The primary budget means the budget excluding debt related payments, while the balanced primary budget means the income and expenditures excluding debt related payments are balanced. Despite this, the total budget deficit for the year 2019-20 has been more than 8% of the GDP. Not a single rupee in the federal budget is allocated for the repayment of domestic debt, while debt related payments cover the markup, with this 8% of the GDP going to markup payments. The markup payments are determined by the policy rate that the SBP decides. This means that is the SBP which decides how much the fiscal deficit will be in the government’s budget. This deficit is financed by further borrowing from commercial banks and the burden is added to the public debt stock. Therefore, the speed of accumulation of the debt stock is also decided by the SBP.

In April 2018, when PML-N government was preparing its final budget, the domestic public debt stock was around 16400 billion and government reserved 1391 billion to finance markup on it. In April 2019, when the PTI government was preparing its first budget, the debt stock had risen to 18500 billion; up by14% up in the space of 12 months. In the budget for FY 2019-20, the government reserved 2531 billion for markup payments, 82% up from the allocations in the previous year. The reason for this disproportionate growth is the policy rate which was raised by the SBP. The policy rate during this period rose from 6% to 12.25%, thus raising the markup payments so sharply. The rise in policy rate resulted in an additional expansion of one trillion in the fiscal deficit. The government was just a bystander, looking silently at the policy rate hike. The only concern of the government is a continuous acquisition of debt, regardless of the cost of borrowing. When the fiscal deficit rises, the government feels pressure to reduce the deficit, and opts to reduce subsidies, cut government spending, cut the allocation for development and rise in taxes. Therefore, changes in all these indicators are an indirect result of the decisions of the SBP.

On the other hand, the SBP at present is not subject to any accountability. In the current fiscal year, PKR 2631 billion are reserved for markup payments, and this huge amount is needed only due to the SBP’s choice of such a high policy rate. The only reason stated by the SBP for keeping the policy rate so high is to control inflation, which means this money is actually a fee to limit inflation. Despite this huge allocation, the inflation today is much higher than it was in the past when the policy rate was lower. This creates doubts about the effectiveness of the monetary policy. In fact, there are economic theories arguing that a higher interest rate increases the cost of production which may lead to higher inflation. A paper available at the SBP’s website by an International Monetary Fund (IMF) affiliate supports this cost side theory for Pakistan. In such a situation, it becomes the duty of the SBP to evaluate the effectiveness of monetary policy. Unfortunately, the SBP had never conducted any audit or evaluation with regards to the effectiveness of the monetary policy. The government, which is the custodian of the rights of the public, has not asked the SBP to present much evidence in support of the monetary policy, which has had financial implications worth several trillions.

The Central Bank is the institution whose decisions can change the business environment and impact crucial economic indicators like unemployment, budget deficit, speed of accumulation of debt and progress towards many of the Sustainable Development Goals. These are the variables which the government must deliver on, but the crucial decisions are in the hands of the SBP. Therefore, in reality, autonomy is needed for the government from the influence of the SBP’s decisions and the implementation of a system of accountability is required to ensure that the SBP is helpful to government in the achievement of its agenda.

The writer is an Associate Professor and Director at the Kashmir Institute of Economics, University of Azad Jammu and Kashmir.

The govt was not a mere bystander when the debt burden was accumulating. All the decisions were in line with the IMF requirements for which the governor SBP was appointed. The inflation could not be lowered to 1-2 in a country like Pakistan because inflation would sky rocket.

Agree that SBP be given autonomy but no immunity as it is being projected. SBP cannot be given the power to act with impunity that may compromise national interest and security.

Through your informative article I come to know that the political government faces the problems in payments of the markup on loans. yes being a student of Economics I agree that monetary policy have indirect effects on the fiscal side. therefore this area must be explored by both academia and public policy framing institutions. their joint collaboration will be effective and will be applicable if the government wants. thank you for your informative article.

An articulated n well written article on the subject with the purpose to make people fairly understand the underlying issue.