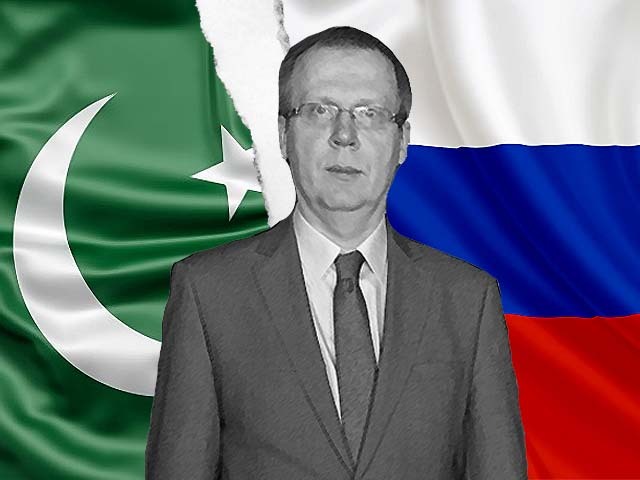 Why did the Russian ambassador to Pakistan describe his country as a “developing” one?

Nobody should mistake Russia’s renewed prominence as an aspiration to restore its lost superpower status
Andrew Korybko February 12, 2021

Russian Ambassador to Pakistan Danila Ganich described his country as a “developing” one while participating in a webinar on Tuesday on “Russia Pakistan Relations — Over the Years and Future Aspirations” that was held by the Karachi Council on Foreign Relations. His exact remark was reported by Dawn as follows:

“Russia is a developing country, too. We are not a superpower as the USSR once used to be. We have our own moderate resources. I’m not sure Pakistan should expect a lot of investment from Russia at present. What we’re looking for is a mutually advantageous investment which will give us some profit. We are not going to finance like grants or concessional loans. But we are ready to engage in mutually advantageous enterprises — if any — though I don’t see any on the agenda which will give us mutual profit.”

Some observers might have been surprised by Ambassador Ganich’s candidness in acknowledging Russia’s enduring developmental difficulties considering its recent revival as a Great Power that’s increasingly held in high regard by the international community, but this was actually a very pragmatic statement to make from the perspective of his country’s soft power. Russian publicly financed international media outlet RT reported back in December 2013 that President Putin himself said,

“We have always been proud of our country, but we do not aspire to the title of superpower, which is understood to be pretence for global or regional hegemony. We do not impinge on anyone’s interests, do not impose our patronage, do not attempt to lecture anyone on how they should live.”

In other words, nobody should mistake Russia’s renewed prominence in international affairs as an aspiration to restore its lost superpower status from the Soviet era. As I explained at length in my May 2018 analysis about “Russia’s Grand Strategy In Afro-Eurasia (And What Could Go Wrong)”, the Eurasian Great Power’s 21st-century grand strategic ambition is to become the supreme “balancing” force in the Eastern Hemisphere, to which end it’s creatively leveraging its diplomacy by reaching out to non-traditional partners such as Turkey, Saudi Arabia, Azerbaijan, and Pakistan in what I described as its “Ummah Pivot”. This takes several forms such as traditional diplomacy, “military diplomacy” (the use of military means such as arms sales and limited anti-terrorist interventions to achieve political aims), and “economic diplomacy” (strategic investments).

About the last-mentioned, Russia isn’t in a position to repeat the model of generous aid and investments that was first pioneered by its Soviet predecessor due to its enduring post-Soviet systemic economic challenges. Although macroeconomic indicators remain impressive, there’s still high income inequality in Russia today. This has resulted in delayed progress in resolving some sanitary problems, as noted by The Moscow Times in 2019 when citing domestic news reports referencing official government statistics. Moscow, Saint Petersburg, and a few other major cities aren’t as adversely affected as villages and small towns, but nevertheless, RT reported in 2013 that “One-fifth of Russian city apartments have no hot water, one-tenth no plumbing or heating”. Quite clearly, while Russian living standards have improved in recent years, a lot of work still remains to be done.

President Putin directly tackled many of his country’s domestic difficulties during his March 2018 address to the Federal Assembly. I pointed out the most important of these in my analysis at the time about how “It’s Okay To Constructively Criticise Russia, Even President Putin Does It!”, which should be read by interested observers who want to learn more about Russia’s many developmental challenges. With this in mind, Ambassador Ganich was just reaffirming reality when describing his country as a “developing” one earlier this week. The contextual relevance in doing so was to temper excited Pakistani expectations about potentially forthcoming massive flows of investment from Moscow. There are indeed some in the pipeline, but they’re strategically focused and aren’t as comprehensive as those that China or the US usually make in other countries.

RT reported in December 2019 that “Russia looks to invest in Pakistan in a big way” following the four-day visit of Russian Minister of Industry and Trade Denis Manturov to the country with his 64-member delegation. The outlet noted that “Earlier this year, Russia promised a $14 billion investment in Pakistan’s energy sector, including $2.5 billion for the North-South pipeline project.” Additionally, it revealed that “A Russian company has developed a project to convert the Muzaffargarh thermal power station to coal and establish a 600-megawatt coal-fired power plant at Jamshoro” and that “Moscow will also help to construct a railway track from Quetta to Taftan.” These are all promising signs of unprecedented Russian investment interest in Pakistan, but as Ambassador Ganich said, they must be mutually profitable which he doesn’t regard some as being.

Russia’s post-Soviet investments tend to focus mostly on the extraction (energy and mineral) industries due to the country’s world-class expertise in these spheres. It’s rare for Russia to invest in the commercial or transportation sectors like China does, though Moscow might eventually feel compelled to do so in strategic ways with some of its partners due to contemporary pressure to compete with its peers in “economic diplomacy”, which is one of the leading trends of the 21st century. Such projects usually take longer to receive a return on investment, which also might not be as high as the ones that are expected from extraction industry investments, but everything nonetheless seems to be moving in that direction. Russia would thus do well to scope out CPEC-related opportunities upon that megaproject’s completion in order to reduce investment costs.

Pakistan’s unofficial CPEC+ vision aims to turn the South Asian country into the global pivot state by capitalising on its Chinese-funded infrastructure projects in order to project influence along the northern (N-CPEC+), western (W-CPEC+), and southern (S-CPEC+) vectors. The first of these three is most directly relevant to Russia since President Putin said in October 2019 while speaking at the Valdai Club’s yearly summit that “There is one more prospective route, the Arctic – Siberia – Asia. The idea is to connect ports along the Northern Sea Route with ports of the Pacific and Indian oceans via roads in East Siberia and central Eurasia” when talking about his country’s grand strategic connectivity vision for Eurasia. This perfectly aligns with Pakistan’s N-CPEC+ vision and can thus lead to strategic synergy developing between these two countries if the political will is present.

According to Dawn, Ambassador Ganich optimistically observed during this week’s webinar that,

“As for economic ties, the potential is not used to the fullest extent. My belief is that developments are taking place as they should. We cannot artificially accelerate the speed of our economic cooperation.”

In response to a question about using CPEC’s Gwadar port, he was reported to have said,

“We are developing our final position [on it]. Our position is taking shape. But what I do know is when this project is successfully complete there will be a great number of opportunities to use this facility. We are monitoring. We should take a look at it as soon as it’s complete.”

Even so, like the lead-in question of the present analysis noted, Russia is still a self-described “developing country” for the reasons that were earlier explained so Pakistan’s shouldn’t expect the same level of investment from it as it could from China and the US for example. Be that as it may, Russia has shown that it’s interested in practicing “economic diplomacy” with Pakistan through its earlier reported strategic investments that were confirmed by RT in December 2019 and Ambassador Ganich’s optimistic remarks about CPEC. Seeing as how they’re both “developing countries” to differing degrees, Russia and Pakistan understand each other a lot more than previously thought, which will boost trust between their governments. All of this inspires hope that the Russian-Pakistani rapprochement will continue at the present pace that both parties are comfortable with. 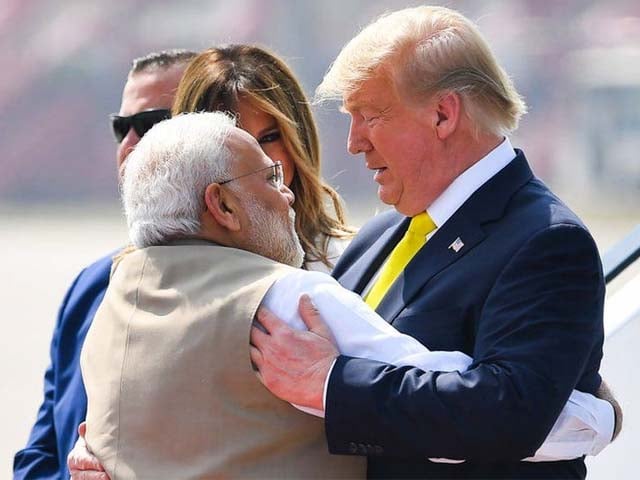 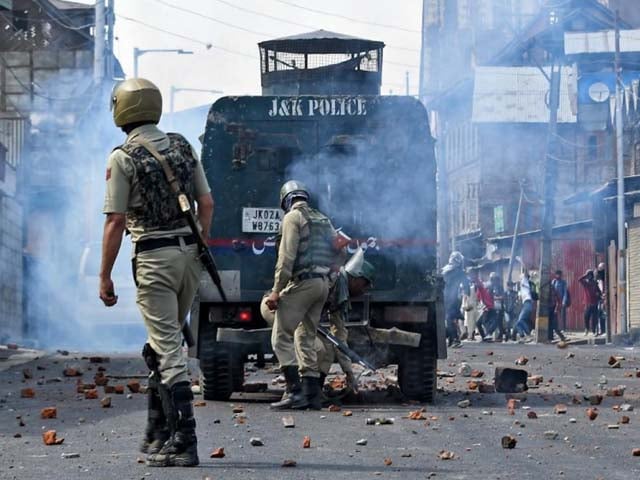 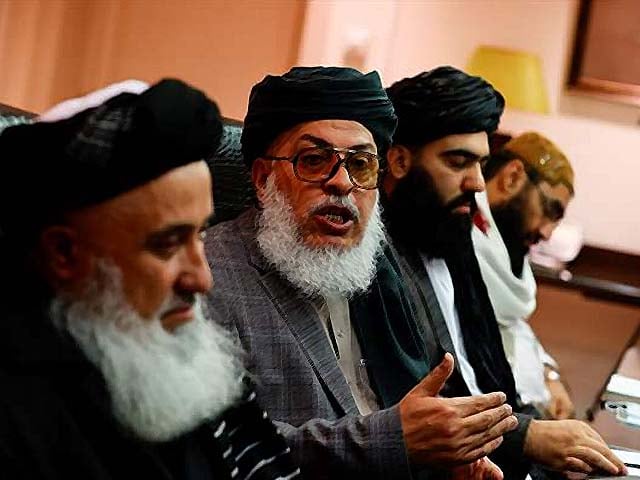 guess that s a true statement. Russia does have its own problems but as compared to a lot of European countries they are still a stable economy. If pakistan and Russia go for a mutual profitable relationship it is likely going to help a lot more.