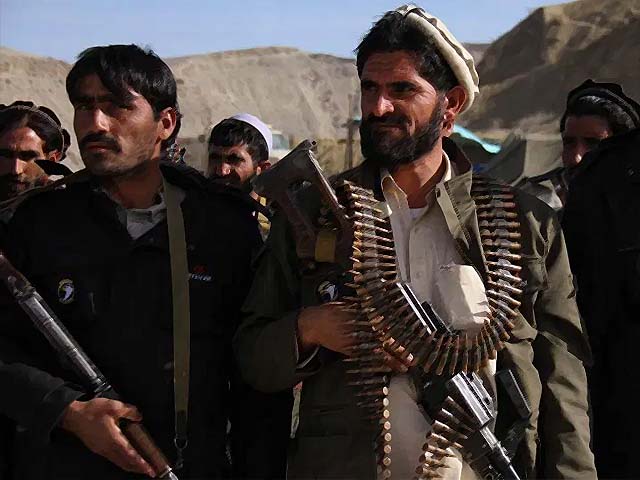 More than 400 residents of the Pachir Agham district have raised their weapons to fight against Daesh. PHOTO: AFP

Why is it so difficult to deal with Daesh in Afghanistan?

Daesh being a persistent threat to Russia, Iran and China naturally becomes a  shared interest for the US
Kashif Hussain September 23, 2020

According to the latest reports, Daesh’s Afghanistan wing – the Islamic State Khorasan Province (ISKP) – and al-Qaeda have been making efforts to establish a caliphate in Afghanistan’s northeastern Badakhshan province. In late April 2020, the province’s governor informed the media that the ISKP has joined al-Qaeda and is trying to establish bases across many districts with an aim to establish the Islamic Caliphate there. Meanwhile, a Commander of the Afghan Army’s brigade in Badakhshan communicated that many other terrorist organisations including, the East Turkestan, and the Islamic Movement of Uzbekistan (IMU) have direct links with ISKP. The location of Badakhshan province is a strategic one as it borders Pakistan, China and Central Asian Republic of Tajikistan, hence making it an easy access point for the outlawed extremist organisations and individuals, and posing a threat to the surrounding countries.

Since its inception in 2014-15, the ISKP has been expanding in size and been receiving a direct influx of fighters and patronage from Syria. The later inflow of defectors from outlawed organisations of regional countries, especially Central Asia and Pakistan, has further strengthened the ISKP. Additionally, many hardcore Afghan Taliban who opposed the idea of negotiations with the United States (US), have also joined ISKP. With this growing strength, the terrorist group has not only been able to conduct large scale attacks in the heart of Kabul but is also able to maintain a strategic rivalry with the Taliban across Afghanistan. Hence, with a direct confrontation with the Taliban inside Afghanistan and being a national security threat for Pakistan, Russia, China and Iran, the ISKP remains a key concern for them.

Keeping this in view, all the regional powers have been taking serious anti-terror measures. Moscow had not only offered its services to the US-led Afghan forces but also established a growing anti-terror cooperation with regional countries. Since the recognition of the Taliban insurgency, Russia has also played a crucial part on the diplomatic front. These include the Moscow Process, the significant quadrilateral grouping with the US, China and Pakistan and hosting direct Taliban meetings. Interestingly, Moscow’s recognition of the Taliban and increased cooperation with regional powers coincides with its fierce rivalry with Daesh in Syria, signalling the presence of ISKP related terror threat being the country’s core national security interest in Afghanistan.

In the same manner, Daesh’s use of barbaric tactics against minority religious groups, especially Shia Muslims, and the terror group’s humiliation at the hands of Iran in Iraq and Syria make ISKP a proximate threat for Iran. More importantly, Tehran’s participation could be instrumental in dismantling ISKP keeping in view Iranian successes against the terrorist group in the Middle East.

Similarly, Pakistan has also been successful in dismantling the extremist organisations, especially along the country’s northwestern border with Afghanistan. This became possible following the launch of the National Action Plan and a revitalisation of its strategic ties with Russia in 2014. By getting hold of much of the militancy, Islamabad has been able to mainstream the former Federally Administered Tribal Areas (FATA) and fenced majority of its 2430-kms-long border with Afghanistan. However, the presence of ISKP with outlawed members of extremist organisations like Tehreek-i-Taliban Pakistan (TTP) and Jandullah, and the existence of a small number of Daesh’s presence in its own territory, make ISKP a formidable threat for Pakistan. Many of the defectors considered outlawed in Pakistan managed to acquire top positions in ISKP and have planned and executed attacks inside Pakistan. These outlawed terrorists under the shadow of ISKP also attacked Pakistani security forces and labourers working on the border fencing.

Likewise, after recent reports about the terror outfits of East Turkestan, and the Islamic Movement of Uzbekistan having crucial links with ISKP and al-Qaeda, China’s threat perception regarding Afghanistan has increased. Therefore, Beijing has recently increased security check posts along the mountainous border with Afghanistan, with the realisation that the threat could only diminish and cease with efforts to hunt ISKP and al-Qaeda inside Afghanistan.

Notwithstanding these developments the US and the Afghan government are yet to discuss a regional mechanism to collectively treat this al-Qaeda-ISKP-led terror threat in Afghanistan. Both Washington and Kabul have been underestimating and downplaying the threat. When Russia’s Special Presidential Envoy for Afghanistan cautioned the US and Afghan officials about the presence of at least ten thousand ISKP terrorists in Afghanistan, the US and Afghan top generals were certain that the numbers were not more than three thousand. The presence of a larger number of ISKP fighters was confirmed later on when thousands of terrorists were killed by the US-led Afghan government forces and the Taliban in eastern Afghanistan. Additionally, many managed to flee and hundreds were believed to have surrendered to Afghan authorities. The claims about hundreds of ISKP terrorists surrendering to Afghan authorities were repudiated by the Taliban with serious charges that the government forces rescued ISKP fighters who were under the Taliban siege.

With the exception of India, the US continues to discourage the role of regional countries in Afghanistan. Ironically, New-Delhi does not perceive a direct threat from terrorists in Afghanistan and has no direct access to the country either. The US’ encouragement for India assuming a greater role in Afghan affairs became obvious once again during President Trump’s visit to the country in February 2020. Earlier in August 2017 Washington’s South Asia Strategy had emphasised a greater role for India in Afghanistan. More recently, in May 2020, Zalmay Khalilzad, the US Special Representative to Afghanistan also reiterated the need for a greater Indian engagement in Afghan affairs. Interestingly, there are claims that the US and Afghan authorities have asked India to deploy its troops in Afghanistan. Whether such a development would exacerbate the problem further or become part of a solution is not known. However, there is confusion regarding the natural alignments of interests between Daesh and other powers.

Although India has also declared Daesh a terror group, keeping in view the prospects and the ability of the ISKP to become a security threat to Pakistan and the Taliban, it could become a strategic asset for New-Delhi. Likewise, Daesh being a persistent threat to Russia, Iran and China naturally becomes a shared interest for the US especially in Afghanistan, even as Washington has also outlawed the terrorist group. In the same manner, if the Administration in Kabul remains unable to settle issues with the Taliban and confrontation between the two continues then the ISKP’s strategic rivalry with the Taliban could also become an asset for the Afghan government.

Above all, New-Delhi’s uninterrupted strategic engagement with Kabul and significant military assistance against the Taliban creates hurdles to reaching a ceasefire by prolonging the ongoing war, which in turn provides terrorists with time and space. Hence, the US’ complicity with India and its unwillingness to accept the involvement of other regional powers in Afghanistan leaves little prospects for a combined anti-terror endeavour in future. Such an arrangement could ultimately influence the ability of Afghans to deliver on their key obligations required for a complete withdrawal of foreign troops under the signed US-Taliban peace agreement. 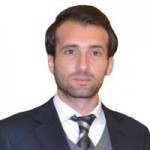 The writer holds an M.Phil Degree in International Relations from Quaid-i-Azam University Islamabad. He is currently serving as a Research Associate at the Strategic Studies Institute Islamabad (SSII). He tweets at @hussainkashifGB. 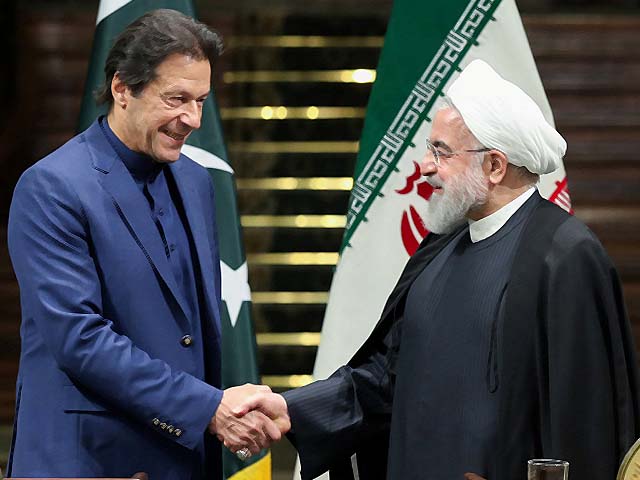 How crucial is Pakistan-Iran cooperation for Afghanistan? 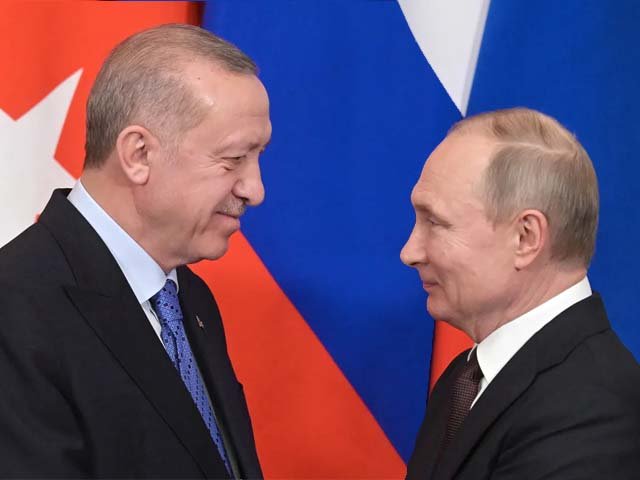 The global ramifications of the Turkey-Russia S-400 deal