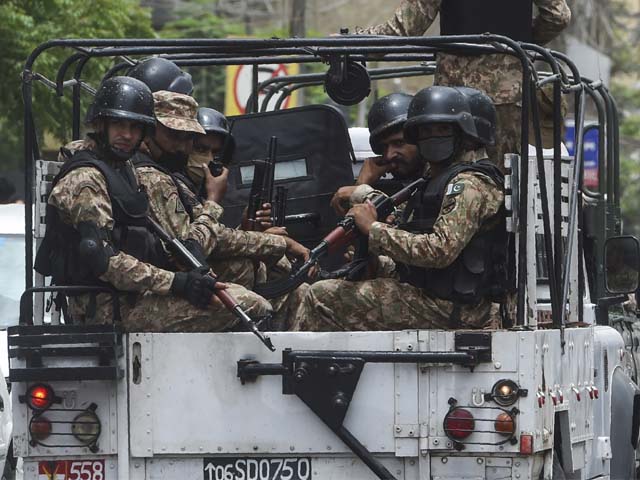 How will the resurgence of terrorism impact Pak-US relations?

The BLA attack, however, cannot be entirely separated from the recent India-China clash along the LAC
Fareeha Shamim July 30, 2020

On June 29, 2020, law-enforcement agencies foiled an attack by the Baloch Liberation Army (BLA), a US designated terrorist organisation, on the Pakistan Stock Exchange (PSX) in Karachi and killed four terrorists. Owing to India’s strong links with the BLA, Pakistan’s Prime Minister Imran Khan blamed India for the attack. Notwithstanding India’s denial of any involvement, there is enough evidence to prove India’s growing support for the BLA’s activities in Pakistan. In March 2016, for example, Pakistan apprehended Indian spy Kulbhushan Jadhav and exposed India’s links with and support for the BLA. Indian media reports have also confirmed that in the past BLA commanders had sought medical treatment in Indian hospitals, further strengthening the alleged links between the two. Moreover, a video circulating on social media a few months ago, whereby a retired Indian Military officer admits being in contact with the BLA, was also viewed in Pakistan as a testimony of India’s strong links with terrorism in Balochistan.

The latest attack by the BLA was evidently aimed at disrupting Pakistan’s economy. The attack, however, cannot be entirely separated from the recent India-China clash along the Line of Actual Control (LAC). India’s failure to respond proportionally to the Chinese military at the LAC could have been a major motivation behind the BLA’s recent attack in an attempt to target Chinese economic interests. However, the attack was also aimed at causing far-reaching implications – beyond those on Pakistan’s economy and Chinese economic interests. The timing of the PSX attack is also seen by many as a conscious attempt to malign Pakistan’s efforts of meeting the FATF recommendations and controlling terror activities in Pakistan. Moreover, the attack on PSX followed by a surge in terror-related activities being reported in Pakistan has, to some extent, created the narrative of a new wave of terrorism in the country – a narrative that would not only have an impact on Pakistan’s diplomatic and economic ties with other countries, including the US, but will also make it difficult for Pakistan to alter the perceptions about the country that will follow such a narrative.

The State Department had classified the BLA as a global terrorist group on July 2, 2019, making it a crime for anyone in the US to assist the militants and froze their US assets. The listing of the BLA as a terrorist organisation was thought of as a major victory for Pakistani diplomacy and seen to restore the public’s trust in US commitment to Pakistan’s national security interests. While the supposed US support for Pakistan’s narrative on BLA was anticipated to play a key role in eradicating the trust deficit in Pak-US ties – against the backdrop of the US threatening to impose sanctions on Pakistan a few months before the organisation’s designation – the development itself has not been successful in improving relations between the two countries on the larger issue of terrorism and counter-terrorism.

Whereas Pakistan’s efforts to fight terrorism and terror financing have amplified with the National Assembly taking up anti-terror financing bills and defining for the first time “economic terrorism” to meet the requirements of the FATF; to Pakistan’s dismay, these efforts have also not been able to make a mark within the international community as witnessed by the US State Department’s recently released 2019 Country Report on Terrorism which belittles Pakistan’s holistic counter-terror efforts. Further deteriorating relations between Pakistan and the US, the report alleges that Pakistan continues to serve as a “safe haven” for terrorist groups targeting Afghanistan and India, contrary to Pakistan’s fear of India’s sponsorship for BLA terrorists. Amid such a report coming from the US, the diplomatic ties between the US and Pakistan will further weaken as the BLA’s activities in Pakistan increase. Under this purview, the weakening of diplomatic relations between Pakistan and the US, to some extent, will also feed to the overarching narrative – one propagated by the opposition parties in Pakistan as well – of the failure of Khan’s government to establish improved ties with the US.

Against this backdrop, Pakistan’s Foreign Office expressed disappointment over the US’ report on terrorism and once again reiterated and reminded the US that it is Pakistan that faces the threat of terrorism from externally based and foreign-sponsored groups, such as the threat posed by BLA. While the grievances on Pakistan’s end account for the US’ failure to fully acknowledge Pakistan’s counter-terror efforts, observers also question the intent behind the initial designation of BLA as a terrorist organisation, which they suspect was a move by the US to give Pakistan an olive branch to gain cooperation on the Afghan-peace process. As such, the BLA designation as a terrorist organisation might have had geopolitical underpinnings, and the recent report by the State Department also seems to suggest that geopolitical considerations might be the key factor behind the criticism being directed towards Pakistan. The State Department’s comments for Pakistan, to an extent, also reflect that beyond the rhetoric, relations between the US and Pakistan might not have fully transformed under Khan’s government, as claimed by the latter.

The timing of the latest report by the US raises concerns about the criticism directed towards Pakistan to be a consequence of the recent India-China clash. To India’s favour, its relations with the US have improved owing to the US’ clash with China on multiple fronts. For Pakistan, improved India-US relations are manifested in various forms. For example, on June 24th, Pakistan’s proposal urging the Sanctions Committee of the UNSC to list four Indian nationals as terrorists for their involvement in financing, sponsoring and organising terrorism in the country was met with an objection for one of the suspects and was blocked by the US. While Pakistan remains hopeful that the listing request for the other three would be given due consideration by the UNSC 1267 Sanctions Committee, the chances of its materialisation seems unlikely.

In light of these recent developments, for Pakistan to expect the US’ overt appreciation over its counter-terrorism measures also seems improbable. Moreover, against this backdrop, for the US to acknowledge India’s support for the BLA is also unlikely. This, however, has not hindered Pakistan from taking concrete measures against terrorism, also to evade the FATF blacklist. As far as terror financing activities are concerned, Pakistan has met the requirement of 14 points out of 27 agenda points of the FATF. On June 24, 2020, the virtual plenary meeting of the FATF was held whereby the decision for Pakistan regarding the greylist was extended till the next plenary meeting. While India has made its utmost effort to utilise tools such as propaganda and rhetoric to build a narrative of Pakistan being a “terror-sponsor state”, for Pakistan, a new challenge has emerged: countering propaganda and terrorism simultaneously.

For Pakistan, strict counter-terrorism measures can be seen to absolve itself from labels such as “terror-sponsor state”. On June 18th, an anti-terrorism court in Pakistan convicted four leaders of Jamatul Dawa (JuD) in one of the terror financing cases registered against the organisation by the Counter-Terrorism Department (CTD). The CTD had registered 23 FIRs against the JuD chief Hafiz Muhammad Saeed and its other leaders during 2019, and accused them of using religious seminaries and mosques for terror financing. In two such cases, the court in February 2020 handed down five-and-a-half-year rigorous imprisonment sentences to each Hafiz Saeed and Malik Zafar Iqbal.

While many observers believe the recent terrorist attacks against Pakistan have political underpinnings and should be viewed in the context of the India-China clash and the intra-Afghan peace process, nonetheless, the increasing Baloch and Sindhi ethno-separatist groups forging new alliances under Indian patronage has resulted in a new wave of terrorism in Pakistan. Foreign sponsorship of such groups within Pakistan has resulted in an increased number of terrorist attacks against security personnel and civilians in Pakistan. On July 14th, three soldiers were killed and eight others were wounded in a terrorist attack on security forces in Balochistan; the attack came only two days after four soldiers were killed during an intelligence-based operation in North Waziristan on July 12, 2020.

Amid this new wave of terrorism, Pakistan’s hope for the US to fully acknowledge the entire spectrum of Pakistan’s counter-terrorism efforts seems a little distant in the near future. Yet, owing to the growing regional instability, the increasing threat of terrorism in Pakistan is a reality that is only going to exacerbate with the fallout of the India-China clash and the fragmentary Afghan peace process. While Pakistan is exhibiting a strong commitment to eradicate terrorism, it still needs to stabilise the situation in Balochistan through a long-term and informed strategy. Moreover, countering the negative propaganda surrounding Pakistan’s counter-terrorism efforts would also be a challenge, nevertheless, it requires similar consideration. 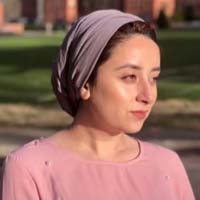 The writer is a a Research Associate currently working at the Strategic Studies Institute Islamabad (SSII). She graduated with a degree in International Relations and Economics with a focus in International Ethics from Mount Holyoke College. She tweets at @FareehaShamim_.