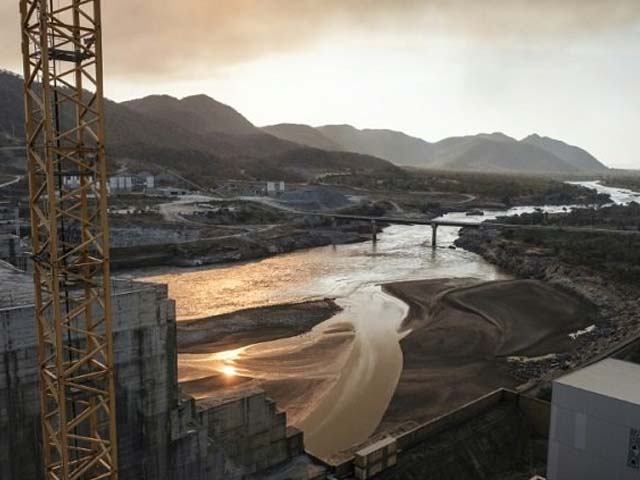 The politics of water: Ethiopia, Egypt and Israel

Ethiopia has taken advantage of the Egyptian revolution by sliding in GERD plans
Shrouq Tariq July 09, 2020

Unfortunately, only about three per cent of the water found on earth is fresh and we have contaminated most of it. We now heavily rely on mining water. But what are we doing about it? We definitely have not found a safe way to produce it. At least 17 countries are under high water stress, which means the supply of water is low and the use is high. The high use of water can be attributed to poor economies and infrastructure in most cases. Exacerbated by climate change, erratic rainfall and much higher temperatures, droughts in the future will be much worse than anything seen today.

Two thirds of the world already suffers from water scarcity during at least a month during the year, which could intensify to the extent where it would leave at least 700 million people displaced globally. The United Nations has also identified five hotspots of hydro-political interactions may take place in the future. These include,

Historically water disputes have triggered political tensions at most till now. Let’s look at Kashmir and the water that runs through it. There are many analysts who say that India is trying to use water as a weapon against Pakistan, which is complicated especially since both the countries are signatories of a 59-year-old treaty. In recent times, after an attack on Indian soil on 14th February 2019, India alleged that Pakistan was behind the terror attack, despite Islamabad refusing all allegations. India tried to isolate Pakistan using diplomacy and also mulled over using water as a weapon. India already uses about 94 per cent of the water shared between the two countries, only releasing whatever it does not us into Pakistan. This is not the only region in the world that using water as a political tactic.

Despite Egypt agreeing in 2008 that the World Bank will fund a feasibility study for a Border Dam between Egypt and Ethiopia, the latter took advantage of the Egyptian revolution in January 2011, replacing the Border Dam with the Grand Ethiopian Renaissance Dam or GERD. The capacity of the dam was increased to 74 billion cubic metres while the design and construction was undertaken by Ethiopia and reports state that the other ten countries, especially those downstream that share the river, were not informed of the risks and results involved. The 74bn cubic meter reservoir could bring dire consequences for Egyptian farmers. To put it in perspective, a 1bn kilo litre of reduction in Nile’s water will cause 200,000 acres of land to go out of production consequently affecting the livelihood of more than 2.5 million families.

Many talks have gone by with no action while the situation has continued to get more complicated with Sudan and Israel supporting the Ethiopian mega project. It’s a ticking time bomb with Israel, taking advantage of this situation, to penetrate this region, while also taking a hit at Arab national security.

During the Arab Spring situation, Israel found a valuable opportunity to engage in broad cooperation with East Africa and to establish security, military and economic bases. For as long as relations have existed between Israel and East African countries, the former has taken advantage of the existence of regional security threats. It’s possible that Israeli Prime Minister Benjamin Netanyahu’s visit to Ethiopia indicates Israel’s covert support for Addis Ababa at a time when the GERD has begun to store water without Egypt’s approval; this emphasises the seriousness of the challenge Egypt faces, demonstrating that its argument with Ethiopia over the dam is not technical but rather related to significant regional political goals.

At the same time, Israel is attempting to guarantee its own water security for the future and acquire a guaranteed share of the river’s water through its support for the dam project. Netanyahu’s promises during the last tour in 2016, revolved around helping Ethiopia benefit from its water resources in developing agriculture and supplying the country with Israeli technology. Israel went as far as to install its latest air defence system called Spyder MR, which can shoot down multiple fighter aircrafts up to a distance of 40 kms with utmost accuracy.

Netanyahu’s visits raised a lot of questions about not only the objectives and consequences but especially about the timing, which coincided with the signing of contracts concerning technical studies on the GERD. Israel's recent strategy in East Africa constitutes part of the Arab–Israeli conflict and part of the Israeli security doctrine based on legitimate acquisition, dominion and control of the region. It is also based on encircling the Arab countries as well as depriving them of influence within any region considered promising in the fields of trade and investment. So far despite all provocation, and no hope of Ethiopia coming to the negotiating table, Egypt has still decided to stay away from a military response.

The GERD will supposedly generate 12,000 gigawatts of electricity annually, meaning that the annual electricity production will touch 12 billion kilowatt per hour. The price of electricity in Ethiopia for household use is only US1 cent, and the commercial price is 1.8 cents per kilowatt-hour, making the average local price (domestic and commercial) about 1.4 cents/ kilowatts-hour. This means that if the electricity from GERD is used solely within Ethiopia, then the total revenue of electricity production is about $160 million annually, which will not be enough to cover the expected annual expenses for operating and maintaining the dam and paying the annual instalments for loans taken against it.

Also, in order to be able to afford the operation and maintenance costs of the dam, the Ethiopian government must raise the local electricity price and export part of the electricity abroad. The economic feasibility study of the electrical connection with Egypt and Sudan was based on the export of more than three megawatts to Egypt and Sudan (about more than half of the dam's electricity, one-third for Sudan and two-thirds for Egypt) at a price of US8 cents per kilowatt-hour, bringing the dam’s annual income to about $550 million. This would cover the costs of operation and maintenance while providing an annual premium for dam loans to be repaid over the next 15 to 20 years.

It may be necessary to double the internal price several times and increase the export price to 9-10 cents per kilowatt to be able to pay off the dam debt quicker.

For now, Ethiopia seems to be in a win-win situation, not only did it slide in its dam plans without involving necessary stakeholders and the support of Israel, if the construction of GERD goes badly and the dam has flaws which provoke Egypt to take a military stance, Ethiopia can save its face in front of its people and brush the GERD’s flaws aside, blaming Egypt for the entire catastrophe. Here is hoping that this situation does not give rise to a river of blood. 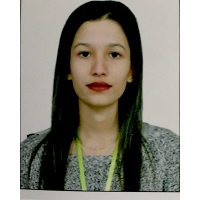 As somali national ,all we need is our African brothers handle this touching and sensitive Nile Water issue peacefully.

I read the first 3 paragraphs of the article and it is absurd . First of all Nile is not owned by Egypt and don't put Nile next to Egypt(Egypt(Nile)). It is originate from Ethiopia and Ethiopia contributed 85% of the water. You should put Ethiopia(Nile). Second, Ethioia don't take advantage of Egypt's unrest. Unrest or not Ethipia was going to start building the dam. The Nile basin initiative started way before Egypt's unrest. Third, Ethiopia doesn't need Egypt's permission to build dam in its territory. Ethiopia is a sovereign nation and has the right to exploit her natural resources. It is arrogant of you to think Ethiopia needs permission from Egypt. In addition, how is Israel secure water from Ethiopia? This is false claim. This article is not expected from researcher. It is not even expected from high school student. It is just a propaganda by Egyptian government. You can write all you want to write; at the end of the day, I was can't not be won in virtual world( online). Egyptian can be Facebook and media worriors, but Ethiopia will win the war on the battlefield. Ethiopia will repeat history again; and when it is over, Egypt Will pay for generstions to come.

As soon as I got to this quote from the article, "At the same time, Israel is attempting to guarantee its own water security for the future and acquire a guaranteed share of the river’s water through its support for the dam project." I realized that the writer is unprofessional. First of all, Israel does not need Ethiopian water. Israel does water desalination from Mediterranean water, and even wants to builds one more probably the biggest in the world. Israel is a good friend of Egypt, and of Ethiopia. Please - don't get us into your fight. Thanks in advance.

I would suggest you research some facts before you write an article. Let me add some facts to your poor reporting. 1. Ethiopia is the source of 86% of the water that reaches Egypt 2. Of 110 million Ethiopians 66% don't have electricity while 100% Egyptians have electricity 3. The 1959 agreement between Sudan and Egypt gave 66% of the water to Egypt, 22% to Sudan and 12% to evaporation even though they contribute 0% leaving all the 9 black African countries without any water. 4. You mentioned Ethiopia is not negotiating but they are negotiating for the last 10 years and still the negotiation is ongoing 5. Israel has nothing to do with the Dam, Ethiopians are the ones who are building the Dam with their own money 6. There is a saying "Those who live in glass houses should not throw stones" if Egypt takes military action against Ethiopia for building Dam in its own territory with its own water then Ethiopia can easily divert the tributaries of the Nile. 7. The only way forward is negotiation and cooperation

This is the most one sided "article". She obviously is Egyptian and biased. What she doesn't mention is 85% comes from Ethiopian. Egypt basically lives off of the backs of Ethiopian people. Also there are videos of officials in Egypt provoking war and even openly discussing causing civil unrest in Ethiopia between the different ethnic groups which is happening now. I don't mind hearing Egypt side but what kind of publication lets their writers say anything without asking whats the other side? what claims does the other side actually have? You are the Fox news of Pakistan.

This is a propaganda piece on behalf of Egypt! So many inaccuracies that I don't even know where to begin. Let me just say that she has no clue what she is talking about.

sorry you know Nothing about GERD.