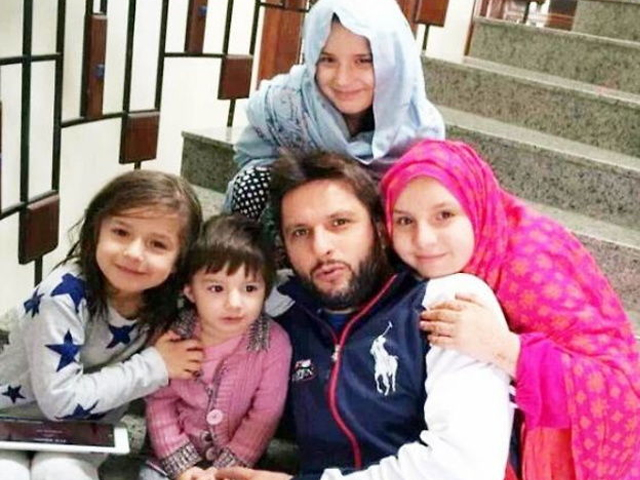 What exactly does Afridi dislike about the possibility of one of his daughters becoming a sportswoman? PHOTO: TWITTER 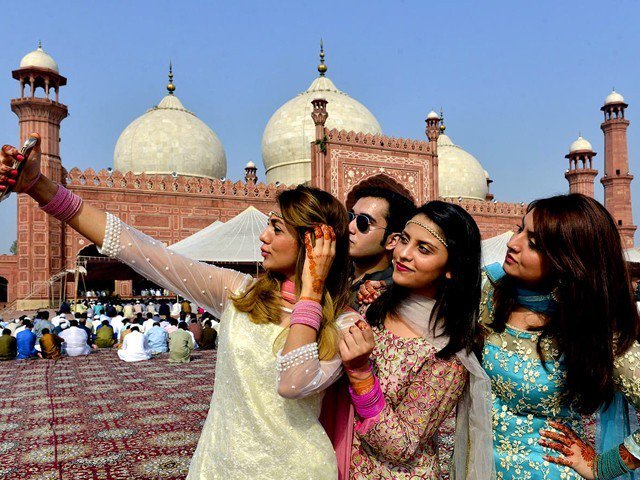 Has Eid ‘modernised’ with time? 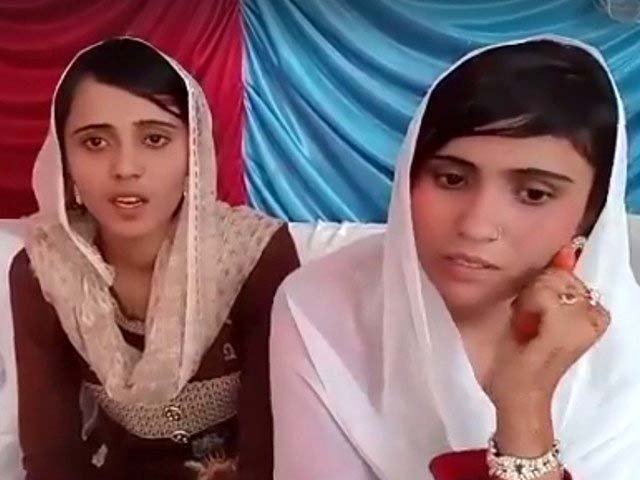 Religious persecution under the guise of free will?

How do you think your daughters must feel when you tell them they can’t do what you do because they are girls?
Shabana Mahfooz May 13, 2019
Dear Shahid Afridi,

One must appreciate your energy, which helps you stay in the news despite having retired from mainstream cricket a long time ago. Be it charity drives, advertisements, special appearances in entertainment shows or simply your comments to the press, you remain in the picture.

We still haven’t forgotten the flash runs you made which earned you the title ‘Boom Boom’. And recently, you created another boom with your book, Game Changer.

Now some people are criticising the political comments you made over bigwigs in the cricket world. Frankly, you may know better there; they are not my concern. But what did concern me is when you shared your thoughts about the future of your daughters, stating you will not allow them to play any outdoor sport no matter what the feminists say.

"Ajwa and Asmara are the youngest and love to play dress-up. They have my permission to play any sport, as long as they're indoors.

It is almost a tradition in any walk of life that if an individual succeeds in a respective field, the generation that follows is expected to follow in their footsteps. We often see businessmen having business heirs, or children of politicians following in their footsteps. Many celebrities encourage their children to become stars of the next age. After all, it ‘runs in the family’. We see fewer examples of this in sports though, at least in our country. But while it is absolutely not necessary that a son or daughter take up after his or her parent, there’s nothing wrong if it happens either.

Thus, if you had a son and he wished to become a cricketer like you, there is no doubt you would likely encourage him. But even before any of your daughters could contemplate following your path, you have already closed it for them. The reason you gave for doing so? That you are a conservative father.

What exactly do you dislike about the possibility that one of your daughters may grow to become a sportswoman? You wouldn’t like them wearing sportswear, because you would rather they cover themselves up? If it is harassment you are afraid of, then isn’t that possible no matter what they wear or what career they follow, as it is for most women? Clothes have never made a difference to a majority of women, who are harassed on a regular basis on their way to colleges and offices as well as inside them.

Are you thinking about log kya kahengay (what will people say)? Or to be more precise, are you concerned about what your own relatives would say, as they might possibly be even more conservative than you are? But then why don’t they say anything when you flash your smile among millions of female fans or female celebrities?

#ShahidAfridi is no better than a typical middle-aged average Pakistani guy, who wouldn’t mind hanging out with someone else’s daughters but would balk if his own did the same(See pic below) Unfortunate statement given Pakistan is a country with its own women’s cricket team. https://t.co/gd8oUTeGbX

Please don’t tell me that you believe in the notion that ‘boys will be boys’. You have travelled across the world and interacted with many cultures. You have received global recognition, praise and acclaim. Didn’t that have any influence on your ‘conservative’ mindset?

You say you don’t give a damn about feminists. Well, this is not about feminism. This is not even just about equal opportunities or gender parity; it is about individualism and every human being’s right to choose. That human right cannot be restricted to just boys; it applies to girls as well.

You say that your daughters are precious and they have ambitions. Good to hear that! But desires, wishes and aims are meant to have no boundaries. When you fix an upper limit, what ambitions will they have?

Have you even had an honest discussion with your daughters about this topic? Have you categorically told them that they should not even dream of pursuing a career in sports? How do you think they must feel for their father, internationally renowned as one of the best cricketers of all time, to tell them they can’t do what he does for a living because they are girls?

And what if one of your girls has a passion for cricket? You would simply tell your child to forget about it? Forget about the passion that led you to your career?

Further, does this belief also mean that the achievements of women players like Sana Mir, captain of Pakistan’s women cricket team, are unworthy of your appreciation? She recently became the most successful women’s ODI spinner in the world. In fact, she is said to show more professionalism and promise than anyone in the men’s cricket team. Does all this mean nothing for Pakistan? For that matter, in your opinion, the accomplishments made by Samina Baig, Pakistan’s first female mountain climber, Maria Toorpakai, the squash player from Waziristan, and Hajra Khan, the famous football player, to name a few, are all nonsense?

Afridi has 4 daughters. Ansha, Ajwa, Asmara & Aqsa,
all forbidden from sports by him

Terrible to restrict your daughters from making their own choices, but also disrespectful 😡to our amazing women's cricket team who has done Pakistan proud globally 🇵🇰https://t.co/1MFYLyrhih

Only if Shahid Afridi knew that one day his daughters could make him proud like this, if given a chance pic.twitter.com/l2q7zK3tKs

Surely you must know that you, being an icon for Pakistan, hold an influence over people’s thoughts and beliefs. Do you realise how such proclamations may reflect on the practices of your fans? That many fathers may endorse their own conservatism with yours? That some little girls out there may never live their dream because of your casual sexism?

Wouldn’t it have been a marvellous influence had the case been the opposite?

For your information, the very definition of the term ‘sportsmanship’ is “fair and generous behaviour or treatment of others, especially in a sporting contest”. When you say you won’t allow your daughters to play outdoor sports, it means in your entire career as a sportsman you have learned nothing about sportsmanship. So please don’t blame feminism; it is a concept much developed for your understanding.

You then retorted to your critics by criticising them for meddling in your life. But haven’t you opened up your life to the public yourself? You have, after all, written an entire book discussing your career and personal life. How can you invite us in but expect no criticism in return?

My daughters are very precious to me! My life revolves around them. They all have some ambitions in life and I will support them while guiding them as a responsible father 1/2

I don't judge anyone for what they do or meddle in people's life. I expect the same too from others. May Allah bless my daughters and daughters/women all over the world! Let people be. @fifiharoon @Independent

It may have been possible that none of your daughters would have wanted to pursue a career in sports in any case. But you as a father, making a statement that ‘you wouldn’t let them,’ shows the amount of control you have and intend to keep over their lives. You may bring culture, tradition or religion to justify your position, but the truth is that you have exposed to the world the harsh misogynistic attitude Pakistan is struggling with. You have reminded that the patriarchy is here to stay for generations to come.

Don’t be a Shahid Afridi to your daughter, sister, or wife. Let your women be. Also, it’s alright to have housemaking as a purpose, so if she’s happy doing so, there’s no harm. But as you know, gender roles are transforming rapidly, for good. So don’t get nervous, & be a partner.

What you may not know is that you might have inadvertently fuelled the fight against this very patriarchy. No matter how many bans are imposed against women, they are increasingly going against the grain to engage in simple acts like riding a cycle outside. In fact, women are gradually yet increasingly taking control over their own lives. A movement has begun, rok sako to rok lo (stop it if you can).

Whether your girls play sports or not, this change will not stop. Are you prepared to fight its impact on your household?

WRITTEN BY:
Shabana Mahfooz The author is a senior media professional with experience in Broadcast Journalism. She has a keen interest and writes on topics of women's rights, foreign affairs, social and cultural issues. She tweets @Shamahf2 (https://twitter.com/Shamahf2)
The views expressed by the writer and the reader comments do not necassarily reflect the views and policies of the Express Tribune.