How ‘mastani’ is this biryani? In Malaysia, I visited a mosque - In Pakistan, I can't

A tiny sore bulged on my skin. A mosquito bite I told myself before I spotted another two on my wrist.
Dilaira Dubash September 26, 2011

When I hear of people parting ways with their mental well-being in Lahore, I can relate with their despondency. When I hear of superstition defining remedial measures, I understand the urgency for a cure. The appearance of only three mosquito bites on my arm made me visit the darkest chambers of my mind.

I was sitting in the office, my eyes transfixed on the screen before me, when my ears picked up a familiar tune and I reached out for my cell phone vibrating in the corner. A very short conversation it was; all I remember was discussing the screening of upcoming movies at Atrium Cinema when something red flashed before my eyes, my bangles parted to display a tiny sore bulge on the skin. A mosquito bite I told myself before I spotted another two on my wrist.

Under normal circumstances someone would have just jingled the bangles on their arm and carried on with a laugh, however, this time, with news of a rising epidemic, things were a bit different. People in Lahore were dying I reminded myself, the government was being accused of spraying ineffective and adulterated insecticides, a shortage of platelet kits had put more lives at stake, schools were being closed down and I was fretting over three mosquito bites.

I constantly see people being extremely careful whenever they spot any kind of flying insect, in any other scenario it would have been hilarious to see someone constantly raising their hand to push away invisible insects hovering above them. But considering the current times, I completely understand their frame of mind. Now whenever I read a headline in the papers saying “Dengue claims another nine lives”, I’ll know the agony of the person lying in bed praying he had decided to stay home that evening.

The next time someone ridicules people panicking and stopping cars in the middle of the road on the presumption that they had spotted a mosquito, beware because that person might just end up being you. 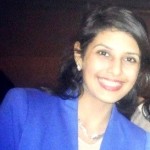 WRITTEN BY:
Dilaira Dubash The author is the Commissioning Editor at the Express Tribune with a penchant for food writing. She tweets @DilairaM https://twitter.com/dilairam
The views expressed by the writer and the reader comments do not necassarily reflect the views and policies of the Express Tribune.