Does the BlackBerry girl convince you? A year in America, and what I learned over there

It is about more than just getting straight As

Most people out there are so plagued by getting grades, they forget that the greatest minds did not achieve As.
Zoya Nazir September 23, 2011

Bachoon ki parhai is a very strict maamla for most Pakistani parents. It’s a matter that parents don’t like to compromise on. Or so I have heard from most of them. The affluent send their kids to top-notch schools and institutes, and the middle class is determined to send their offspring to to the best schools they can afford. It’s only natural for a father and a mother to want their child to receive the best education.

However, the concept of education is misunderstood by one too many.

The best definition that I could find of the word was - a combination of three elements: acquisition of knowledge, improvement of skills and refinement of attitudes.

Something we all need to understand is that education is not all about grades. In fact, it has little to do with academic results and more to do with self-learning. By self-learning I mean going beyond textbooks, reading newspapers, books, watching movies and meeting new people.

Don’t get me wrong, formal education is serious stuff. Getting into prestigious institutes like LUMS or Harvard or Oxford is serious business. But then again, one does not have to be a top grader to get into these universities. During my exchange year in the USA, a girl from my school got a basketball scholarship for Yale. To think that an Ivy League university offers scholarship in basketball is nothing short of remarkable, there must be a reason behind this.

But let’s face the uncomfortable reality;  the majority continues to link grades with intelligence and use exam results to determine how far a student will go in his/her life. The truth of the matter is that these so-called classroom geniuses, at times, turn out to be failures in real life because they have no nothing beyond their books. ‘A’ graders, as one would know, bask under the glorious label of ‘bright’ students by teachers, parents and the unwashed masses of our society. Whereas the C and D graders are, who might otherwise have lot more imagination, are often a picture of neglect and discrimination.

It’s not that they don’t try. They probably do. But if they’re not able to give time to academics at the cost of engaging themselves in other worthwhile activities, then it’s worth it.

Meet Aunty X. She’s the lady who happened to be sitting right next to me outside the principal’s office, when I went to school to collect my youngest sister’s homework. After the usual exchange of words, the conversation took a turn to her ‘genius’ son Ali, a student of Class four. Ali is the class prefect, and always stood 1st in class; to sum it up, he had the grade ‘A’ in his blood.

According to his mother, all these achievements were due to his strict schedule, a schedule that could be about as strict as it could get for a student his age and was described as such: Ali gets home from school, he eats in hurry, rushes to tuition, comes back in the evening to get a daily test from his father about what he has learned in school that day, eats his dinner and goes to bed early.

I was left to speculate whether Ali had any time left to watch TV, or play with his friends. I couldn’t help but ask the aunty, to which she replied:


“Yeh fazool cheezain hum nai karnay daitay isliye tou itna kaabil bacha hai,” (We never let him induge in such foolishness – this is exactly why he is so accomplished.)

She expected, in all probability, words of admiration from me. However, I only felt sorry for the unfortunate boy whose character was being punctured thanks to the ridiculous restrictions imposed on him.

His parents were not making him some Einstein, Shakespeare and the likes by depriving him of his childhood. Einstein was no A grader in the classroom and William Shakespeare didn’t even go beyond finishing his high school.  Yet these two names are recognised, respected and cherished all over the world. But somewhere along the way, the masses have missed that their schooling or grades were not the reason behind their greatness.

Given the pushes and pulls of today’s world, school and A grades don’t prepare us for the whole story. Most people out there are plagued by the grade epidemic. The ones that are not bring some solace to my heart. 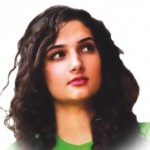 WRITTEN BY:
Zoya Nazir
The views expressed by the writer and the reader comments do not necassarily reflect the views and policies of the Express Tribune.