The gas pipeline is important as it would meet 20% of Pakistan's demand for gas and ease the ongoing energy crisis..
Usman Iqtidar September 10, 2011

If the average person on the street was aware of the recent discussions between Iran and Pakistan, he would, more than anything, want them to succeed.

The long queues at CNG stations and daily power outages are reason enough for Pakistan to grab on to this offer for assistance from its neighbour. The Iranian foreign minister was in Pakistan for discussions on a wide range of issues pertaining to economic cooperation. These include the much-talked about Iran-Pakistan gas pipeline, which if it were built, could help reduce Pakistan’s energy burden.

The deal for this pipeline was first signed in 1995 and was meant to cover a distance of some 2,775 kilometres from Iran’s South Pars gas field through Khuzdar in Balochistan, with one part branching southward to Karachi while another would go north into Multan.

India was also meant to be part of this project, but its reservations have stalled its commitment. This pipeline is important to Iran, possibly giving it economic influence in the region. But for Pakistan, where the ongoing energy crisis has all but crippled daily life, it is crucial.

No doubt, it won’t solve our problems, but it will help by meeting about 20 per cent of Pakistan’s current demand for gas. Officials have said that the gas supply that Pakistan receives as a result of the pipeline will be used solely for generating electricity and that this could help increase our generation capacity by up to 5,000 megawatts.

The good thing about the project is that Iran has already built its portion of the pipeline up to our border. It is now willing to extend support to Pakistan in completing its part of the network which is expected to cost around $1.65 billion.

If the project is given the go-ahead promptly — which the government should — we could see gas being supplied to the country by mid-2014. In addition to this, Iran can help Pakistan in the fields of transportation, communication, science, technology and health. All these issues should be taken up by the federal government – with the seriousness they deserve. 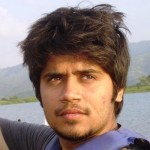 WRITTEN BY:
Usman Iqtidar A sub-editor at the Islamabad city desk for The Express Tribune
The views expressed by the writer and the reader comments do not necassarily reflect the views and policies of the Express Tribune.

raza | 9 years ago | Reply I still wonder what AMERICAN presence is blessing us with............................. No further progress and whatever little we have made uptill now vl get rusted in few years..... PAKISTAN think before you leap....
Ali Tanoli | 9 years ago | Reply Are we free can we called our self a free nation???????? if not then how much dimies are we 20% or 200%////??????????
VIEW MORE COMMENTS
Hammad Siddiqui | 9 years ago | Reply Iran has thousands of mega watt surplus! but the issue is permission from USA. Pakistanies need to lobby extensively to get the permission. But they are engaged in other things such as political infighting!
Parvez | 9 years ago | Reply Completely agree. But we are in the real world and one, the US of A has to give its consent and two, even if Iran agrees to fund and build our leg of the pipiline will it agree to the 'additional cost' necessary to make things happen over here. Our RPP's fiasco is stll alive and not forgotten.
Serious commentator | 9 years ago | Reply I agree with your analysis. It is about time our so-called leaders take our energy crises seriously. And what better way of doing it than through regional cooperation.
Replying to X
Saved ! Your comment will be displayed after the approval.
Error !
Error! Invalid Email.