Silence following his abduction may be linked to the fact that there may be behind-the-scenes investigations.
Tanzeel Gillani September 07, 2011

It has now been over a week and there is no sign of Shahbaz Taseer returning home. The police, we are told, have discovered important clues such as a gun that was reportedly thrown out of a vehicle involved in the kidnapping and some SIMs of mobile phones that were found in Taseer’s abandoned vehicle. The police later also found another SIM card which was said to have been used by the kidnappers.

However, not much has been reported in the news since then on the case, except a statement a couple of days after the abduction to the effect that Taseer was alive and in Lahore.

That said, the relative silence following his abduction may be linked to the fact that there may be behind-the-scenes investigations but the police does not want to reveal anything to the media for fear of alerting the kidnappers.

Right after the abduction, a veritable war of words ensued between Punjab Governor Latif Khosa and the Punjab government, with Khosa all but blaming the government for the kidnapping, alleging it was caused by its non-serious attitude.

Perhaps, the reaction by the PPP was a bit too extreme because the Punjab government does seem to have been taking the matter seriously and the police is giving it the attention that it deserves. The PPP chief in Punjab, Raja Riaz, demanded that the Punjab chief minister resign but that seemed a bit far-fetched since the case is ongoing and we should know that cases of kidnapping involving high-profile victims can often take time to get resolved.

Besides, if one were to blame the Punjab government for Taseer’s abduction and non-recovery, then what about the Sindh government and its abject failure in controlling target killings in Karachi? Shouldn’t it have resigned a long time ago since in this case the situation is not about a single individual but a city housing millions of people?

One hopes that Taseer is recovered as soon as possible and that the governments — both at the centre and in all provinces — ensure that such incidents do not recur. 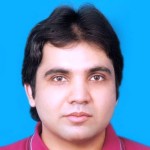 WRITTEN BY:
Tanzeel Gillani A journalist affiliated with the Express Media Group
The views expressed by the writer and the reader comments do not necassarily reflect the views and policies of the Express Tribune. And now, a gas price increase It's not just cricket

Raja Islam | 9 years ago | Reply @Ovais: If you try and deflect people from discussing any of the current issues then you will get nowhere. Let me ask you since you have a number of pet issues, what are you doing about these?
Ovais | 9 years ago | Reply @tanzeel have the courage to answer my question when you can write this blog
VIEW MORE COMMENTS
Talha | 9 years ago | Reply @Rsingh A lesson in history is in order for you my Indian friend. Jinnah was not the trial lawyer for Ilam Din, he was brought in after Ilam Din had lost the case to challenge the evidence presented against Din. Allama Iqbal had personally requested Jinnah to make an appearance and he did. Let me reiterate, Jinnah was not there to prove Ilam Din's innocence but rather challenge the evidence presented in the case. After Ilam Din case, the blasphemy law was implemented by the British and Jinnah publickly spoke against the blasphemy law. Jinnah had stated that any fair criticism of religion should be allowed and blasphemy law would just pander to the religious right of British India.
Ovais | 9 years ago | Reply It is funny how we are so concerned about taseer . What about that 14 year old girl who was gang raped and then she committed suicide because people like you and me are concerned for Taseers http://tribune.com.pk/story/244443/suicide-notes-gang-rape-victim-sets-herself-on-fire/
Rsingh | 9 years ago | Reply It all started with Salman Taseer's father(Dr Muhammad Din Taseer) who fully supported a muslim carpenter who killed an Hindu publisher for printing a book degrading prophet. Quaid E Azam himself defended carpenter when his case went to trail. and this happens to be the only case Jinnah lost.
Ms Marium | 9 years ago | Reply I'm waiting for Dr.Aafia Siddiqui - Woman Of Substance !
reality | 9 years ago | Reply Poor kid. He doesn't deserve this. People in pakistan should learn to live and let live.
Replying to X
Saved ! Your comment will be displayed after the approval.
Error !
Error! Invalid Email.