More provinces - or not?

While provincial assemblies discuss and political parties sloganeer to muster support for the formation of new provinces — I can’t help wonder what’s the point?

The ethnic division, as demanded by the PPP and the PML-Q, of Punjab and the division on administrative grounds by the PML-N both seem to be recipes for disaster. Let us start by considering the division of provinces on ethnic lines. While this option will be feasible for Punjab, Balochistan and even Khyber-Pakhtunkhwa, the division of Sindh on ethnic grounds could prove to be dangerous.

Karachi and Hyderabad are cities where people from various ethnicities live together, and as a consequence much of the violence that they experience is related to this one factor. If at some point in time, enough votes are secured in parliament and a province is carved out of the city of Karachi (no idea what they’ll name it), there is a chance things will get out of hand. Ethnic communities will fight it out to claim their right, and those in the minority will surely suffer. Furthermore, considering that the PPP wants to maintain its power-base in Sindh, this option is not likely to see the light of day because it wouldn’t make sense for the ruling party to create problems for itself in the province.

On the other hand, Balochistan and Punjab can probably be divided on ethnic lines. Both provinces have a fair degree of ethnic harmony. In Balochistan, there is no majority political party in the province, and there is barely an opposition in the provincial assembly. Of course there is an almost wholesale insurgency going on in many parts of the province, we don’t see any hostility between the Baloch and the Pashtun. While a division may be a good idea it will probably never happen.

In Khyber-Pakhtunkhwa, new provinces may also make sense. But the question is will the political parties that represent the various ethnic communities allow the province to be divided? We went from one unit to four and failed, what good will more units achieve?

The political parties should focus on the Eighteenth Amendment for now. Forget ethnic and administratively created new provinces, the new amendment gives greater autonomy to the provinces and this should be used as such. 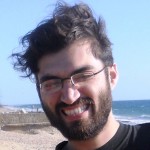 WRITTEN BY:
Shaheryar Popalzai
The views expressed by the writer and the reader comments do not necassarily reflect the views and policies of the Express Tribune.