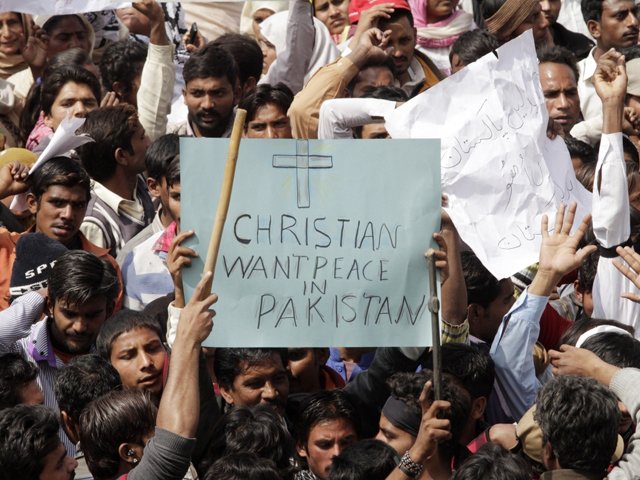 Imran is the only national leader, after Jinnah, who visited the Christians of Youhanabad and addressed their problems
Cynthia Sohail August 03, 2018
The minorities living in Pakistan have perhaps been more adversely targeted since 9/11, with them being harshly exploited by the majority on the basis of their religion. Brutal incidents against the Christian community in Pakistan have gained international media attention, but politicians who made many promises in the past to work equally hard for minorities conveniently forgot about their promises once obtaining a seat in the parliament.

Before Imran Khan turned towards politics with the Pakistan Tehreek-e-Insaf (PTI), there were many famous politicians who made their party manifestoes in favour of the minority, just to grasp their attention and their vote. They pandered to us, but they ignored the role played by the Christian community in the development of Pakistan. We, the Christian youth of Pakistan, are fully aware of the game the Pakistan Muslim League-Nawaz (PML-N) has played in the past to obtain the maximum votes from our areas.

This is not to rant against the PML-N or favour PTI; the only true endgame is seeing new and educated people in the parliament, which is a dire need to safeguard the rights of Pakistan’s minorities. In simple words, Pakistan’s minorities no longer want to try what we have already tested and what has repeatedly failed.

The leadership of all political parties must keep in mind the wish of our beloved founding father. Quaid’s Pakistan is a land where the state has no link with a person’s faith, and where people are free from oppression and enjoy their religious rights. After all, have we forgotten what Muhammad Ali Jinnah said in his famous August 11th speech?

The ruling parties must thus select new and educated faces from minority groups; people who are determined and serious about the development of their communities, and not just their own family’s progression.

No one can deny the existence of pressure groups, which restrict and prevent those who try to work for the betterment of minorities in this country and create unbreakable hurdles to keep them silent and helpless. In many cases, perhaps due to lack of unity, jealousy or fear among leaders, even those who have some power to help minorities refuse to do so, saying,


“We are not elected by your votes, but selected by our party leaders.”

Thus they prefer to work only for the sake of their parties, instead of resolving the problems faced by the minorities.

So how can one build a new home using old bricks? Minorities today need strong voices in the legislature instead of voiceless ‘yes-men’ making a sham out of our democracy. We require bold and strong spokespersons that bring change keeping in mind bringing religious minorities into the mainstream, and this is where Imran fits best.

Imran believes we must ensure our minorities feel safe and are equally empowered as compared to the majority Muslim populace. The PTI also believes in a clear-cut ‘peace within, peace without’ policy, as stated by the Quaid himself.

Although Imran’s stance on certain matters may make us worry about being a minority, on the other hand, his party’s stance is that everyone will be treated equally under the eye of law, which makes me and others like me feel secure. And given that Imran’s first wife belonged to a minority group as well, offers a clear picture of how he feels about the equality of human beings, irrespective of their faith.

I am neither a fan of Imran’s looks nor his cricket, which my generation in particular is not familiar with. I simply support Imran because of the honesty with which he has made the promises he makes during his speeches and his rallies. Especially during his visit to Youhanabad this year, where he addressed the Christian community and said that minorities will get equal rights when PTI comes into power.

Shehbaz Sharif ruled Lahore for around 10 years – he must by now be familiar with the condition of Christians in Youhanabad. Yet he never bothered to visit the area. Imran is the only national leader after the Quaid himself who has visited the Christians of Youhanabad and addressed the problems of its people.

PTI also became the first party in Pakistan to reserve a seat to represent the Kalash community. This shows Imran is committed to bringing people from all across the country into its assemblies. Moreover, during their previous tenure in Khyber Pakhtunkhwa (K-P), PTI not only allotted scholarships for minority students, but also put a ban on the sale and purchase of properties belonging to the church. In one of the last jalsas of his election campaign at Walton Road, Lahore, Imran directly addressed the Christians of Pakistan and reminded them that his leader is Jinnah, and like him he is in favour of equal rights for minorities. Initiatives and actions such as these are what draw minority groups towards Imran and his PTI.

As a Christian, I am aware there is a history of broken promises when it comes to almost every Pakistani leader, as they use shallow campaign slogans which have only darkened the corridor and limited the path of opportunities for minority groups. But we are confident that this time the outcome will be different, and we choose to put our trust in Imran to deliver on the promises he has made. I am using the term ‘we’ because I believe I am speaking for many like me who spent the first vote of their life on Imran.

Overall, it seems as if things are improving for minorities in Pakistan, if only on the surface. There exists a political awareness today that didn’t exist earlier; so much so that people are celebrating the election of three Hindu candidates elected from Muslim majority areas on general seats in Sindh, with all three belonging to the Pakistan Peoples Party (PPP). Krishna Kohli, a Thari woman from a remote village of Sindh, was also elected as a Senator on PPP’s ticket. All this shows that new leadership is considering the rights and representation of Pakistan’s minorities.

For us, it has felt as if every decade is worse than the last, with respect to the conditions of Pakistan’s minorities. False allegations of blasphemy against Christians alone have become common overtime. But today we have a lot of hope that Imran will not only truly address the issues we face, but also practically make Pakistan a better state for minorities, creating Jinnah’s Pakistan where we can learn to live together in peace again. 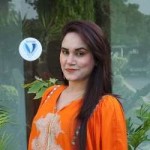 WRITTEN BY:
Cynthia Sohail The author has a Masters in Political Science from the Kinnaird College for Women. She loves writing on politics and human rights issues, and tweets @cynthia_sohail (https://twitter.com/cynthia_sohail)
The views expressed by the writer and the reader comments do not necassarily reflect the views and policies of the Express Tribune.