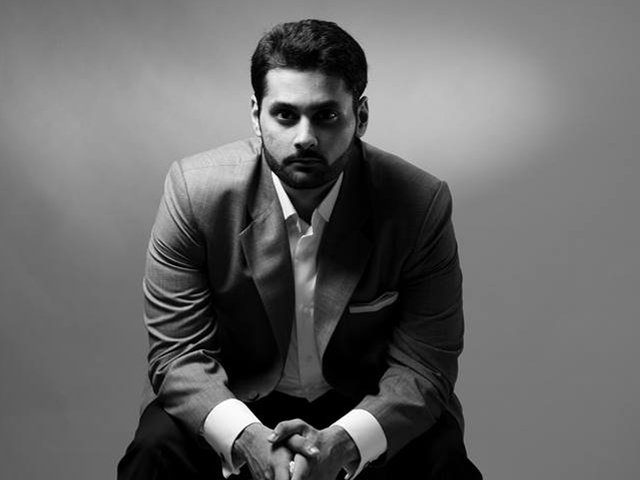 Having recently filed his nomination papers and declaring his assets unflinchingly this early on, is proof that he is all for transparency and committed in every way. PHOTO: Mahwish Rizvi Photography

The idea of someone having the audacity to take that step, with no political background or ‘family dynasty’,...
Afrah D Musa June 18, 2018
There was a post making its rounds on Facebook that caught my attention, which said,


“If you were to meet your eight-year-old self today, what advice would you give?”

And then a slightly more chilling question,


“What would your eight-year-old self say about you?”

I remember myself at eight, naïve and highly impressionable, living in a world of make-believe, convinced that life was as simple as being one of the good guys and standing up against all forces of evil.

But with time and growth came the realisation that things aren’t so simple.

This is a blog I may perhaps be better off not writing. I should turn my back on this. I tell myself ‘this’ does not concern me. Politics is not my field. I have very little understanding of it.

But that’s the thing; it absolutely does concern me.

Because, I am tired of my life being crippled by the savage kind of privilege that makes you believe that something doesn’t matter because it does not affect you personally.

I am one of the entitled millennials, living a life of privilege. I have lived quietly in this city, keeping my head down. I am one of those people, who if they were to get an off for ‘some protest or another’, they would simply be happy with the prospect of a holiday and not bother about discovering any more.

But I can trace the beginning of my social awareness to one event. The time in 2013 when Mohammad Jibran Nasir announced he was going to run as an independent candidate for the elections.

I have never met him. But the idea of someone having the audacity to take that step, with no political background or ‘family dynasty’ backing him up, threw me. For the first time, I was forced to wonder, am I living in an all too blissful comfort-zone?

I have followed him throughout the years on social media and heard him speak and act uprightly. I remember his videos from 2013. The guy who reached out to the people then was young, passionate and vibrant.

But the man who recently announced his independent candidacy looked haggard, as if time had weighed heavily on him. And indeed, it has. Since the campaign against Abdul Aziz of Lal Masjid, he has faced numerous death threats and eviction, and given the reactive and intolerant natures of us Pakistanis, continues to face abuse daily on social media for his outspoken critique.

Have filed my nomination papers today for NA247 & PS111. Thank you to everyone who came to show their support. RO was surprised glancing over my asset statement remarking "you almost have none". I replied the assets we need to bring change are found in character not in the bank pic.twitter.com/D6nKibkpOL

However, I began to notice how whenever he would post about a cause, the movement would spread like wildfire on social media. This is the same social media that was available to us long before Nasir was known to so many. However, there were few individuals who were rallying for a cause as fervently and giving others the opportunity to rally behind them.

These would make perhaps the most profound reasons to vote for him: he is someone who makes the best of the resources he has, and proves that you don’t necessarily need ‘power’ to help people. He gives a voice to the voiceless, without any security escort by his side. He doesn’t shy away from talking about issues that are less than popular including enforced disappearances, minority rights, child abuse and so on.

The support he offers his fellow citizens is widespread: from campaigning for justice to setting up heatstroke shelters. Moreover, having recently filed his nomination papers and declaring his assets unflinchingly this early on, is not only proof that he is all for transparency but totally committed in every way.

Alhumdulillah I have cleared the scrutiny stage and my papers for PS-111 have been accepted. No objections were raised by any govt body including FBR, NAB and Statebank. Scrutiny for NA-247 will take place later this week. pic.twitter.com/v7S7lRUbiA

A friend who lives abroad once told me that when faced with an issue regarding community development, she didn’t hesitate to write to her local MP. I cant imagine doing that here. I simply wouldn’t be comfortable. But that may change if someone like Nasir were to be the MP.

There are many achievements that speak in his favour not least of all, the case of the murder of Shahzeb Khan and attempted murder of Khadija Siddiqi. But for me, it were more subtle things I noticed that convinced me; if there is one man who cares about others more than his own ego, it is him.

SC has changed our appeal in #ShahzebKhan csse into SuoMoto, has suspended order of SHC removing terrorism charges from case, nullified their bail & ordered their arrest directing SHC to decide the appeal on merits in two months time. Alhumdulillah. Thank you everyone for support

Appeal to CJP Saqib Nisar for #JusticeForKhadija. What kind of judiciary is this which only gives justice when media & civil society pressure is there? You are summoning heads of all depts demanding reforms but what about setting your own house in order https://t.co/8NtJUdq8FR

It is him not shying from duties that most would consider ‘lowly’ and actively participating in cleaning drives of government hospitals. It is him refusing to attack other people’s personal lives (even though it’s something we and our politicians engage in daily), and even walking out of a live TV show because another interviewee’s personality was being attacked.

The focus so far has been one man but that is solely because through his initiative, I have gained insight into a lot of the issues the country is facing. However, I must emphasise that this blog is not about glorifying any individual. Glory belongs only to the Creator. All the creation can do is try.

This is a man who is trying. 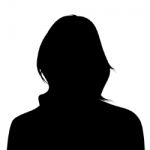 WRITTEN BY:
Afrah D Musa
The views expressed by the writer and the reader comments do not necassarily reflect the views and policies of the Express Tribune.

Hashim Hasan | 2 years ago | Reply | Recommend Let us use NOTA power against LOTAs With Election Commission introducing NOTA option in the ballot paper, it is time that the voters who become powerful and lay down conditions to vote. No vote for any Lotas for the simple reason that they are habitual and power hungry politicians who have failed to deliver in the past. It is time to think what we need for our respective constituencies for instance for Karachi where I come from, we can lay down the following conditions and vote for only those candidates who agree to fulfill our basic requirements. For instance Karachiites should ask for water even if it is rationed but we must know our individual quota, cleanliness of the city, a local contact office within the constituency where the candidate must visit once in 3 months and it should be open 9 to 5 manned by someone who can take complaints and fix them too. We should also get an Affidavit designed which must restrict the candidate from nepotism, taking bribes, raising our issues in the assembly, in case of death or ineligibility the best person to replace and not a relative and must represent our constituency’s issues when the session is in progress. Those who sign it and do not deliver, we should have the power to go to a court provide evidence and de-seat the individual. This is the only way where voters can retain their power throughout the tenure of the candidate. If Pakistanis can run a social media campaign to stop visiting Murree, I am sure we can do this too. Hashim Hasan Karachi
HeyAow | 2 years ago | Reply | Recommend Good luck to him :)
VIEW MORE COMMENTS
noor | 2 years ago | Reply | Recommend Oh please! The guy is a social media starlet and a glorified ambulance chaser - he picks cases that make it big in the media so that he can take his photo with the victim's family or with a broom! He's in it for himself, to raise his 'profile'. Nobody else. Open your eyes!
Trey | 2 years ago Also heard he just loves to receive the death threats aimed at him from your fellow fundo-religious nationalist countrymen too. Such a selfish guy seeking to be such a target of hate, right?! Apparently there is no good Pakistani to be found, everyone is in it for themselves. What next? Edhi wasn't a philanthropist, he was just a glorified ambulance driver...Mother Teresa was better cause she didn't have no family drama! Thanks for opening our eyes on how it's such a losing cause to raise any positive awareness for anything in Pak.
babar | 2 years ago People like you deserve Nawaz Sharif and Zardari. Live a good life in mediocrity like you always have.
Parvez | 2 years ago You certainly are ill informed.
Siddiqui | 2 years ago It constant pressurizing by people like Jibran, which make the case big, so that the media and the people of Pakistan can notice it. Not the other way round. How about you do some social work for the betterment of Pakistan, rather than pointing fingers at someone who is!
vinsin | 2 years ago | Reply | Recommend Why try, when the glory belongs to the Creator? Who is the creator and which one? What about atheists? Do parents have any role in that?
Ali | 2 years ago | Reply | Recommend I liked him too when he started, talking about real issues. But now he is in cahoots with enemies of Pakistan. I no longer like the route he has chosen for himself, Maybe, he needed money and, therefore, took this anti-Pakistan route.
babar | 2 years ago How do you know he is in cahoots? You worked with him?
Parvez | 2 years ago anti-Pakistani route ?........ he is anything but that.
Siddiqui | 2 years ago Where are people getting this rubbish from? Can you please provide authentic facts and figures about anti-Pakistan funding? Everything has been verified by the ECP. The route he is taking is for Pakistan, and its people. To uphold the law of the land, and to ensure legal justice. The purpose is to keep everyone in check. No one is over the law, and everyone should be treated equally.
Replying to X
Saved ! Your comment will be displayed after the approval.
Error !
Error! Invalid Email.