The first time I bought Bitcoin, just over three months ago, it was priced at roughly $3,500, and falling. As of now, a Bitcoin is worth over $10,000. PHOTO: SHUTTERSTOCK

Bitcoin, the magic money, and why I chose to risk it for the biscuit

Isn’t it strange that the entire banking system is unanimously against cryptocurrency?
Ibrahim Shakeel January 18, 2018
The Bitcoin saga has been one of mad fanfare, terminological jargon, ridiculous price jumps, and scathing criticism from banking establishments. There is a plethora of information available on how Bitcoin works, and the original proof-of-work paper is available to read on the currency’s organisational website.


Yet, despite all the countless articles that detail the schematics of the Bitcoin system, it remains mired in controversy, especially of late as it makes the news on a regular basis for its volatility. Let’s take a look at some of the myths surrounding Bitcoin, and attempt to disentangle this nascent cryptocurrency from the confusion that surrounds it.

Bitcoin is a dead cat bouncing

The financial world sure knows how to conjure up the right visual image for failing projects. The first time I bought Bitcoin was back in September 2017, right after the Chinese government banned it and caused massive exchange fallout. The price was plummeting, everyone was chanting “bubble”, and it seemed doomed to fail.

Back then, and this was just four months ago, it was priced at roughly $3,500, and falling. Since then, Bitcoin has seen extreme price fluctuations in a short period of time:

Nonethless, I have still made a profit. I have trouble reconciling with the profit margin I’ve managed; in fact, I still do not believe it – “Magic Internet Money” really worked!

The volatility shows that if anything, there is a pattern. So perhaps ‘the dead cat rises’? More Batman puns to follow… 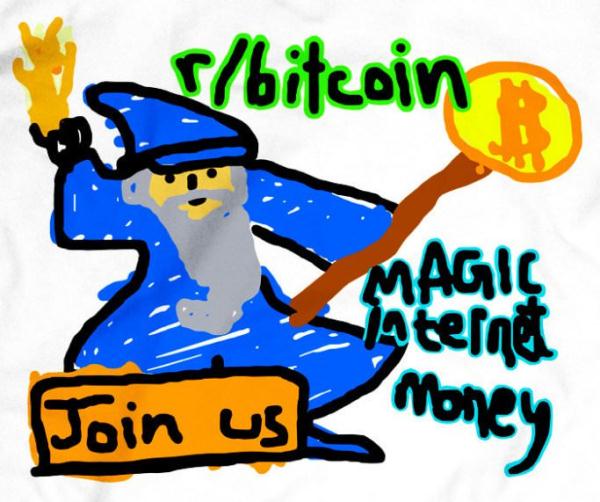 It’s not worth the risk

So what made me invest in this cryptocurrency? Was it pure madness on my part to dump money in a project failing at the time? Yes, partly, but the principles that Bitcoin posits convinced me to invest.

A ‘decentralised, trust-less, distributed consensus’ system for currency is unheard of in my time, and it is alarmingly different than the banking system I’ve known since day one. The fact that I can transfer money from my computer to anywhere in the world with reasonable anonymity, almost the same as handing money in person, is staggering. The transaction fee is miniscule compared to banking transactions, and the value of Bitcoin itself has yet to ‘inflate’.

Is it risky to invest in a fledgling currency system? Probably, but Bitcoin has a lot to offer that hasn’t been even considered yet. The financial systems merely adopted the darkness – Bitcoin was born in it.

(There will be no more Batman puns in the rest of this article; it’s just not working out!)

The volatility of Bitcoin presents a problem though, especially for people not used to such sharp spikes in pricing. Recently, over a period of two weeks, the price fluctuated from $16,563 to $19,500, then plummeted below $11,000. While Christmas shopping (done in dollars) was largely discussed as a probable cause, this might not be so convincing for people, especially those new to the cryptocurrency life. After all, there’s a reason why the rollercoaster guy is so popular among Bitcoin users – it’s constantly going up or down.

Bitcoin is a Ponzi scheme, and you’ll be left holding the bag

There are numerous banking CEOs across the economic realm that have denounced Bitcoin as a “Ponzi scheme” and regarded it as a momentary blip. But shouldn’t such headlines, along with the ramping increase in Bitcoin’s price, make people wonder what is happening, and discover the cryptocurrency for themselves?

This avalanche of social media content barring Bitcoin almost feels like a conspiracy in itself. Surely, the mighty banks wouldn’t care about an online project so much that they would have notable economic figures call for it to be ‘outlawed’? The CEO of Goldman Sachs declared Bitcoin to be a “bubble” that he is “uncomfortable” with, while another called it a “fraud” (though he has since claimed he regrets it).

How can it be a bubble? Bitcoin’s intrinsic value is untapped, and the current market value, with its mercurial trend, cannot be used as a marker alone. The currency and its principles are new and unprecedented; it cannot be classified as a speculative mania.

I fail to understand why Bitcoin hasn’t caught on more rapidly. Online ventures are prone to high risk, and investing in age-old assets like land or stocks would be more viable, but isn’t it strange that the entire banking system is unanimously against cryptocurrency?

The golden rule of Bitcoin is to only invest what you can afford to lose. Perhaps that’s why the banks hate it so much – such honesty would make any banker cringe.

As far as I understood it, Bitcoin made complete sense. And it also made sense that my friends, especially the ones whom I consider smarter than myself, would have invested in it as well.

However, except for one close friend, nobody believes it to be true. My parents dismissed it as a,

How do I debunk a Jewish conspiracy allegation? The speculation around Bitcoin truly is mind-boggling.

To put a long story very, very short, you cannot buy groceries with Bitcoin. You cannot buy anything with it in Pakistan – for now.

But that doesn’t make the currency useless. As soon as more merchants (large-scale retailers) begin to accept Bitcoin as a currency for trade, it will catch fire. There are Bitcoin ATMs rapidly sprouting up in numerous locations, but they’re all in the West. Japan is rushing to accept Bitcoin as a major currency, and considers it to be a universal currency; it even has companies offering it as salary.

The reason why Bitcoin is so valuable is not because of its value in Dollars or Rupees; it’s because of the principles of the project.

You own Bitcoin. With other currencies, you will always deal with the banking system; with Bitcoin, it’s just you. Yes, you need to buy them from an exchange, but that’s it. You own Bitcoin, and you can do whatever you want with it.

I believe you owe it to yourself, and to your future generations, to at least read up on what Bitcoin is potentially offering as a currency. Yes, it might fail at any time; yes, its price value is highly volatile, and yes, you cannot buy groceries with it in Pakistan! However, the principles it is offering are a thing of the future, and in my opinion, a revolution against the banking system of today.

Give Bitcoin five minutes of your time – you will not regret it!

WRITTEN BY:
Ibrahim Shakeel A blogger based in Islamabad who writes about politics, music and literature
The views expressed by the writer and the reader comments do not necassarily reflect the views and policies of the Express Tribune.

The brute in me

Parvez | 5 years ago | Reply The way I understand this Bitcoin business is.......if I wanted to gamble I'd go the Vegas, Macau or Monte Carlo.
Keyboard Soldier | 5 years ago | Reply Bitcoin's hype and eventual bust is going to make the Tulip mania look like children playing on the seesaw.
VIEW MORE COMMENTS
HassaanM | 5 years ago | Reply You lost me at "The transaction fee is miniscule compared to banking transactions, and the value of Bitcoin itself has yet to ‘inflate’." This statement is contradictory. Bitcoin's transaction fee is a percentage of its value. So, if its value is to inflate then the associated fees would increase as well and make it unfeasible for normal monetary transactions.
Osama | 5 years ago | Reply well for me the point which makes me very curious is that who issues cryptocurrency? And for example, if a company issues a share there is an intrinsic value of that but what is cryptocurrency issued against? If there is nothing backing cryptocurrency then I might as well issue my own coins.
raj | 5 years ago Cryptocurrencies are never issued unlike Fiat currencies. its mined by computers. Mining needs big computers with advanced specs. When these miners solve complex mathematical equations, they are rewarded BTC or other currencies and thats how these currencies are generated. These are then stored in blockchain which is kind of a storage box. Each blockchain has limited storage capacity so only few billion $$ of BTC can be generated as of now. It is valued against how the miners are mining and what their demand is. The higher the demand, the higher the buying and the higer the price. When peole start selling, the price goes down. It also goes down based on speculations from people and sites like coinbase. You can issue your coin but you would need to mine those in huge quantities. Roughly there are thousands of crypto but most of them have no value. so even if u start your own, it would have no value.
Replying to X
Saved ! Your comment will be displayed after the approval.
Error !
Error! Invalid Email.