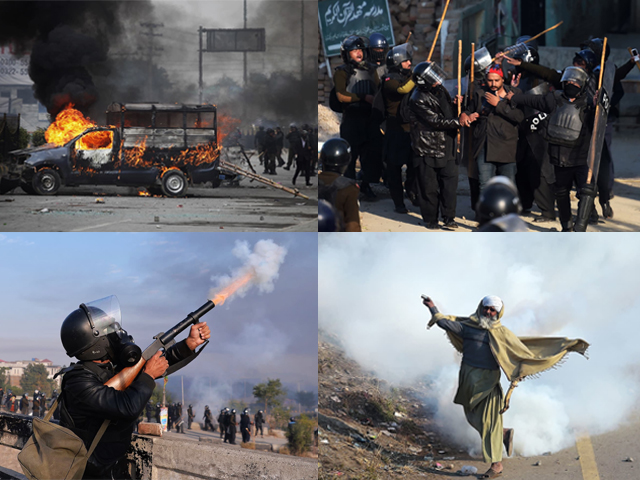 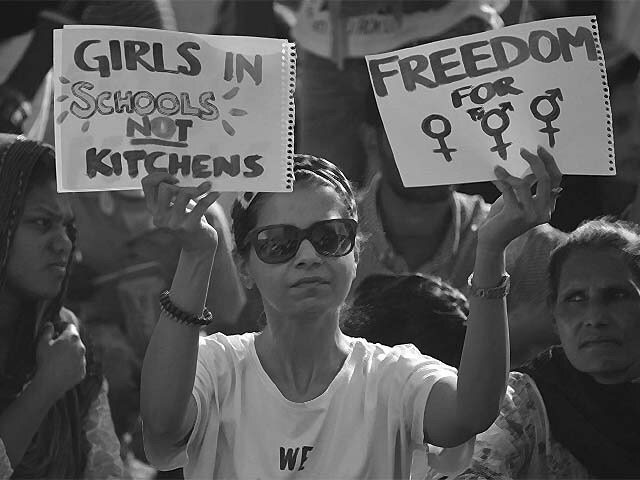 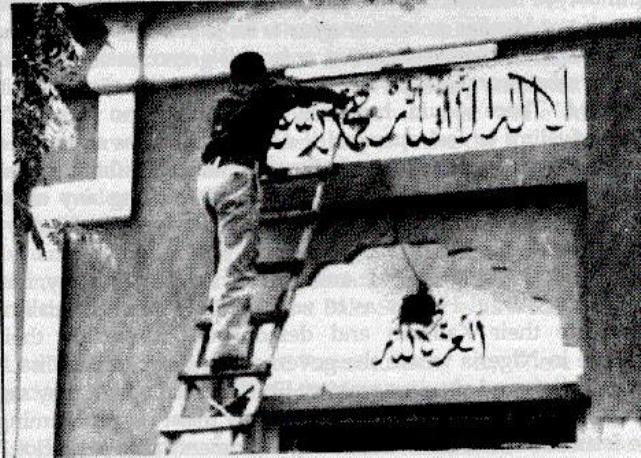 Who controls the Islamic Republic of Pakistan?

A precedent has now been set; similar tactics can and will be used in the future to pressurise the government.
Raza Habib Raja November 27, 2017
If I were to rank the worst weeks in the recent history of Pakistan, this one would most definitely be a strong contender for the top. The week, which also witnessed the release of Hafiz Saeed, much to the dismay of the outside world, reached its crescendo when yesterday, Pakistan saw its elected government, with supposedly a heavy majority, capitulate in front of a few thousand zealots.

The entire week seems like a black comedy. Pakistan Muslim League-Nawaz’s (PML-N) own law minister, Zahid Hamid, has resigned because of a dharna, in which Nawaz Sharif’s son-in-law also wanted to participate. What could be a bigger irony than that?

By buckling under pressure and making the law minister resign, the government has effectively endorsed the kind of politics which hardliners like Khadim Hussain Rizvi indulge in. Now a precedent has been set, and in the future, other religious zealots can use similar tactics to pressurise the government. Not only that, an allegation of blasphemy will now become an even more potent political weapon and will be used by all sides in order to tackle opponents.

It is a shameful and spineless capitulation, and highlights the government’s cowardice and incompetence at several levels.


For weeks, 22 days to be exact, the government showed little signs of establishing its writ, which frankly, is the most important function of any government. Only by establishing its writ, underpinned by monopoly over physical violence, can a government provide basic security to its citizens. In this case, for weeks, the government did not do anything as it wanted to “avoid a situation like Model town”. This merely worsened the extreme discomfort of the ordinary citizens, while at the same time, emboldening the agitators.

When finally it did try to disperse the agitators, it was extremely ineffective. The incompetence of the government can be gauged by the fact that despite having a force of several thousands, it could not disperse the agitators and allowed them to regroup by suspending the operation. The fact that its crackdown failed and the minister’s resignation came after that speaks volumes of the sheer cowardice and incompetence of the federal government.

But the failure is not of the government alone. Our political parties showed extremely opportunist and inconsistent behaviour, which didn’t help.

For example, Imran Khan criticised the government for failing to establish its writ and lamented the discomfort of citizens of the twin cities of Rawalpindi and Islamabad.

Time has come for this government to quit. The nation has suffered it long enough. Prime Minister and his cabinet should resign and fresh elections be called. This is the only democratic way out of the present crisis faced by the nation.@Shafqat_Mahmood

In fact the government completely mishandled the situation right from the start. @Shafqat_Mahmood


Mr Khan, of course, conveniently forgot his own dharna, which paralysed the capital for 126 days in 2014 and included multiple attacks on the Parliament and TV stations. In fact, in many ways, his party created this template of using dharnas and violence to pressurise the government.

After criticising the government for its failure to establish its writ, in another characteristic U- turn, Pakistan Tehreek-e-Insaf (PTI) started to criticise the government for using force the moment the operation was underway. Its own leader, Shah Mahmood Qureshi, actually attended a sit-in in Multan in order to show “solidarity” with the protestors.

In short, we have collectively ceded more space to political reactionaries and religious zealots. It is a collective failure and depicts our moral erosion at every level.

But is it really that surprising?

The reality is that over the last few decades, our collective mind-set has become more and more hard-line. Rizvi is merely a cruder reflection of the society we have become. His emergence is political mainstreaming of the religious hard-line sentiments, which have been seeping into the society.

After all, let us not forget that hundreds of thousands attended Mumtaz Qadri’s funeral despite the fact that he had shot Governor Salmaan Taseer for merely criticising the blasphemy law and for standing up for an illiterate and vulnerable Christian woman. Let us also not forget that in this country, minorities are feeling increasingly afraid and marginalised, and yet we remain apathetic.

Scandals like the Panama leaks cause more concern in our so-called “educated” middle class, rather than the seeping religious intolerance and increasing usage of sensitive issues for extracting political mileage by various political parties. Extremism has now assumed monstrous proportions shaking the very foundations of our society.

As George Fulton eloquently and aptly described in one of the most heartfelt articles I have ever read,


“Fascism with a religious face is no longer a political or an economic problem in Pakistan; it’s now become a cultural issue. Extremism permeates all strata and socio-economic groups within society. Violent extremists may still make up a minority but extremism now enjoys popular support. As for the dwindling moderates and liberals, they are scared.”

I now fear for the future, as I think the worst is yet to come. 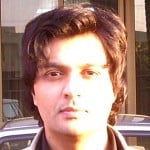