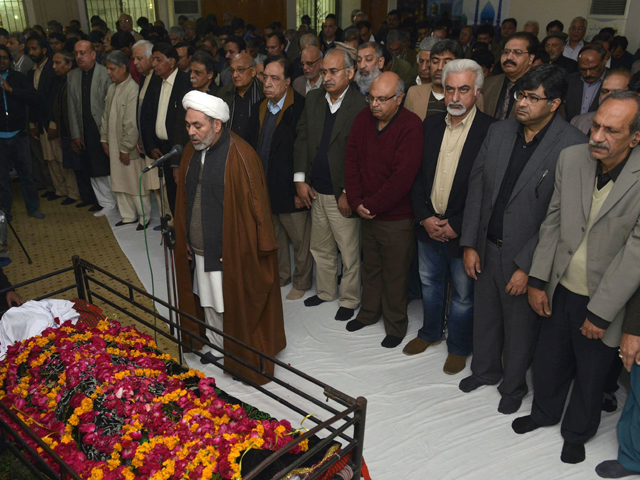 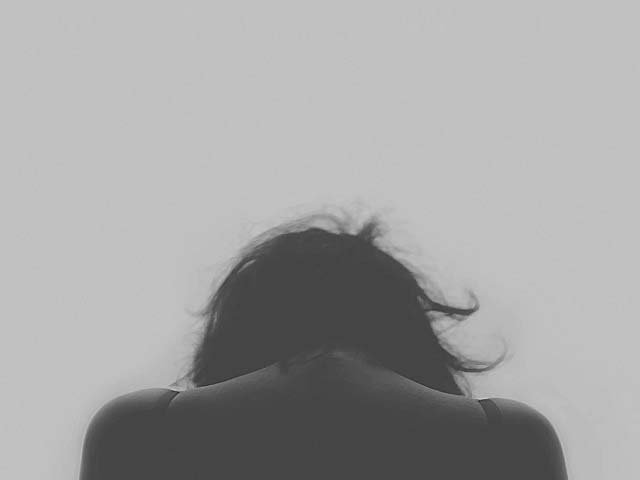 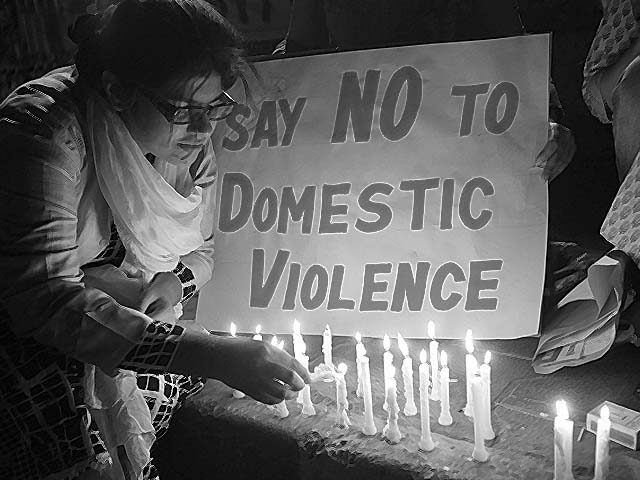 For Muslims in Pakistan, providing food for guests at funerals is a cultural obligation, not an Islamic one

Adding another responsibility of ensuring that people who come to condole are properly fed is unfair and unnecessary.
Purniya Awan September 16, 2017
Recently, my friend attended the funeral of her grandfather, the former Federal Minister Khalid Kharal. During the funeral, she realised the immense pressure on the family of the deceased to provide food for the mourners and the people attending.


When she came back home and discussed this with me, we both concluded that the idea of providing food for the guests at funerals is more of a growing cultural obligation for Muslims in Pakistan rather than an Islamic one.

The death of a loved one in the family or close friends is already the cause of severe grief and pain. Adding another responsibility of making sure that people who come to condole are properly fed is, to say the least, unfair and unnecessary.

Furthermore, it contradicts the Prophet’s (PBUH) strict instructions to relatives, friends and neighbours to send food to the bereaved family.

In the Holy Quran and hadiths, it has been made clear that mourning or grievance over a deceased person is only permitted or allowed for three days. In addition, it is also forbidden to cry continuously, wail loudly or have prolonged outbursts of grief, because these reactions demonstrate a weakness of faith.  In this difficult time, the responsibility of taking care of basic needs of the bereaved family in fact lies with the mourners, close friends and distant family, and not the other way round.


Therefore, gathering with the family after the burial and eating food in their house is actually classified as a form of wailing. It is not only burdensome; it preoccupies them despite the fact that they are already preoccupied with the death of their loved one.

Organising feasts or gatherings is actually a tradition of the days of ignorance that Islam prohibits strictly. Jarir Ibn Abdillah (RA) said that the companions of the Prophet (PBUH) considered gathering with the family of the deceased and preparing food after the burial a form of wailing.


Sayyid Sabiq (RA) elaborated on this issue saying that the sunnah way to go about this is to offer condolences to the bereaved family and leave immediately. Neither the consoler nor the consoled should sit down unnecessarily. This is the lesson we learn from the example of our righteous predecessors.

Ash-Shafi’i in his book al-Umm talked about how he hated gathering in groups together to give condolences, even if those gathered do not cry or mourn. Gatherings such as these revive nothing but sorrow, and add grief and burden to the already mourning family.

An-Nawawi  also claimed that Ash-Shafi’i and his companions disliked sitting for condolences, where members of the bereaved family stayed in their homes only to receive people who came to give their condolences. Both men and women should instead go about their usual tasks and needs.

Al-Muhamili states this explicitly and transmits it in reference to a text from Ash-Shafi’i. He says that this is makruh tanzihi (undesirable yet closer to the lawful) unless it is coupled with some other innovation. If it is accompanied with another forbidden innovation (bid’ah), as is generally the case, then it is regarded as one of the strongly forbidden acts.

Let’s also not forget the financial implications of this trend. My friend raised a very good question when she asked me,

“What happens if the deceased was the only care taker or bread winner of the family? How, then, will the deceased’s family provide food for the guests?”

It was essentially this point of our conversation that encouraged me to write about this topic.

Therefore, not only is the family burdened with having to host the guests, but they are also burdened financially. These gatherings serve the exact opposite purpose of the Sunnah, which is to lighten the load of the family.

Having said that, different people deal with grief in different ways; some find comfort in being alone and others like to be distracted by being surrounded with company. Either way, as mentioned above, the act of sitting down for hours to pay condolences is not even a mandatory task in Islamic culture, so why then should anyone expect to feed or be fed?

Muslims in Pakistan and other countries as well have managed to misconstrue the major objective of the funeral and turned something such as death into a means of displaying wealth. A better use of resources would be to give money and provide food to the needy instead.

What we can do as mere citizens of this country and as a part of the Muslim community is to limit these highly unreasonable expectations from the families of the deceased. Let us also not judge people who cannot, out of sheer helplessness caused by financial restraints, provide food for condolers.

The main intentions of the condolers should be to make sure they say a prayer for the deceased, say a few condoling words to the deceased’s family and continue on with their day normally. The death of a loved one is a time for reflection and about adjusting to life without the deceased person, so the least anyone and everyone can do is not make a party out of it.

WRITTEN BY:
Purniya Awan The writer is a Gender, Sexuality and Womenâ€™s Studies graduate from York University. She has been nominated as a Global Shaper of the World Economic Forum, is a Founding Member of a Pakistani legal blog, Courting The Law, and is also the Co-Founder of The Gender Stories (TGS). She identifies as a feminist, and is currently working in Pakistan as a Senior Account Manager at MINT PR. She tweets @purniyaA (https://twitter.com/PurniyaA?lang=en)
The views expressed by the writer and the reader comments do not necassarily reflect the views and policies of the Express Tribune.

Rajiv | 2 years ago | Reply | Recommend Muslims are so busy in these worthless debates.
Ahmed Ata Khan | 2 years ago | Reply | Recommend Agree with most of your article. However, mixing culture with religion often has the worst results. The problem is that people consider culture more important than religion. And due to the culture, poor people have to bear the brunt of the expenses. If the religious aspect is considered, it has certainly no reference, but one tends to be cut away from the family if one sways away from culture. Same is with marriage functions, even worse
VIEW MORE COMMENTS
Aftab Ahmed | 2 years ago | Reply | Recommend Even in big cities of Punjab close relatives arrange the food for first three days! I have not seen a single incident where family of the demised soul has to arrange the food. At some places communities make all the arrangements. However city life is changing at a very fast pace and three days mourning is being reducing to two or one and half days depending upon the time of burial.
Memona | 2 years ago | Reply | Recommend As I heard Back in the days when people would come from far to attend funeral or marriage of someone food was served as courtesy because people would come on bullock carts not cars.
Ahmar | 2 years ago | Reply | Recommend Not blaming the patriarchy? How about the misogynistic culture of not letting women accompany the funeral to the cemetery or lack of female grave diggers in this country. I am sure there are angles you could have worked with to tell us how oppressed women are, given that they make 50% of the deceased in this country but 0% representation in that photo at the top. Evil men! Won't even allow women to grieve properly!! Down with the patriarchy!!!! Opportunity missed, I think. >_>
Kasturi K | 2 years ago | Reply | Recommend Its not the family but the relatives of the family who provide food. When my parents died, first my father and then my mother, on both occasions the food was arranged by our relatives. It was only afterwards that we came to know which relative arranged for it. They even assisted in arranging the funeral rites because we were in shock n mourning.
Hassan Mirza | 2 years ago | Reply | Recommend I am Sorry The people who grow up in different Culture will sit at home like this above mentioned article write r comment without any sense of the tradition make other people confused .I saw lot of Pakistani journalist ,writers etc etc comment on USA never been to USA .My point is .there is totally different Tradition in city life due to multicultural Society and in any village of Pakistan Also because of lack of education Pakistani resident link every thing to Islam Such as every VIP died with Accident become Shaheed or call him Shaheed . Multan it self have two different tradition and culture Multan city ,nobody have time for 40 days mourn but in Village that is normal and also so many things Pakistani have taken over for show off which nothing doing with any religion .Such as Mehdi function also since corruption is become house hold name in Pakistan so do the show off and to satisfy his /her own guilt to link to Islam.
rebel | 2 years ago | Reply | Recommend Yes it is wrong to burden the family of the deceased to provide food for all who attended funeral. but as we see that at some places the trend is quite different for example in funerals that are in the Vicinity of Murree and Kashmir. this responsibility lies with the neighbors or relatives to provide food for three days of mourning.
wb | 2 years ago | Reply | Recommend Islam is a complete way of life. Islam is THE perfect of way of life.
Rex Minor | 2 years ago | Reply | Recommend Let’s also not forget the financial implications of this trend. My friend raised a very good question when she asked me, “What happens if the deceased was the only care taker or bread winner of the family? How, then, will the deceased’s family provide food for the guests?” It was essentially this point of our conversation that encouraged me to write about this topic. We all madam have to learn a lot before one indulges in writing about muslim culture. It is not only customary but a religious duty as well to attend the funeral of a relative or a friend to offer not only condolences but pray as well for the soul of the deceased person. This is followed by christians as well as muslims, the loved ones of the deceased are under no obligation to entertain the visitors for a meal Many Ulemas (wise people) have narrated the effects of the joint prayers of many on the soul of deceased people. Rex Minor
Khurram Chaudhry | 2 years ago | Reply | Recommend Interestingly, only when a practice is labelled as just a "cultural" obligation can it be safely dismissed in Pakistan. The writer needs to make clear why any practice cannot be dismissed using logic and reason, without it first having to be "demoted" from a religious obligation to a cultural one.
meir | 2 years ago | Reply | Recommend This is what happens when you don't interact with people of other cultures. Providing food to mourners and guests is part of every culture. This is nothing to do religion, but being a Pakistani you have to bring religion into everything.
KlingOn2K | 2 years ago | Reply | Recommend This is a subcontinental culture. This happens in India too.
Replying to X
Saved ! Your comment will be displayed after the approval.
Error !
Error! Invalid Email.