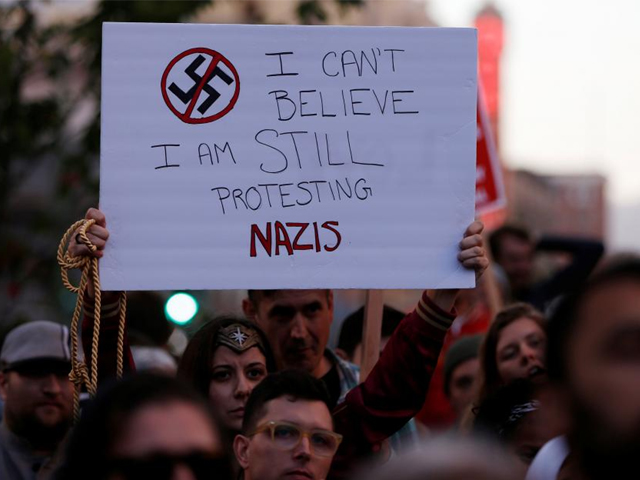 A demonstrator holds signs during a rally in response to the Charlottesville, Virginia car attack on counter-protesters after the &quot;Unite the Right&quot; rally organized by white nationalists, in Oakland, California, U.S., August 12, 2017. PHOTO: REUTERS 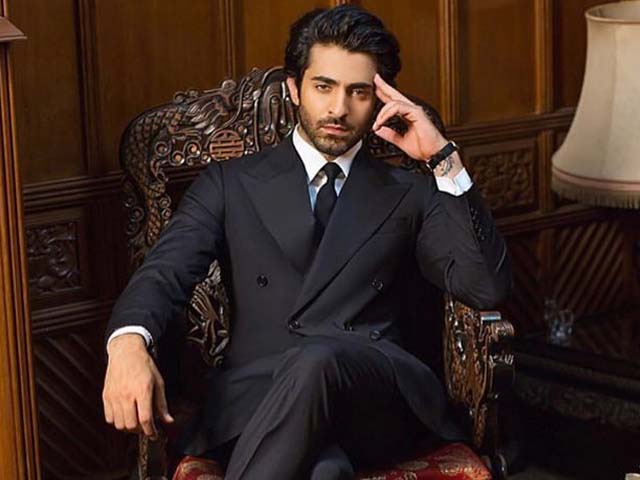 More than just an actor: In conversation with Sheheryar Munawar 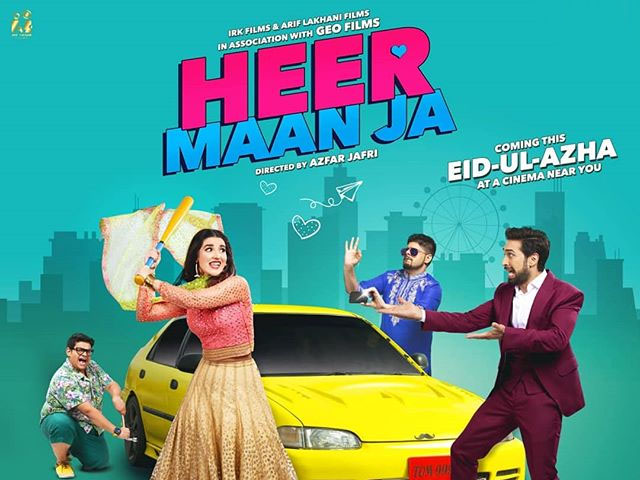 Heer Maan Ja: And the award for the best Eidul Azha film goes to...

Divided States of America: Donald Trump will not condemn the Charlottesville attackers because they are the ones who voted for him

If Trump continues to remain silent, it won’t be long before America witnesses a repeat of KKK’s inhumane actions.
Haider Rifaat August 17, 2017
Donald Trump’s vicious win as the 45th president of the United States caused quite an upheaval in the country. He spoke outrageously and millions applauded. However, in wake of the recent Charlottesville, Virginia tragedy, a new wave of hate crimes and violence has taken charge – and it is doing us more harm than good.

The incident in Charlottesville is a perfect example of it. However, this time it shook me to my bones as the tragic event took place in my home state, Virginia. A group of anti-far right protesters gathered in Charlottesville for a demonstration which ultimately led to an innocent civilian’s death, and it was no accident. A car deliberately rammed into Heather Heyer and took her life.

Heyer’s family and friends described her as a strong and passionate woman, someone who fought ardently for human rights. At a press conference, Heyer’s mother, Susan Bro said,


“They tried to kill my child to shut her up. Well guess what? You just magnified her.”

She’s correct. By silencing her, white supremacists only ended up glorifying what she stood for.


The man responsible for murdering the woman reserved no right to disrupt the peaceful protest, given the first amendment of the United States constitution which grants every citizen the right to protest and free speech. Above all, the right to life was an exclusive privilege violated by the ruthless man. He deliberately breached the US constitution and will be held accountable for it.

This very incident is something we have never seen before until recently. Moreover, Trump addressed the problem in the most careless manner, condemning violence on both sides and avoiding the involvement of the Ku Klux Klan (KKK) and white supremacist groups.

KKK stands for everything that America has been fighting against – racism, bigotry, slavery and violence. Established in 1866 after the American Civil War, KKK went onto to become a notorious white supremacist group responsible for the bombings of black schools and churches. They began disintegrating in 1925 because its ideology, intimidation and violence, did not resonate with most Americans, as compared to back in the 1800s.

Americans thought that the KKK influence had been quelled, never to return again. But it recently emerged its ugly head in the form of the Charlottesville protests.

"No one is born hating another person because of the color of his skin or his background or his religion..." pic.twitter.com/InZ58zkoAm

The conflicting responses from Obama and Trump clearly indicated their difference of perception amidst a crisis. We have witnessed a rise in hate crimes in the past few months and it will set a dangerous precedent for masses in the future. The minorities, including Latinos, blacks, Asians and South Asians are not the only ones at a potential risk. The white majority against Trump is also under the knife, unfortunately.

Perhaps Trump has consciously refused to acknowledge the culprits of the hate crime – the KKK and white supremacist groups.

Or perhaps he refused to condemn the alt-left protesters because they support him and voted for him. David Duke, a well-known name in the KKK circles, was reported to have said the following in response to the rally in Charlottesville.

If Trump continues to remain silent over such grave issues, it won’t be long before America begins to witness a repeat of KKK’s inhumane actions.

While he faced backlash and criticism for his indifferent remarks, I for one believe that the US is no longer a safe haven for civilians, especially in presence of Trump and his army of misfits. His words indicated that both the liberals and conservatives were at fault, however, he hinted at the far-left party for a reason.

Trump was in no position to defend the conservatives, hence he blamed both the sides, but in truth, we know who he truly supports. He did not call out the bigots who assumed responsibility for the attacks, when someone else in his position would have done so without a doubt. If Trump wants to redeem an ounce of his long lost dignity, he should rightfully condemn the culprits who instigated violence.

Following the incident, many politicians spoke out against Trump. Jeff Sessions vowed to take vigorous action in view of the Charlottesville tragedy while Mitch McConnell was upset at the president for not denouncing neo-Nazis. Similarly, British Prime Minister Theresa May slammed Trump for failing to call out the far-right supporters

Our thoughts and prayers are with #Charlottesville. The UK stands with the US against racism, hatred and violence.

PM: “It is vital that there is justice for the victims of this appalling tragedy and for their families.” #Grenfell https://t.co/zeqrm2ItHv

I was a partial Trump supporter prior to his presidency, but I am no longer one. I could relate to his stance on anti-abortion policy and border security concerns, however, after witnessing fascism and hate crimes every week took me back in history. I personally feel that Trump and his fascist supporters want their space back, evident from Trump's recent tweet:

Last year, when I was in California shooting for my web talk show, I wanted an American’s opinion on Trump and hence approached one of his supporters and nicely asked,


“Who do you think will win the 2017 presidential election and why?”

To my dismay, however, the young man gave me a side eye and ignored the question.

Thus, I feel the hysteria has a lot to do with psychology and mind games. That said, the general perception world over is that Trump is unfit to lead a nation as diverse as the US. He is clearly in favour of the KKK and white supremacists and it won’t come as a surprise if his actions inevitably lead to bloodshed and wars in the coming.

WRITTEN BY:
Haider Rifaat
The views expressed by the writer and the reader comments do not necassarily reflect the views and policies of the Express Tribune.

Phil Spomer | 2 years ago | Reply | Recommend Trump condemned the Nazis and the KKK immediately and repeatedly. Why do people keep saying otherwise? It benefits their political agenda to stir up strife.
numbersnumbers | 2 years ago | Reply | Recommend To see how delusional the author is about Trump and the KKK, All should search for an excellent article on slate magazine "You are still crying wolf"! Or search the web for "You are still crying wolf slate"!
VIEW MORE COMMENTS
numbersnumbers | 2 years ago | Reply | Recommend Firstly! The freedoms granted in the American Constitution and Bill of Rights guaranteed that any individual or group, no matter ho repugnant, has the right to assemble and speak! The extremist group members, numbering not even a thousand people, had applied for and received a permit for their function! The counter demonstrators (with no permit to assemble) numbering far more than the extremist groups, came armed to the teeth looking for a fight and found it! Videos of the brawls shows baseball bats, clubs, home made flame throwers, along with frozen plastic water bottles used as rocks! The president condemned BOTH SIDES for the violence, but somehow you distort that statement as evidence that he is an ardent supporter of the KKK! Perhaps the author might dream up some quotes or video where TRUMP publicly states that he supports nazis, skin head thugs, KKK, but of course he can't!
Replying to X
Saved ! Your comment will be displayed after the approval.
Error !
Error! Invalid Email.