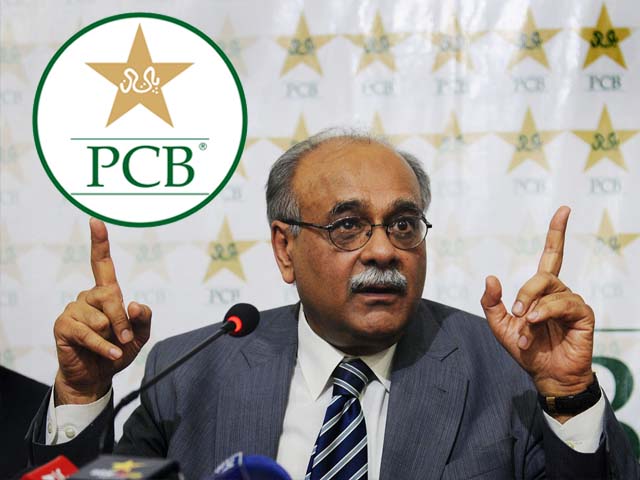 The Pakistan Super League (PSL) has been Sethi’s biggest success so far. 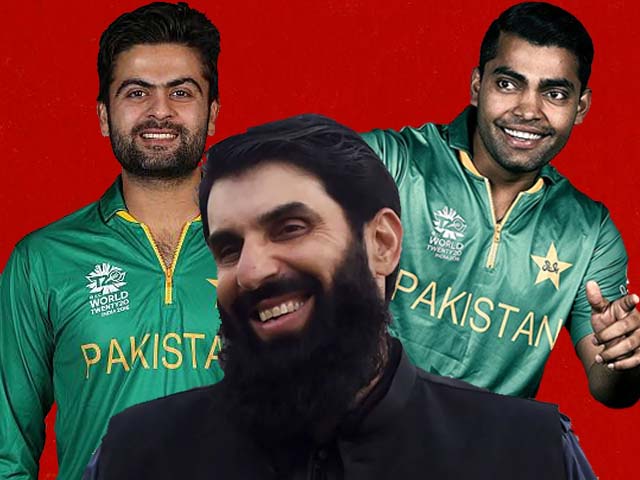 Misbahul Haq: In with the old, out with the young and new? 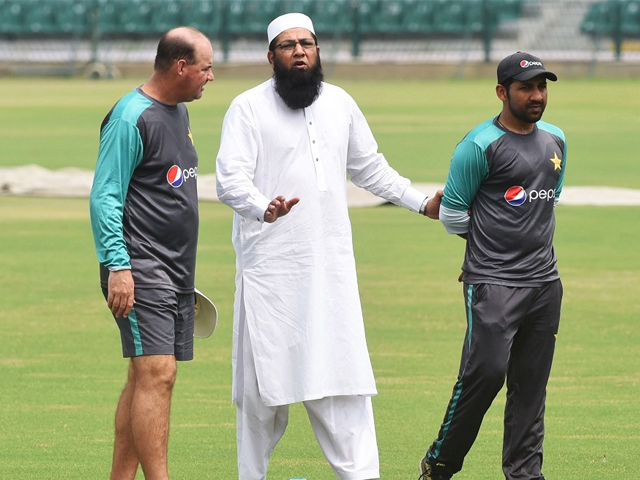 Pakistan cricket has many problems; removing Mickey and Inzi will not solve them

Given PSL’s success, Najam Sethi is our only hope to bring cricket back to Pakistan

It is because of the PSL final in Lahore that a home series against the ICC World XI is now on the cards for Pakistan.
Hammad Mateen August 18, 2017
While Ali Sethi managed to save the first episode of Coke Studio season 10 with a beautiful rendition of Ranjhish Hi Sahi, Pakistan Cricket Board (PCB) recalled his father, Najam Sethi, as PCB’s new chairman. It was clearly a great week for the Sethi family.


But this is not the first time Sethi has found himself at the helm of PCB’s affairs. He has competed with Zaka Ashraf for the position in the past as well, which definitely caused a lot of embarrassment for Pakistan on the international front.

Sethi generally garners animosity from the masses because of his affiliation with the Sharifs and the absence of any sort of cricketing experience. Senior former cricketers aren’t big fans of Sethi either since they believe that only cricketers should run cricket boards (even though Javed Miandad, during his stint as PCB’s director general, proved many of them wrong).

However, former cricketers such as Wasim Akram and Rashid Latif support Sethi and believe he is someone who can give Pakistan cricket a new direction. Let’s hope they are right. 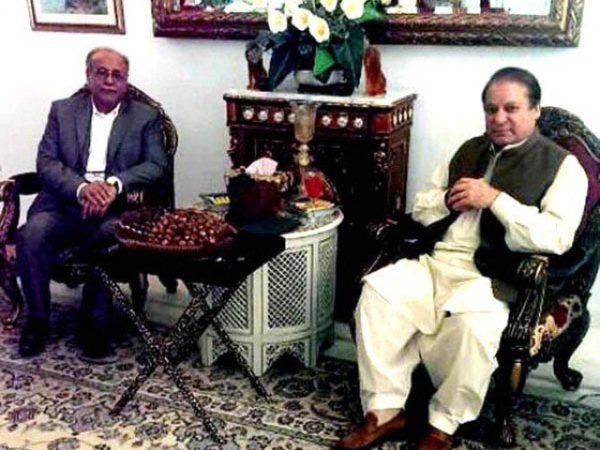 Najam Sethi in a meeting with the Prime Minister and Patron Nawaz Sharif. Photo: PID

Sethi’s love affair with Pakistan cricket began nearly a month after his much debated successful stint as the caretaker chief minister of Punjab in 2013. He has been a part of PCB since then in one way or the other. During Shahryar Khan’s tenure as chairman PCB, it was Sethi who was assumed to be running the show from behind the scenes.


When he was chairman PCB in the past, his stance regarding Pakistan’s vote for the controversial ‘Big Three’ proposal received mixed reactions from all circles. Many argue that it was not a pragmatic decision, considering Pakistan’s position in world cricket at that time.

Pakistan is yet to bear fruits for that decision of his. This is because the bilateral series that was promised between India and Pakistan as a result of Pakistan’s vote in favour of the Big Three has not materialised as yet and neither has Pakistan been financially compensated as a result of India backing out.

However, Sethi does have a success story attached to his name – the Pakistan Super League (PSL). The grandeur with which both editions of the tournament were organised is comparable to any major cricket league in the world. It speaks volumes of Sethi’s efforts in restoring the faith of the International Cricket Council (ICC) and many of its Pakistani board member. 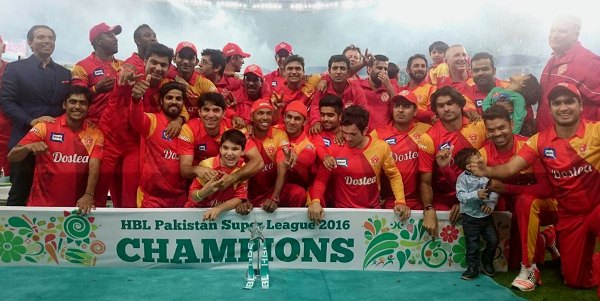 No matter what Imran Khan and Pakistan Tehreek-e-Insaf (PTI) may say, staging the final in Lahore for the second edition of the PSL was one of PCB’s biggest achievements. Even though most of the international players who were supposed to represent their respective sides in the final backed out, the amount of support Pakistan cricket received for successfully and peacefully organising the final is immeasurable and will go a long way. 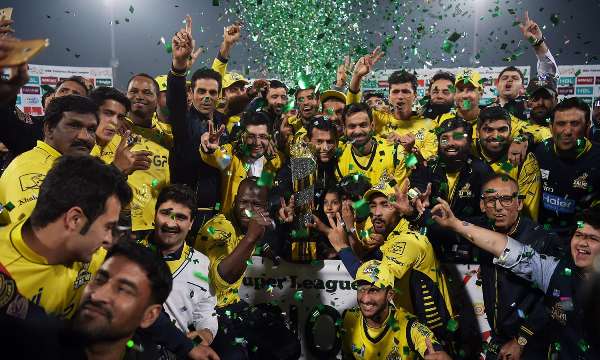 Cricketers of Peshawar Zalmi their victory over Quetta Gladiators in the final cricket match of the Pakistan Super League (PSL) at The Gaddafi Cricket Stadium in Lahore on March 5, 2017. Photo: AFP

It is because of this final that a home series against the ICC World XI is now on the cards for Pakistan. If PCB is able to successfully pull this off, it will surely prove many critics wrong. And what a series that would be!

Everything is about marketing and lobbying these days and even if this is not the greatest skill to have, Sethi is most definitely good at it. Two former PCB chairmen (Khalid Mahmood and retired General Tauqir Zia) have also backed Sethi for the chairmanship of the board. Ironically, the aforementioned had not played cricket as well but are considered great leaders when it comes to cricket administration in Pakistan.

Sethi will now need to disconnect himself from politics (if that’s possible) and focus on building a team and creating a formidable domestic cricket structure which can back initiatives such as the PSL. I’m personally not a fan of him, but I do hope he takes Pakistan cricket to new heights and manages to bring back international cricket to the country. People miss the biryani at National Stadium. 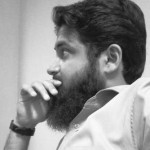 WRITTEN BY:
Hammad Mateen The author is a mechanical engineer, education management professional and freelance writer working in the social sector, he tweets as @hammadmateen (twitter.com/hammadmateen)
The views expressed by the writer and the reader comments do not necassarily reflect the views and policies of the Express Tribune.

Patwari | 2 years ago | Reply | Recommend "Najam Sethi, a $ millionaire $ many times over, need to retire. And live in London. Shop at Harrods and Selfridge's, eat nihari aevery day and watch cartoons on TV.
Keyboard Soldier | 2 years ago | Reply | Recommend He needs strong personal connections within the GHQ to be able to hold any international cricket games in Pakistan. Army's support = International Cricket.
VIEW MORE COMMENTS
Mr. Ok | 2 years ago | Reply | Recommend I think the author thinks that whole Pakistan is "banj" that is the reason Sethi is the "only hope". Sethi should invest money earned through 35 punctures and PSL match fixing on some good writer. The author of this blog is coming up with stupid logic and wasting the money of Sethi and PMLN
Hammad Mateen | 2 years ago I usually do not respond in defense to comments on my pieces and take criticism positively even when it comes from someone who isn't even confident enough to come out with their original identity. However, I would like to clarify here specifically that the title/ headline of this blog was not suggested by the author and my reservations on that have already been shared with the ET team. Other than that, the blog represents my neutral opinion regarding the current scenario involving Sethi and in no way is in line with the title/ heading used for the piece by ET. Readers may disagree to my opinion but just in case someone wants to read the original (unedited) version of the same piece, you can visit: https://hammadmateen.wordpress.com/2017/08/19/najam-sethi-a-bittersweet-fruit-of-nepotism/
Replying to X
Saved ! Your comment will be displayed after the approval.
Error !
Error! Invalid Email.