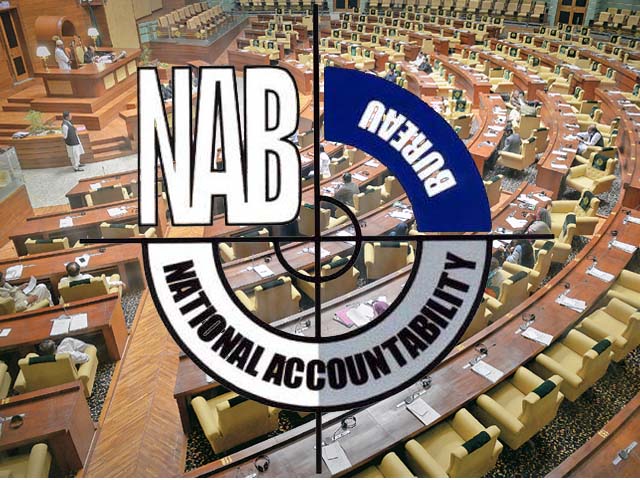 Really, the scale of corruption in Sindh is mind-boggling. 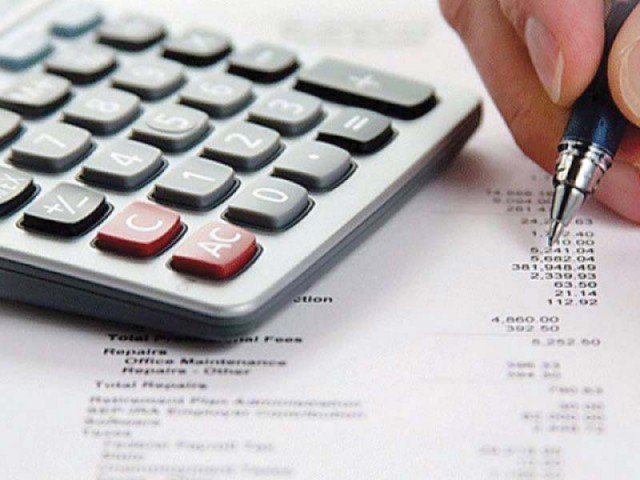 Mother of all U-turns: Why is PTI protecting tax evaders instead of punishing them? 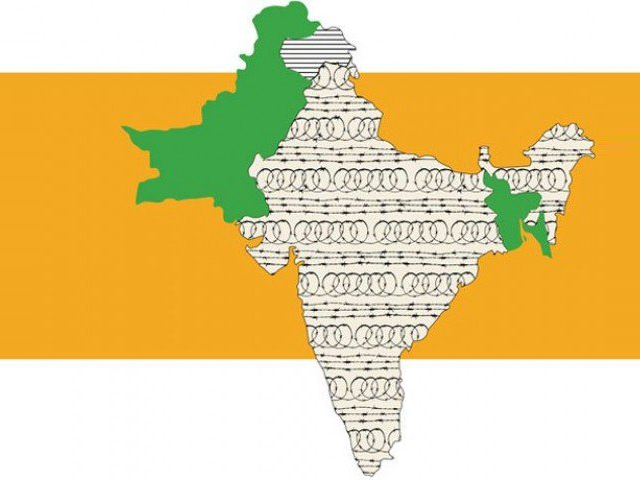 “Udhar tum, idhar hum”: When Bhutto pushed Bangladesh to the edge of Pakistan

“Corruption is our right”: Have you not looted Sindh enough already, PPP?

It is highly ironical to see PPP stalwarts such as Aitzaz Ahsan demanding accountability of Nawaz Sharif in Parliament
Shakir Lakhani July 06, 2017
Ask any schoolboy in Pakistan which political party is the most corrupt and he will reply at once,

Even before a Swiss court convicted the former president and his wife Benazir Bhutto of money laundering, the leaders of this party have been known to be highly corrupt. It was not for nothing that former President Asif Ali Zardari was known as Mr 10%.

So it was highly ironical to see PPP stalwarts such as Aitzaz Ahsan in Parliament demanding accountability of Nawaz Sharif. Either he forgot the rampant corruption in his own party or deliberately chose to ignore it. Mr Ahsan, how can we ever forget your party’s Prime Minister Raja Ashraf’s corruption in the rental power case?

And surely you remember that payment of Ayyan Ali’s air ticket was made from the same bank account as that of Bilwal Bhutto Zardari’s? Have you never wondered how an ordinary low-paid Water and Power Development Authority (WAPDA) meter reader (Syed Khurshid Shah) became so wealthy?

After all, it was a PPP stalwart (Abdul Qayyum Jatoi) who said,

“Corruption is our right!”

What he really meant, of course, was,

“Corruption is our religion!”


“The Sindh government will introduce a new anti-corruption law in 30 days… to eliminate corruption from the province.”

If the recent past is any guide, the Sindh government will probably appoint someone like Superintendent of Police (SP) Fida Hussain Shah (who is himself facing corruption charges) to investigate corruption in the province.

And we should not forget the strong resistance put up by the Sindh government towards the appointment of Inspector General of Police (IGP) AD Khawaja. You cannot appoint your party activists as policemen as long as you have an honest officer heading the police department, can you, Mr Murad Ali Shah? Nor can you have ghost teachers in ghost schools if NAB is constantly looking over your shoulder.

Really, the scale of corruption in Sindh is mind-boggling. From sale of parks in Karachi to mismanagement of water purification plants in Thar, there is looting and plundering everywhere.

Gangsters like Uzair Baloch have been freely used to further the agenda of Sindh’s rulers, while a little known Sindh government employee (Sharjeel Memon) became a billionaire within three years.

Even though property prices have shot up numerous times and the common man can no longer afford to buy a house, the Sindh government charges taxes and stamp duties at the old prices (which are only 2% of the actual values). Government employees in the Sindh Building Control Authority (SBCA) and the land department take huge bribes from builders as well.

So, by making NAB ineffective in the province, the Sindh government wants to ensure that the loot and plunder of Karachi continues. It doesn’t want to be held accountable for the garbage on the streets of Karachi, nor does it want anyone to prevent the sale of amenity parks at throwaway prices to builders.

So I wasn’t surprised at all to see a glum and despondent Shah in the apex committee meeting with the army chief, which was held to impress upon him the need for, amongst other things, improvements in the functioning of the police department and to appoint police officers on merit.

I know that he was upset because he had never thought that there would be resistance from any quarter to his ministers’ aims to further enrich themselves, nor to his power to appoint unqualified louts in the provincial police department. He thought that by exempting Sindh from NAB, people like Memon, Dr Asim Hussain, and former SBCA Director General Manzoor Qadir Kaka would now be immune from prosecution.

Well, he is wrong, as he will soon find out when the proposed law is struck down by the courts.

Get real, Mr Shah, the people who voted for your party are not ignorant. They can see that there has been no development at all in Sindh, when compared to the other provinces. They know that your party has failed them.

You still have about a year to do something for the people of your province, Mr Shah. Stop thinking of protecting the corrupt, start accountability, get rid of those who are bent upon making themselves rich. Otherwise it will be too late, and the people will come out on the streets to remove your party from power, as they did in the times of Ayub Khan and Zulfikar Ali Bhutto. 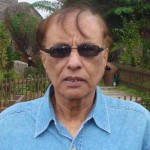 WRITTEN BY:
Shakir Lakhani Engineer, former visiting lecturer at NED Engineering College, industrialist, associated with petroleum/chemical industries for many years. Loves writing, and (in the opinion of most of those who know him), mentally unbalanced. He tweets @shakirlakhani (https://twitter.com/shakirlakhani)
The views expressed by the writer and the reader comments do not necassarily reflect the views and policies of the Express Tribune.

Sane | 3 years ago | Reply | Recommend Sharifs are bigger cheats and looters than Zardari. This is time that all these black sheep are sent to live in jungle forever.
peter pan | 3 years ago | Reply | Recommend I agree with all that you say but articles such as this will not change the fate of Sindh or specifically Karachi. There is structural problem in the political system in vogue in Sindh. By the division of Sindh into Urban and Rural for some purposes, e.g. Job quotas, perhaps even budgetary allocations, but not carrying it thru to the legislature i.e. the provincial assembly, you end up in a situation where the people who are elected from rural Sindh are responsible for the development of Urban Sindh also. Here they have no interest in doing any thing since they are not accountable to the Urban electorate. Therefore the solution is to divide Sindh into two separate provinces, Urban and Rural. Then the elected reps from each province would be accountable to their respective electorates. If they do nothing then the electorate should replace them. If they do not replace them then the electorate would be blamed.
VIEW MORE COMMENTS
Mian Jawad Afzal | 3 years ago | Reply | Recommend Sadly, Karachi is in Under PPP reign since 10 Years. They are destroying Pak by destroying Karachi.
Dur e Shehwar Shah | 2 years ago Excuse me... !! PPP not destroyed country, sindh Government and PPP always work for people welfare.
Saad | 3 years ago | Reply | Recommend Hats off to your sir for such a nice write up!
Paindoo | 3 years ago | Reply | Recommend PPP is continuously elected by people of Sindh irrespective of what PPP do for them when in power. This is hardly a surprise.
Parvez | 3 years ago Why do the people of Sindh continuously elect a corrupt PPP to power ? This question was answered by a social observer who claimed that inherently the Sindhi in general was lazy and corrupt and the PPP knows this....so the PPP will loot the province and the people go about their small time crimes which the PPP will ignore and this arrangement suits all.
Waqar | 3 years ago | Reply | Recommend Nicely written, but it is, at the end of the day, shaming the shameless
Zubair | 3 years ago | Reply | Recommend Well written but aggressiveness took the interest of reader.......out.
Patwari | 3 years ago | Reply | Recommend Well, with all due respect, Murad Shah, is a chip off the old block. That's why he was made Chief Minister of Sindh. By his liege lord and owner, Mr.10%. He will not do anything to upset the apple cart, or pecking order...er,... feeding order, at the "looting/plundering" trough. After all, goals have been set for him. He HAS TO further enrich his master, from the current $4.2 billion[USD] to as close to $5 billion[USD]. This is priority ONE, coming straight from the head of the party at Garhi Khuda Baksh, Larkana, Sindh. We must all try to remember the sainted Mohtarma, removed $1.8 billion[USD] from the Pak exchequer. In the course of her two stints at the throne. During an interview, with a female journalist [who was asking very probing and difficult questions] Mohtarma tried to play the gender card. And asked the journalist 'what is the difference between you and me?'...the journalist looked her in the eye, steadily, and said :- ' the difference is $1.5 billion'....she was from Newsweek and had done her homework.
Ahmar | 3 years ago | Reply | Recommend PPP is a disgrace. It was supposed to be the party of the left-wing liberals and progressives. I would rather vote for PML - N than vote for these looters, and I don't even like PML-N!
Bilal | 3 years ago | Reply | Recommend A very thoughtful write-up on real looters of Pakistan.
Replying to X
Saved ! Your comment will be displayed after the approval.
Error !
Error! Invalid Email.