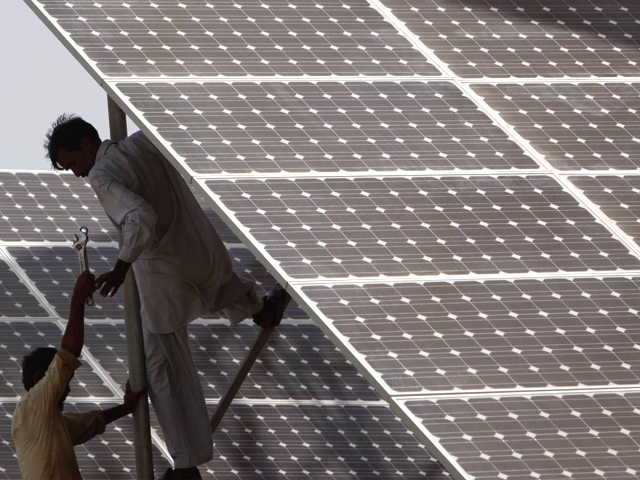 Technicians work on solar panels in a power station at Hub about 25 km (15 miles) from Karachi on June 18, 2010. PHOTO: REUTERS 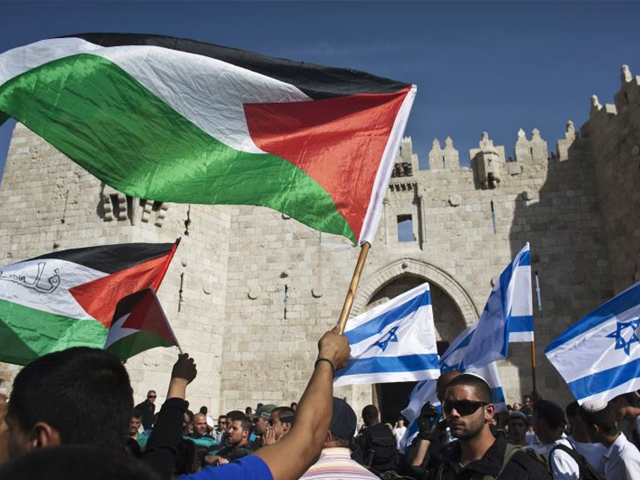 The Israeli-Palestinian conflict is no longer the main game in the Middle East; it is now merely an irritant in the Arab backyard 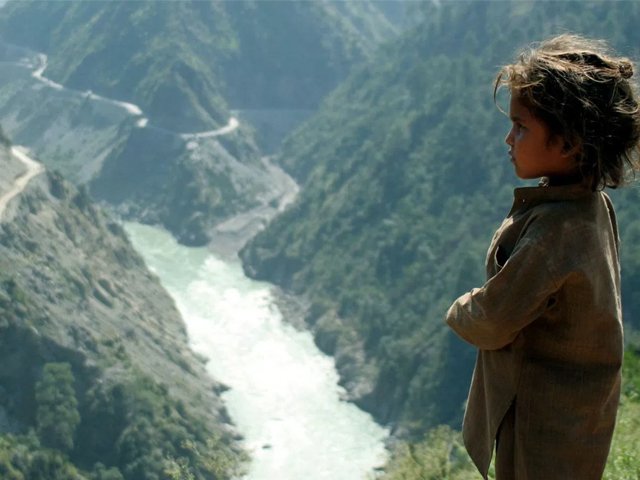 Load-shedding? Bill tampering? Theft? Fret not, Pakistan, for solar-powered systems are here to save the day (and your money)

It would entirely replace the need for electricity from the grid, the bill would be zero and there is no running cost.
Dr Ali Hashim August 08, 2017
For the last 10 years, we’ve been hearing that Pakistan is on the verge of getting rid of load shedding and power shortages. The situation, however, has stayed the same despite repeated government announcements.


Since power is not the only sector in which gross incompetence and corruption have led to low levels of service delivery, it is perhaps correct to assume that the prospect of things improving in the short to medium term are impossible.

When the government-provided education services are inadequate, people send their children to private schools. They opt out of the government-prescribed syllabi which are often used to propagate nationalistic and corrosive ideologies and get their children to study for internationally recognised A’Levels. They send their sick to private clinics, hire private security, and the list goes on.

These options are naturally more expensive. However, the real choice is not one of getting a better price for a service, but between no service and service at a higher price.

There are multiple problems with centrally-managed power systems in Pakistan, namely WAPDA, K-Electric and more. There is the question of availability at a certain source, the bad distribution system, followed by massive theft, corruption in billing, specification of unfunded subsidies (which have led to the famous circular debt), and gross financial and administrative mismanagement.

It is important to note that any proposed solution would need to consider all the aforementioned issues, not just the availability at source, which seems to be the focus of most government announcements.

There is no point in lamenting any further about this. Pakistanis need to investigate whether there are alternative solutions which could assure them reliable electric power at reasonable prices.

In 2004, it was about $5-6 per watt and now it’s in the range of $1.6-2.0 per watt. This coupled with the fact that Pakistan is in a geographical region with abundant sunshine across most of the country, proving that solar power is a solution that can be adapted for use in Pakistan.

In addition to multiple well-documented environmental advantages of transitioning to renewable energy sources, there is another crucial advantage in the use of solar powered systems – they work well in a decentralised environment. This, however, is extremely relevant for our situation.

In a decentralised environment, the source of supply is close to and mostly under the control of the consumer. The problems of transmission losses, theft and mismanagement, which are some of the primary reasons why power is not available to consumers in Pakistan, are thus eliminated.

The attached table gives the cost of installing a solar powered residential system for three categories of users.

Category one includes the basic user who needs to power a few electric bulbs, ceiling fans, owns a refrigerator, a TV and some other minor electric appliances.

Category two includes those users who also operate one AC and have a deep freezer and water pump.

Category three includes the more affluent household which operate two to three ACs and have many more light points, ceiling fans and several other appliances. The table also shows the average summer and winter electricity bills that users currently receive from their electricity utility.

These are used to calculate an approximate payback period for the initial capital investment. As seen from the table below, this is between 10 to 13 years. These are conservative calculations. The actual payback period could be more like 10 years.

Lower income households may have some difficulty in making this sort of investment. However, local banks have been forthcoming in providing financing for investments.

These loans could be paid back by the consumers at rates equal to their electricity bill over a period of 10 to 12 years. This would enable the system to run for free for the next 10 years.

In addition, a whole new sector of economic activity would open up and create jobs in departments such as sales, installation, repairs etcetera, as has been witnessed in the case of other sectors such as security, cellphones and computers.

If this number is higher, which it may be, then the total requirement on the central grid could go down even further. This would mean that the existing supply and demand situation would become more manageable. Therefore, the benefits for this transition would also extend to those who have not transitioned to solar power.

In developed countries, the decentralised systems are viewed as secondary power generation sources which can sell excess power back to the utilities.

Apparently, the idea of solar power is already getting some attention in Pakistan and some households have started installing solar systems as a backup. However, an interesting problem has emerged.

It was reported by The Express Tribune that potential consumers have been subjected to fake rumours by unscrupulous utility officials that,


“Solar panels would actually make things worse. They have been told that the dark coloured solar panels, built to absorb the sun’s rays and convert them to electricity, would increase the ambient heat in the buildings they were attached to, pushing the temperature indoors even higher.

Officials have also reportedly stated that the growing use of solar panels was to blame for the more frequent and intense heat waves that Pakistan has experienced – something scientists say is entirely untrue. Climate change and worsening extreme heat is instead driven largely by a huge expansion in the use of fossil fuels such as coal, oil and gas.”

This story in effect brings out the potential viability of a large-scale transition to solar power. It seems this trend has really hit the nerve of those who have a vested interest in preserving the existing system.

Currently, solar power residential systems seem to be a viable and efficient solution for our constant electricity, bills and load-shedding woes. After all, where there’s a will, there’s a way – and this is the way of the future. 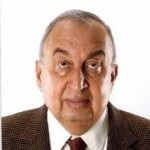 WRITTEN BY:
Dr Ali Hashim Dr Ali Hashim retired recently from the World Bank. He has extensive experience in Public Sector Management and has a PhD from the Imperial college of Science and Tech.
The views expressed by the writer and the reader comments do not necassarily reflect the views and policies of the Express Tribune.