Where is Ayman Al-Zawahiri?

Why has there been no news from Zawahiri after Mubarak's departure from Egypt?
Jamshed Baghwan February 15, 2011

When I woke up this morning, I was taken aback by the front page of The Express Tribune, with shining white letters reading “Deliverance” which announced that the revolution had succeeded at last. When I think of Egypt, images of the 2007 drone attack that struck a seminary and killed 80, mostly minors, come to my mind. The prime target of that attack was Ayman Al-Zawahiri, the long lost al Qaeda leader who hails from Egypt and was reported to be in Pakistan.

Zawahiri has sent out audio or video messages regarding almost everything that Qaeda has ever considered as a threat to its so called “priorities of Muslims,” but not a single statement has come forward. The United States, the European Union and almost every other country has spoken about the issue, but not Zawahiri who has not left a single issue uncommented upon, starting from the floods and earthquakes in Pakistan to Raymond Davis! But why not his own country of Egypt?

From what can be gathered of Zawhiri’s life he eventually became one of the Egyptian Islamic Jihad’s leading organisers and recruiters. Zawahiri’s hope was to recruit military officers and accumulate weapons, waiting for the right moment to launch “a complete overthrow of the existing order.”

Zawahiri was one of the hundreds arrested following former Egyptian President Anwar Sadat’s assassination. Now, when the existing order has been over thrown, would Zawahiri leave us alone?

His own country has seen a somewhat peaceful revolution towards democracy but drone strikes for the self-exiled leader, an ally of the world’s most wanted man, continue in our part of the world. Our women, children, police and the army are on the consistent hit-list of the people who are the descendants of Zawahiri or the vermin produced by his heinous agenda.

While images of a people dancing to the tunes of a revolution appear in front of my envious eyes, the question of a peaceful Pakistan still lingers. 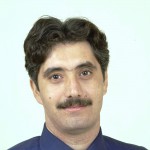 WRITTEN BY:
Jamshed Baghwan The bureau chief of Express News in Peshawar who has reported from FATA and Afghanistan.
The views expressed by the writer and the reader comments do not necassarily reflect the views and policies of the Express Tribune.