OPINION Becoming the best version of yourself in Ramazan

OPINION Can we expect a miracle to happen? Education at square one

Instead of maintaining a consistent board of education, the govt ignored the problem and gives it no funds.
Raheel Jajja February 11, 2011

Sixty-three years worth of disparities. I find it an illogical argument that for the majority of this country an important life-changing issue such as education will remain secondary to clothing, housing and nutrition. Why must the underprivileged be responsible for changing their own fortunes?

How come there is Shining India, with the youth from middle class Calcutta, Hyderabad, and even the smaller suburbs of Delhi and Bombay, doing well in sectors such as IT, both at home and abroad? How come the youth in these countries and cities have more opportunities than us? I pin that down to the fact that there may be a discrepancy in the quality of education at a school, but every student has the opportunity to go through a similar education system.

In the Asia-Pacific region, India, Japan and China are some examples that have tried to maintain a consistent board of education across the country. In Pakistan we are still at square one. On one hand is the ever-evolving British system and then the local federal and provincial systems. Let alone bringing it up to international standards, subsequent governments haven’t even tried to bring all the indigenous systems at par.

Not everyone can afford the external systems of education, you need Rs5,000 as registration fee and another Rs5,000 per subject, and that too is exclusive of the school fee that you have to pay for the entire year. Not many in this country can even think about spending that kind of money. In this case, it becomes even more imperative for the state to upgrade its education system.

I find it appalling that the Pakistani government believes it can spend a paltry sum of less than three per cent of the GDP on education, with approximately 30 million children in the school-going age, and get away with it.

Nations are built from ground up, not top down. Hence, until we invest in the larger section of this society, we are not going to make any changes. 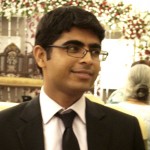 WRITTEN BY:
Raheel Jajja A sub-editor on the national desk of The Express Tribune.
The views expressed by the writer and the reader comments do not necassarily reflect the views and policies of the Express Tribune.

Anoop M | 10 years ago | Reply It is a vicious cycle . No proper education leads to no qualification , leads to unproductive life leads to less income when the kid grows up. Then he cant afford his kids to school and cycle repeats for the next generation . Also , for the society it is very harmful . Of all things in life , a solid foundation at early age ensures the kid can stand on his own feet when his time comes and contributes to the country and society . Then , one has to have leaders and visionaries at the helm who can see this and shun short term thinking . I think more than the government , it is parents responsibility to ensure that it happens . Can't expect government to do all .
parvez | 10 years ago | Reply Excellent article. India was fortunate to have Nehru for may years after '47 to lay the foundation. We were unfortunate that our leader died soon after and since then we have been directionless. Not only on the issue of education but on other fronts as well and matters seem to be going from bad to worse.
VIEW MORE COMMENTS
Gul Shehzad | 10 years ago | Reply I cannot agree more with this article, i am a Pakistani by origin, born and brought up in Hong Kong. My parents belong to a small village in Attock, and i keep going back to Pakistan on holidays, i kept thinking of ways in which i can help, i have contacted Shehzad Roy to support him financially in his Zindagi Trust, but though this is still not enough, our Government needs to wake up, and realise how important it is to educate the nation, we are becoming a laughing stock in foreign countries for our deeds, and it's all because of no education. How can we improve the education in Pakistan, how can we compete with the world?
Selina Gilani - Relationship | 10 years ago | Reply Nice eye opener article
Let us not digress | 10 years ago | Reply True story my friend. Although many individuals and ngos are doing pretty good work in this area, but things won't budge significantly until the govt steps in with a motive to revamp the education system and bring in some quality administrators for it.
Replying to X
Saved ! Your comment will be displayed after the approval.
Error !
Error! Invalid Email.