The old architecture of Gojal valley

Two buildings in Gulmit, the main town and headquarter of the calamity-hit Gojal Tehsil, are noted for their beautiful wood carvings. The old house which is located near the polo ground is well known for its ornately carved door and windows. The old house has now been turned into a carpet weaving centre where women artisans make beautiful carpets from goat, sheep and
yak wools.

The old house is a double-storey building. The lower has the carpet weaving centre while the upper is used as store house. The ceiling of the lower storey is supported by four pillars, which are decorated capitals. Similar decorated capitals are also seen in many Wakhi houses which indicate their aesthetic taste. The old house is a real prototype of traditional Wakhi houses with four pillars supporting the main chamber of the house. In the centre of the room is located a fire place.

According to Afzal Khan of Gulmit village:


“In winters, this place serves as a heating place. Around this are three elevated platforms called ‘razh’ which are used as a sitting place during the day and turned into bedroom at night. Usually, the ceiling is of lantern style with holes in the middle for the chimney of bokhari (fire-place) to let out the smoke”.

On the upper storey is the hall and just above it a one room structure. The hall has three entrances. The pillars of the entrances are also decorated. Nowadays, this hall is being used for carpentry. Roofs of both the hall and the upper structure are made of mud.

The upper storey of the old house is a small chamber possibly used in the summer. It has a portico on the two sides and carved wooden windows on either side. The bases and the shafts of the pillars of the portico are decorated. The door of the chamber or sanctuary opens on the east. The carvings on the door are remarkable. The decorations on the side windows are also splendid. Usually, geometric and floral designs are carved on wood.

Another historical structure that dominates the landscape of Gulmit is the Maktab (school) which is believed to have been built in 18th century.


“In the past the Maktab served as school where languages were taught to children”.

The distinctive feature of the Maktab is the bird carvings on the brackets of the pillars and on the main door. It has a portico on two sides. The pillars are decorated and the wooden floor of the corridor is also remarkable.

It is built on a platform of rough round boulders held together with earth and their own weight. The walls of the structure are constructed in cribbage or cage style which is made of timber beams, filled in with either rubble or adobe blocks laid in earth mortar. Similar technique was also used while building the old house. The cribbage style is peculiar to Gilgit-Baltistan.

Some of the most amazing structures employing cribbage technique are found in the valleys of Gojal, Hunza, Darel
and Tangir.

There are total 16 pillars, some decorated and other undecorated. The brackets of the pillars have more intricate carvings. Some of the brackets have geometric and floral designs. Two brackets have bird motifs which can also be found on the door lintel. The bird carvings can also be found on other buildings of Gojal. However, the most amazing design is carved on the Ghulkin Maktab. The wooden windows on either side of the Maktab are also tastefully carved. However, the most beautiful and intricate carving is found on the main door of the Maktab. Both the ceiling and floor of the Maktab are made of wood.

The house of Qirghis Bai is the oldest in Ghulkin village. Bai is said to have been the first Wakhi settler in the village. The carvings in this house are even better than those of the old house which lies unoccupied and is occasionally used for religious festivals.

The shrine of Shah Chiragh in Kamaris village is said to be several hundred years old. Shah Talib’s shrine is another historical heritage located in Husani village.

Published in The Express Tribune. 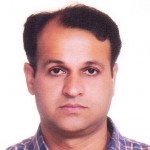 WRITTEN BY:
Zulfiqar Ali Kalhoro A research anthropologist at Pakistan Institute of Development Economics (PIDE), Islamabad.
The views expressed by the writer and the reader comments do not necassarily reflect the views and policies of the Express Tribune.