The dirty old men of Pakistan

She was professional enough not to retort: Are you a mufti, or just another old fart?
Mohammed Hanif May 31, 2016
In the world we live in, there is no dearth of pious men who believe that most of the world’s problems can be fixed by giving their women a little thrashing. And this business of a man’s God-given right to give a woman a little thrashing has brought together all of Pakistan’s pious men.


A few weeks ago, Pakistan’s largest province passed a new law called the Punjab Protection of Women Against Violence Act. The law institutes radical measures that say a husband can’t beat his wife, and if he does he will face criminal charges and possibly even eviction from his home. It proposes setting up a hotline women can call to report abuse. In some cases, offenders will be required to wear a bracelet with a GPS monitor and will not be allowed to buy guns.

A coalition of more than 30 religious and political parties has declared the law un-Islamic, an attempt to secularise Pakistan and a clear and present threat to our most sacred institution: the family. They have threatened countrywide street protests if the government doesn’t back down.

Their logic goes like this: If you beat up a person on the street, it’s a criminal assault. If you bash someone in your bedroom, you’re protected by the sanctity of your home. If you kill a stranger, it’s murder. If you shoot your own sister, you’re defending your honour. I’m sure the nice folks campaigning against the bill don’t want to beat up their wives or murder their sisters, but they are fighting for their fellow men’s right to do just that.

It’s not only opposition parties that are against the bill: The government-appointed Council of Islamic Ideology has also declared it repugnant to our religion and culture. The council’s main task is to ensure that all the laws in the country comply with Shariah. But basically it’s a bunch of old men who go to sleep worrying that there are all these women out there trying to trick them into bed. Maybe that’s why there are no pious old women on the council, even though there’s no shortage of them in Pakistan.

The council’s past proclamations have defended a man’s right to marry a minor, dispensed him from asking for permission from his first wife before taking a second or a third, and made it impossible for women to prove rape. It’s probably the most privileged dirty old men’s club in the country.

Some of us routinely condemn these pious old men, but it seems they are not just a bunch of pampered religious nuts. In fact, they are giving voice to Pakistani men’s collective misery over the fact that their women are out of control. Look at university exam results; women are hogging all the top positions. Go to a bank; there is a woman counting your money with her fancy nails. Turn on your TV; there is a female journalist questioning powerful men about politics and sports.

One of these journalists recently was grilling a famous mufti opposed to the bill. Bewildered, the mufti said: Are you a woman, or are you a TV journalist? She was professional enough not to retort: Are you a mufti, or just another old fart?

It wasn’t supposed to be like this. Three decades ago, most Pakistani women who had paid jobs worked at menial tasks, and the others were confined to traditional professions like medicine or teaching or, occasionally, law. There was a small and brave women’s movement. Women were writing novels and making movies, but they were few in number. Now they are flying planes, heading companies, policing the streets, climbing mountains and winning Oscars and Nobel Prizes. There are millions of women across the country running little beauty parlours from their homes, employing other women and gaining a measure of independence.

But for every bank teller, there are still millions of women who are farmhands or house help. For every TV journalist, there are many more women who live in half-slavery, scrubbing and cleaning, and shouldering the heavy burden of protecting and raising their kids.

Let’s not just blame the mullahs and muftis. Misogyny is way older than any religion. Even people who have never seen the inside of a mosque or the Sufis who want to become one with the universe wouldn’t think twice before treating a woman as something between a pest and a pet goat.

Some members of parliament stayed away when this bill was being passed in the Punjab assembly. They probably represent a majority. Some of us even call ourselves feminist.

“See, I have never stopped my sister from going to school, never given my girlfriend a black eye. That makes me a feminist, right? But we must protect our families. You don’t want a family-loving feminist man going around with a GPS tracker, do you?”

What really scares the so-called feminist men is that a lot of women are actually quite bored with talking about being a woman. They talk about their work. A film director talks about bad actors. A development worker talks about idiotic funding patterns. A maid talks about her cell phone and the quality of detergents.

There’s a woman in my neighbourhood who walks fast. She is always carrying two kids in her arms. Not infants but 3, 4-year-old sturdy kids, heavy weights. She walks fast. Probably you have to walk fast when you are carrying two kids. She doesn’t expect a lift from the many cars passing by. She can’t afford a cab. She is walking toward her bus. Always with the two kids in her arms and a bag around her shoulder. She gives Quran lessons at people’s homes.

I don’t think all those pious men, or anyone else, can tell that woman with the two kids how to walk her daily walk. If someone asks her how it feels to be a woman in this society, she’d probably answer, 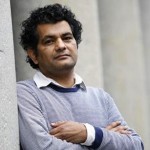 WRITTEN BY:
Mohammed Hanif The author has worked for Newsline and The Washington Post, along with BBC. He has written plays for the stage and the screen. After living for 12 years in England, in 2008, he returned with his family to live in Karachi, Pakistan. He is currently working on a novel and librettos for two operas, â€œBhuttoâ€ and â€œThe Dictatorâ€™s Wife.â€
The views expressed by the writer and the reader comments do not necassarily reflect the views and policies of the Express Tribune.

Ravian | 4 years ago | Reply | Recommend Only a writer of Hanif's calibre could articulate this issue! Instead of berating the religious circles and lamenting the state of Pakistani society (as is in vogue with the so called liberals), Hanif tells the world that the mullahs are doing what they are supposed to do, but the society is changing and they cannot stop it from changing.
Parvez | 4 years ago | Reply | Recommend The way I see this issue and the working of the CII is more of a political ploy and less a religious topic. Today the CII head is a political appointee from the JUI-F ( an ally of Nawaz's PML-N ). When Nawaz needs a distraction, as he does now with the Panama fiasco, his buddy Fazal-u-Rehman JUI-F gives Sheerani of the CII the signal and he comes up with nonsense like this.....it could and should be termed as political mischief.
VIEW MORE COMMENTS
Ilmana Fasih | 4 years ago | Reply | Recommend If Pakistan really wants to be a leader in the Islamic World, it must dispense away with the archaic clerics and appoint progressive, learned Islamic scholars who support and bring about the much need fresher outlook of Islam which is time appropriate. Islam provides the scope of Ijma to create a consensus and we have intelligent scholars like Javed Ahmed Ghamdi who can take the lead
siesmann | 4 years ago Is Pakistan ready for intelligent scholars;poor Ghamidi had to run for his life to another country.The ignorant Mullah has been given space in every facet of life,and although Governments can change,it will be extremely hard,if not impossi ble,to take the power away from Mullah.Their tentacles are all over Pakistani Institutions,and they are hungry for more power..
abc | 4 years ago | Reply | Recommend Hope going well along with "Newsline and The Washington Post and BBC".
Replying to X
Saved ! Your comment will be displayed after the approval.
Error !
Error! Invalid Email.