University of Panjab – anyone?

Quite a few parliamentarians have master’s and bachelor's degrees from an institution by the name of ‘University of Panjab’. Next thing we know, the rest will be from ‘Harward’ or ‘Priceton’. In that case, the majority of them will be qualified enough only to be disqualified. With allegations of fraud, if the disqualified have any sense of remorse, they should resign in the blink of an eye. Why wait for public humiliation?
Mina Sohail July 05, 2010

Some of our parliamentarians are being questioned on the authenticity of their academic degrees. How disgraceful that we have sitting lawmakers, most of whom might turn out to be complete frauds. Quite a few have master’s and bachelors’ degrees from an institution by the name of ‘University of Panjab’. Next thing we know, the rest will be from ‘Harward’ or ‘Priceton’. In that case, the majority of them will be qualified enough only to be disqualified. The Higher Education Commission has said that it will need three months to verify degrees of lawmakers from PPP, PML-Q and PML-N. The Lahore High Court has disqualified quite a few MNAs already. One of whom is PML-N MNA Syed Javed Hasnain. He was elected from NA-68 Sargodha, with more than 80,000 votes. He needs to apologise to his 80,000 voters.

With allegations of fraud, if the disqualified have any sense of remorse, they should resign in the blink of an eye. Why wait for public humiliation? Maybe because when you reach a height of shamelessness and obstinacy, you wait for miracles to happen. And they do. Or at least they did in Jamshed Dasti’s case. He was given a ticket to contest the by-elections backed by the Prime Minister even though the Supreme Court had declared him ineligible over his fake degree.

General Stanley McChrystal made derogatory remarks about White house officials. His loyalty was questioned and he was fired. Remember Eliot Spitzer? The infamous New York governor? When he was caught using public funds to pay for the services of a call girl he apologised to the entire country and resigned. How do we compare this to producing fake degrees? Dishonesty, fraud and ill intentions. A flagrant crime, such as embezzlement of public funds, isn’t the only thing that makes you corrupt. Submission of incorrect information is equally bad. They’re both crimes. Just of a different nature. The punishment however, should be the same. Be fired or be prepared to resign. 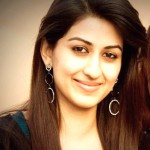 WRITTEN BY:
Mina Sohail A former news anchor and associate producer on Express 24/7. She writes on politics, social issues and culture.
The views expressed by the writer and the reader comments do not necassarily reflect the views and policies of the Express Tribune. What about our children?

The secret diary of a news anchor

Media is not a monster

Xeeshan | 10 years ago | Reply Its just the rootcause, these fake degree holders lead us noweher to return. Their master, the cunning craftsman of the slogan democracy is the best revenge are the actual beneficiary (thru unlimited corruption) of this mock-up democratic society. Let wait and see a bloody revolution. Its the only way out!
Hassan | 10 years ago | Reply Dear Mina, Unfortunately this is what democracy is all about in Pakistan. Corruption, oppression, injustice and deception are the intrinsic virtues of these so called 'democratic forces'. And naturally instinct drives the entity. When we talk about Democracy we mean something related to peoples' (citizens) opinion and an illiterate, starving and confused nation can never take good decisions. Such a shame for us to have leaders like these who not only betray us but also project a corrupt image of our country Pakistan. Keep enjoying DEMOCRACY and keep welcoming the hypocrites. You must have heard that slogan (A worse democracy is better than the best dictatorship). Think again! Take care! With regards, HK
VIEW MORE COMMENTS
Raza | 10 years ago | Reply This is part of the process you call democracy. enjoy its fruits.Isn't this what the civil society wanted.
Mr. A.K | 10 years ago | Reply Dear Ms. I think that the fake degree holder , Assemblies Menbers should be hang up. This is a big crime to ellect on the bases of illegial degee's. Think if I am a cival Servant, and I sellect on may fake education degree . After some time my degree will checked and it proves to be a frauds then I will be dismiss from my post. Now do you asspect that I will be restored by the Prime Ministor??? No Never at all it will be happens. Then whay it should in case of Janshaed Dastee...... To do a Crime or to help or courage a crime are equal. The whole nation should think on this serious issue. Secondly. the intertia of ellecting a MPA or MNA on the bases of Parties should be condem. Before you you vote, you should also remember the person to whom you are voting. With Regards, A.K
Arshad Khan | 10 years ago | Reply Dear Ms: You are right, I am of the opinion, with resignation, Jury should put full stop to their political career. I hope you would have read news of French politition in a leading news papers today. We are following western democracy, I think our law maker should also follow their behaviour.. Reaching to the conclusion, one thing is EDUCATION...we are lacking of in our country.. Best Regards, Arshad Khan
Wasim Ali | 10 years ago | Reply Salaam Madam, yes, this is the real face of our lawmakers. They are the main reason for this democracy. Because democracy belongs to them & their character belongs to democracy. Weak democracy emerge form & because of their weakness of character. We must condemn all of fake degree holders & discourage them at every level. Please run a campaign on this issue espacially using the plateform of E-Media. With regards, Wasim Ali
S. Ali Raza | 10 years ago | Reply @Mina: Jamshed Dasti's degree was never proved fake. The judges gave him option of getting arrested or he should resign immediately. They are all in this mess together.
Replying to X
Saved ! Your comment will be displayed after the approval.
Error !
Error! Invalid Email.