Being dishonest about ugliness

Ugly characters in kids’ books are generally horrible and their physical flaws are signs of other shortcomings.
Julia Baird November 13, 2015
Adults often tangle themselves in knots when discussing physical appearance with children. We try to iron out differences by insisting they don’t matter, attribute a greater moral fortitude to the plain or leap in defensively when someone is described as not conventionally attractive, or — worse — ugly or fat. After all, there are better, kinder words to use, or other characteristics to focus on.


The Australian author Robert Hoge, who describes himself as “the ugliest person you’ve never met”, thinks we get it all wrong when we tell children looks don’t matter: “They know perfectly well they do.”

A former speechwriter, he has written a book for children, based on his own life story, called Ugly. He finds children are relieved when a grown person talks to them candidly about living with flawed features in a world of facial inequality. It’s important they know that it’s just one thing in life, one characteristic among others.

That appearance, in other words, means something but it doesn’t mean everything.

Mr Hoge was born with a tumor on his face, and deformed legs.

He describes his face by asking us to imagine being in art class after the teacher has presented you with a lump of wet clay and asked you to sculpt a baby’s face. You labour and sweat, tearing off lumps, smoothing lines, shaping a nose, eyes and chin. Beautiful. Then a kid tears across the room and smashes a clay lump into the middle of the face, pushing the eyes apart.

That’s what he looked like when he was born; his parents burst into tears.

Mr Hoge says that his mother left him in the hospital, wishing he would die. It was not until he was almost five-weeks-old, after a family meeting where his siblings voted for him to be brought home, that his parents returned for him. He grew up to be a political adviser to the most senior politician in his state: the Queensland premier.

So how is a child to grapple with the savage social hierarchy of “lookism” that usually begins in the playground, if adults are so clumsy about it? The advantage of beauty has been long established in social science; we know now that it’s not just employers, teachers, lovers and voters who favour the aesthetically gifted, but parents, too.

We talk about body shape, size and weight, but rarely about distorted features. And we talk about plainness, but not faces that would make a surgeon’s fingers itch.

Even in children’s literature, we imply ugliness is either transient or deserved. Hans Christian Andersen wrestled with rejection from his peers as a child, most probably because of his large nose, effeminate ways, beautiful singing voice and love of theatre; The Ugly Duckling is widely assumed to be the story of his own life. But the moral of that story was that a swan would emerge from the body of an outcast, and that you could not repress the nobility of a swan in a crowd of common ducks.

What if you just stay a duck?

Mr Hoge tells us we don’t need to apply a sepia filter.


“I’m happy to concede the point,” he says, “that some people look more aesthetically pleasing than others. Let’s grant that so we can move to the important point — so what?

It’s important to talk to children, he says, before “they get sucked into the tight vortex of peer pressure, where every single difference is a case for disaster. Don’t tell kids they’re all beautiful; tell them it’s okay to look different.”

Perhaps it’s the long association of physical ugliness with immorality that we need to unpack. The Oxford Dictionary includes in its definition of ugly in English “morally repugnant”. In Greek, the word “kalos” means both beauty and noble, while “aischros” means shameful as well as ugly. Villains have bad teeth, liars have long noses and zombies have thick skulls. The miserly are bony, the greedy, fat.

And perhaps we also need to spend more time pointing to some of the magnificent creatures who have walked the earth without the need for pageant ribbons or Instagram likes, but who have contributed in enduring ways — think, maybe, about Abraham Lincoln.

And finally, surely we should also ensure that those known for attributes other than good genes are included in any pantheon of childhood heroes.

I didn’t ban Barbie dolls in my house, for example, but I did get a little nervous when my little girl accumulated a decent-size clique of them. One day I decided to buy her an Eleanor Roosevelt doll from a museum shop; the splendid former first lady’s strong, striking features are framed by a red velvet cloak and a feather boa. I was a little reticent giving it to her for fear clever Eleanor might be rejected in favour of the pretty girls. Now she sleeps with her every night. 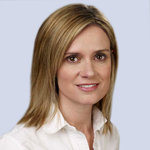 WRITTEN BY:
Julia Baird
The views expressed by the writer and the reader comments do not necassarily reflect the views and policies of the Express Tribune.

Parvez | 4 years ago | Reply | Recommend There are times when ET comes up with thought provoking, intelligent blogs.....this is one of them.
Replying to X
Saved ! Your comment will be displayed after the approval.
Error !
Error! Invalid Email.