The ICC's idea of a league-style championship sounds brilliant - but it has its flaws.
Hashim Malik November 06, 2010
Finally, after years of juggling  the idea, the ICC was able to conceive a league-style test championship which will evaluate performances over a four year period and culminate in a top four playoff. The first match is scheduled in The Ashes summer 2013, at Lord's. The rankings for the league shall run separately from established ICC test rankings.

At a glance, this is a terrific idea ﻿﻿- inches close to perfection. Yet, it's not without its cons!

A test championship is meaningful only when every team plays the rest of the the teams the same number of times, both home and away, which hypothetically means every team should host two and visit two test-playing countries each year. That, however, is not how it will happen until the debut playoffs in 2013. What will happen is that New Zealand will play roughly half the number of matches that England will.

As figures had it, in four years preceding to the start of test league qualifying period (2009), England, Australia, India and South Africa combined have played 180 tests compared to 127 for the next four namely Sri Lanka , West Indies, Pakistan and New Zealand. More pointedly the former plays this format 40% more than the other four - competitive on their day.

Speaking of the period leading up to the first play-offs - as the itinerary for the season 2012-13 is not totally finalised a rough estimate would suggest that in under three years from today every country will play this much cricket:

Notwithstanding the fixtures to be arranged out of the Future-Tour-Programs (FTP), the table vividly confirms that the spirited Kiwis are listed to play less than half the amount of test cricket the Ashes foes would savour. Further elaboration of each test nation’s prospects during the league period shall paint a more complete picture:

For some the most disputed No. 1 test team since the advent of ICC team rankings, India is relishing the golden age of its cricket and sitting pretty at the top of ICC rankings, with 130 rating points. BCCI is either busy adding more tests to the planned future-tour-programme or is arranging additional tests series out of the FTP to sustain its ascendancy, i.e rendering three home tests to New Zealand, playing seven tests against West Indies alone in the year 2011 etc. Given that the complete itinerary for the season 2012-13 is still to be inked, India is scheduled to play over 40 tests during the league period and are well placed to finish among the top four, even though the veteran core of their successes i.e: Sachin, Dravid, Laxman, Zaheer and Harbhagan will either have slipped into retirement or will be in the last breaths of their international careers by the time playoffs begin!

At the time of the first ever Test championship, 1912 Proteas were the bunnies of the tournament, losing all but one of their second only to England in four years preceding to the start of the league they are scheduled to play not more than 30 tests as per the FTP (tours for the 2012-13 season are not completely negotiated yet) and would definitely be looking to arrange series out of the FTP (for instance, against India) and a busy 2012-13 season. Their tussle with other top nations for the ultimate quadrennial playoffs would certainly be one of the highlights of the league.

A test nation that offers rich talent like Jayawerdene, Dilshan, Mathews, Mendis, Randiv &Malinga, is skippered by an astute leader and is regularly producing quality test talent should play more for the good of the game!

The worst ranked test team at the nigh end of the nineties, England turned the tide remarkably in the modern century and are today one of the most settled test units around. The belief inculcated by Nasser Hussain was taken to euphoric heights by his successor Vaughan when he won the urn back after sixteen long years. In between, Freddie Flintoff did a Sir Ian “beefy” Botham by not taking much liking to the captaincy, and KP’s eccentricities to the leadership - admirable as they might be to an outsider, they didn’t go well with the establishment and in came Strauss.

The South African born opener had a previous taste of captaincy in that infamous summer of 2006 and when trusted with a full tenure repaid the faith by regaining The Ashes and followed it up with a series of solid performances all around. The duo of Strauss and head coach, Flower have done a commendable job in making England a formidable unit through selection consistency, creation of able reserves for every spot, balanced workload and above all the camaraderie that places the team before the individuals.

A team comprising the likes of Strauss, Collingwood, KP, Morgan, Prior, Broad, Anderson and the best spinner in the world with healthy bench strength will not only make it to the playoffs but are well placed to actually win the inaugural test championship league, in my opinion.

Numbers state that the giants not so long ago are on a steady decline and it would be a while when they may regain the No.1 crown. The eventuality of post-Warne/McGrath and other greats era was always on the cards and it must be said that the great sporting nation learned from its past. The post Chappell/Lillee/Marsh Australian side became far more vulnerable, even at home – nadir of which was home losses to New Zealand and of The Ashes (1986-87), since the last - to a not so great Gatting’s England. Comparatively, the current Aussies are holding quite well and are still nearly unbeatable at home.
As is the norm, they will be playing a lot of test matches in years leading up to Lord’s playoffs, nearly 50 of them and given that their state of the art cricket development infrastructure is continuously churning out polished and very much ready products for international cricket, they will continue to be competitive. The fringe talent of Usman Khawaja, Luke Butterworth, Josh Hazzlewood, Mark Cosgrove, Xavier Dorthey, Peter George & Ben Cutting etc shall keep the likes of Bollinger, Hilfenhaus, Siddle,Hughes, Smith on their toes and with the old guard of – Ponting, Hussey, Katich, Haddin & Clarke still going strong, Australia would be a major contender for the league title.
6. Pakistan

For starters, Pakistan gets to play a lot more test cricket during the league period 2009-13 (approximately 40 tests), than the previous years, because of tests series being cancelled, shortened or altogether postponed in those years. However, my optimism ends right there, because to be able to pose any serious threat to established players, Pakistan will need to be doing a lot more than barely drawing the series; they ought to start winning them and winning not only against the now abysmal West Indies and perennial underdogs of the Kiwi land, but also against the might of India and England.

Since the start of the qualifying period, the Pakistan team has played in five series, winning none and barely drawing two. Things will not get any easier in the lead up to the playoffs, as they’ve got a series lined up against each of the top five test teams and unless PCB gets its house and priorities in order, playing the playoffs at Lord’s remains a distant possibility, even in the relatively distant year of 2013.

Might of yore and the pit of today! The nationalistic fervour and fierce competitiveness that drove those juggernauts of the past is as good as extinct in the mediocre and mercenaric bunch representing the Caribbean today. Their sole purpose is to hide behind the WIPA and demand royalties from WICB, based on zero performance and commitment on the field. The damage is so deep and stoned-walled, no amount of quick fixes can reap any rewards. Their bowling is in shambles, batting is relying heavily on a trio aging steadfastly and the latest lure of the T20 has further dented their longer format prospects.

A player like Kieron Pollard might never play test cricket, but could well end his career being the richest cricketer in the Caribbean.

They are scheduled to play a decent amount of test cricket, but with their baggage of deep rooted problems, they will in all probability pose no challenge to the more serious contenders.

NZ’s memorable test moments were often when either Richard Hadlee or Shane Bond were around. These two, through their sheer talent, made the support bowlers and NZ look good. In their absence, they are regular fodder for good opponents.

Larger than life as though he might be, Daniel Luca Vettori, the skipper, senior batsman and only dependable bowler can only do so much. The ICL didn’t help the small cricketing nation much and the latest razzmatazz of the T20 has further poisoned longer format prospects in the country.

Pragmatism suggests that NZ, with their current test match talent, cannot expect to win tests, let alone series, against the top nations. Yes, they can hope to scratch a few wins at home, in favourable circumstances, but with no established bowling lineup, except for Ross Taylor, they should start looking towards drawing games, trying to win sessions or positives and perhaps in a couple of years, a nucleus will form which propels them from below to above par. That, however, is not forthcoming in the immediate future.

A brief mention of Bangladesh is necessary. After a decade of humiliation, they are finally coming to terms with the gears of test cricket and if the good work continues, they may become more competitive in the next league period.

As discussed earlier, for the league to be meaningful and interactive, the ICC needs to alter the FTP to expedite teams with fewer tests scheduled and forgo two test series and make three the limit, otherwise a magnificent idea for adding depth to the purist version of the game will not be realised in its true spirit.

Due to a technical error, an earlier version of this article was missing the chart and other information. 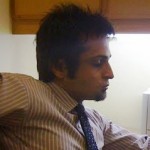 WRITTEN BY:
Hashim Malik A television host on Business Plus. He is a graduate in computer science and human resources who is interested in writing.
The views expressed by the writer and the reader comments do not necassarily reflect the views and policies of the Express Tribune. Team Green: In good form for the World Cup

Cherish Raj | 10 years ago | Reply Sri Lanka?
Replying to X
Saved ! Your comment will be displayed after the approval.
Error !
Error! Invalid Email.