NGOs of our country need to be lauded for their consistent efforts to reach out to IDPs and provide them the support.
Aroosa Masroor November 18, 2010

As most of us move on with our lives, the struggle for our country’s IDPs is far from over.

With pressing issues such as which of the Muslim leagues (N or Q) are more loyal towards the incumbent government, our media has conveniently deemed the floods non-newsworthy. And the government’s attitude is no better.

However, it is the non-governmental organisations (NGO) of our country that need to be lauded for their consistent efforts to reach out to the IDPs and provide them the support and counselling they require.

Recently, the head of Indus Resource Centre shared how a simple statement by an elderly woman in one of the camps in Shikarpur made all their effort seem worthwhile.

The woman acknowledged the NGO’s support over the past two months, saying that she “will not forget the love and respect they gave her family.”

Before any of you accuse me of ‘promoting’ the NGO, I’d like to clarify that the only point I’m trying to make here is that we, as journalists, need to acknowledge the work of NGOs instead of avoiding them like the plague. Most reporters refrain from mentioning the name of an NGO doing a commendable job because they fear the story would immediately be termed ‘promotional’. Or worse still, he/she would be tagged as an “NGO-type reporter”. What does that mean, anyway?

So there are several theories that non-profit organisations usually all have a ‘hidden’ agenda (don’t our politicians have one too?); they are corrupt and a major portion of their funds is wasted on administration (really? what about the major chunk of our budget that goes into the salaries of bureaucrats who are paid to create hurdles – rather than help – citizens?)

They may not be ideal players in the field, but at least NGOs make an effort to reach out to the poor in some way or the other.

If we are bent upon highlighting how they misuse their donors’ funds, why don’t we react similarly when our public officials fail to adhere to austerity measures? Yet their statements carry more weight in our press, while the success of a development project by an NGO receives the ‘inside-page’ treatment. It’s a sad state of affairs, indeed. 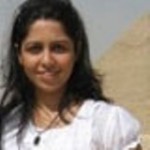 WRITTEN BY:
Aroosa Masroor A Karachi based reporter at The Express Tribune who focuses on human rights and social issues.
The views expressed by the writer and the reader comments do not necassarily reflect the views and policies of the Express Tribune. Morning madness with the irresponsible

Hina Zafar | 10 years ago | Reply Wea re not allowed to raise voice against CORRUPT NGOs my dear, otherwise who would like to be silent, NGOs holders are stupid people and they are more terrible than Government and its administration. If someone try to raise voice, he/she is threaten, abused and fired from job, otherwise what I always say about NGOs is there is nothing much different in NGOs and SHOWBIZZ, because they way people present themself to be cashed in showbizz similarly a famous person of Pakistani Developmental sector uses all those female who present themself to that "high profile man" who hide himself again under a woman cover who is herself having links with govt officials and strong financial background ..... so before praisin anything, be neutral and use appropriate words ..... ! and yes I agree few Internation NGOs work well, but Pakistani NGOs are corrupt and if u agreed to be a part of that dirty game by pleasing your boss while offering your self, you will be promoted and made project manager otherwise you go somewhere in background ... far away ... and this happen in those NGOs who raise voices against HUMAN RIGHT ... whose holder uses cheap source like FACEBOOK to get familiar and thousand of fan .... disgusting !
Sardar Alam Khan | 10 years ago | Reply www.facebook.com/IAARACCOP Yes author. NGOs role is applaudalbe. And the government is worth to be....................no words to show disgust.
VIEW MORE COMMENTS
parvez | 10 years ago | Reply Very well written and agree with you all the way.
Replying to X
Saved ! Your comment will be displayed after the approval.
Error !
Error! Invalid Email.