Is cricket the beginning and end for Pakistan?

This year is Arsenal's year

While in Brazil, Arsene Wenger was secretly putting together the missing pieces of the jigsaw of his Arsenal squad.
Ali Salman August 05, 2014
During the 2014 World Cup, a picture of Arsene Wenger went viral across social media in which he was caught playing football on a beach in Rio de Janeiro. The moment it caught the public’s eye, there was a wave of anger and disgruntlement amongst the Arsenal supporters (including myself), because by that time their rival clubs, Manchester City, Chelsea and Manchester United were active in the market and signing some talented, quality players.

When it was looking like another frustrating transfer window for Arsenal fans, Wenger, out of nowhere, pulled off a sensational coup of Alexis Sanchez from Barcelona which just showed that he was in fact putting together the missing pieces of the jigsaw of his Arsenal squad, albeit secretly. His stay at Brazil further strengthened the team as he went on to sign two of the World Cup performers – Mathieu Debuchy as a flamboyant right back to replace the departing Bacary Sagna and David Ospina as a solid and talented goalkeeper. He also signed a young Southampton defender, Calum Chambers, who very well might become the star of the future.

After an impressive performance during last year’s Champions League and this year’s World Cup, Wenger also recalled prospect Joel Campbell and has clearly said that he has a promising future at the club, showing that he is completely ready to take last season’s FA Cup win forward and start competing for the title once again. Also, because of the growing injury issues that have been haunting the club for a long time, Arsenal has also acquired the services of Shad Forsythe, a fitness expert who worked with the Germany team and can hopefully end the misery of the constant injuries of the team players.

An unusually positive stance in the transfer market has ignited a stance of optimism amongst the club and its fans. Sanchez would certainly add an extra dimension to Arsenal’s attack as he can play on the flanks and also upfront, which would give the opponent tough competition when coupled with the club’s head-on striker, Olivier Giroud.

Even though Arsenal had a tough last season while trying to adjust Mesut Ozil, their record signing, into the premier league whilst trying to match his extraordinary skills with the pace of Sanchez, Theo Walcott and Alex Chamberlain, this might be the season we start seeing the best of him. Aaron Ramsey had a spectacular 2013/14 season, and the expectations have risen that the Welshman can put up an even better show this time around.

Recently, the players’ below-par performances against the top teams have proven to be a damaging sign for Arsenal and Wenger. Last season, because of those lacklustre performances, Arsenal ended up taking the fourth position, despite being at the top for majority of the season. In order to compete for the title and present a challenge to their opponents, they will need to work hard if they want to take home the title.


“Nine years without a trophy…”

I hope this is the year we break that curse and win. We finally have a squad that is competitive to the likes of Chelsea and Manchester City. Let’s go Arsenal, let’s start winning the major titles.

Gunners till I die! 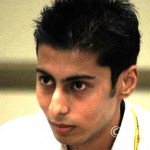 WRITTEN BY:
Ali Salman
The views expressed by the writer and the reader comments do not necassarily reflect the views and policies of the Express Tribune.