Breast cancer myths: It’s not as rare as you think

90,000 women are diagnosed with breast cancer annually. Are we doing enough to raise awareness in Pakistan?
Bushra Maheen Rahman October 25, 2010
My aunt was diagnosed with cancer three years ago.

It came as quite a shock because like everyone else, we thought cancer was something that could not possibly affect us or our loved ones.

Two of my friends had already lost their mothers to cancer the same year.

We were worried and consultations with doctors led to a unanimous decision that she need not go far for her treatment. Shaukat Khanam Cancer Hospital provides the best treatment for cancer patients. That prompt decision, early diagnosis and treatment helped my aunt get better. She is now cancer-free.

Could I have breast cancer?

My childhood notion of cancer was that it is a rare disease that only "some" people get. What defined "some" at that point is unclear to me but I do remember being extremely afraid of it because it was a death sentence: an untreatable disease. A lady I knew then had survived breast cancer and I was fascinated by her heroic representation of someone who had bravely dealt with the notion of being deadly ill.

Cancer, specifically breast cancer, is not the "disease of developed countries" anymore. Its spectrum in our country has shifted and 90,000 cases are diagnosed annually in Pakistan (according to data from 2007), with the incidence rising at an alarming rate each year. October has been deemed "Breast Cancer Awareness Month" internationally and is intended to increase awareness about the disease, its risk factors and raise funds for research, prevention and cure.

Our country, where a majority of the population remains unaware of most diseases and rarely go for annual health checkups, is prone to myths about cancer and its treatment

This happens to be one of the most common notions amongst women diagnosed with breast cancer. Family history can play an important role, but not necessarily so. Some types of cancer have no genetic basis at all and a negative family history does not confer immunity from the disease.

2) Every lump is cancerous

Entirely false! Most of the lumps on examination turn out to be benign, yet having a lump still warrants a complete check up. Breast lumps, especially if painless, should not be ignored. Schedule an appointment with your family doctor as soon as you can. Even with cancerous lumps the earlier the diagnosis, the better the prognosis.

3) Only women get breast cancer

Breast cancer is very rare in men, yet it they can still get it. Breast cancer has the same symptoms in men and should be investigated as such.

Three decades ago, maybe, this was true-but not anymore. It is quite treatable and a person can lead a normal life after treatment. The treatment regimen is harsh and has a considerable psychological impact over a patient, but it improves the prognosis and eventually, the quality of life.

5) I have breast-fed my children, so I cannot get cancer

Statistics show that breastfeeding children may decrease a woman’s chances of getting breast cancer, but does not eliminate them.

I have highlighted only a few myths. The truth of the matter is that a lot of unproven notions are prevalent in society about breast cancer and they need to be addressed. Moreover, extensive health education programs need to target cancer awareness among masses. If it cannot be done through a high profile program, one could individually inform such programs to educate people and try to alleviate their worries. A simple self-breast exam and mammograms after age forty could help in the prompt diagnosis and treatment of many patients. 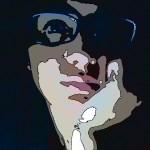 WRITTEN BY:
Bushra Maheen Rahman A doctor from Peshawar who writes, blogs at www.pistaye.wordpress and tweets @MaheenRahman
The views expressed by the writer and the reader comments do not necassarily reflect the views and policies of the Express Tribune. What I saw in the Emergency Room Do doctors have super-powers?

Saad Durrani | 10 years ago | Reply @SadafFayyaz: You must have drank the wrong coffee this morning... This is a public service blog @Bushra Maheen Rahman: Thank you! Breast Cancer is so horrible of a disease. My friend lost his grand mother and mother in six months. Another friend has a relapse and they are going through the whole procedure again. On Facebook, whenever I talk about Breast Cancer it turns out that only women 'Like' my posts. Men are usually silent even though it is a unisex disease.
Anna | 10 years ago | Reply Thank you for the informative post. My aunt was diagnosed with it. She passed away due to late treatment of it. That was12 years ago when self check ups and other preventive measured were not very common. 2 years ago a friend's mother survived due to early detection and treatment. @Sadaf how can you call it a medical blog?! It's related to all of us on a general level.
VIEW MORE COMMENTS
SadafFayyaz | 10 years ago | Reply very informative post..........though i m not much into reading medical blogs.......
Replying to X
Saved ! Your comment will be displayed after the approval.
Error !
Error! Invalid Email.