Drone attacks may stop, but is that good news?

A 29 page report submitted today to the UN Human Rights Council, by special representative Philip Alston demanding an immediate suspension of drone attacks will not persuade Obama’s war cabinet to change course; but an ever growing domestic opposition appears promising.

In categorical terms Philip Alston told journalists at the UN media stakeout today that those dropping bombs in Pakistan are so distant from the combat zone that they are “desensitised” – as though they were playing video games.

Alston said: "because operators are based thousands of miles away from the battlefield, and undertake operations entirely through computer screens and remote audio-feed, there is a risk of developing a 'Playstation' mentality to killing."

Although this statement will be prominently displayed in Pakistani newspapers, this assertion is neither compelling nor novel.

Brookings scholar and, author of “Wired for War”, PW Singer has been making similar arguments (watch my interview of Singer) for quite some time.

The Council on Foreign Relations, America’s most influential center-to-right think tank yesterday challenged the Obama administration to publicly debate the drone strategy. Mind you, CFR does not oppose the war on terror per se, but questions the claimed efficacy of unmanned armed drones to lead the effort.

CFR’s Fellow for Conflict Prevention, Micha Zenko, questioned this strategy pointing out that in 8-9 years there have been over 125 drone strikes, but al Qaeda’s military leadership is still operative.

Compare this to the Second World War when it took allied forces less than six years to destroy the German army - one of the greatest war machines the world has ever seen. The occupation of Afghanistan notwithstanding, the current centrality of drone operations has prohibited the US military from undertaking more comprehensive military operations – the kind where you walk on the ground and directly engage the enemy.

However, American political will is not ready to deploy more young Americans in an unwanted war; so they keep on dragging their feet and using tactics like drones and cruise missiles from a safe distance. American defense experts now argue that a massive army operation that searches for militants from mountain to mountain and cave to cave is the only way to really end the al Qaeda menace.

The Obama administration also faces legal challenges. Drones have been used extensively in Pakistan and that country is not a declared war zone. According to the Geneva Conventions, it is against international law and the laws of war to use force in a place that is not a war zone.

Secondly, a number of drone attacks are carried out by the CIA, an intelligence gathering organisation - not a military unit; its members do not wear soldier’s uniforms. As an article in New York Times points out, “The United States has argued that because al Qaeda fighters do not obey the requirements laid out in the Geneva Conventions — like wearing uniforms — they are not “privileged combatants” entitled to such battlefield immunity. But CIA drone operators also wear no uniforms.”

One can extend this logic - the CIA use of drones is war crime, and if the Obama (or any other) administration condones CIA drone attacks, they are, in effect, condoning and therefore complicit in a war crime.

American think tanks agree that unmanned drones cause greater degrees of civilian casualties than directly human operated weapons of war. A report published by the Brookings Institution claimed that for every militant killed by a drone attack, ten civilians were killed. Precision drone attacks are never really very “precise,” because, first, this requires a level of intelligence about the target and the kill radius that is impossible to achieve, and second, because terrorists use human shields as a countermeasure to drones, and these human shields are almost always innocent civilians forced against their will to act as shields.

This offsets the American argument that drones stop American soldiers from getting killed in war. If an American soldier is saved and ten civilians are killed in a country considered a US ally (Pakistan), sooner or later the ethical accounting of casualty statistics will show a shortfall.

Until organised opposition began to grow against the drone attacks, it was easy for the US government to silence Pakistani opposition with diplomatic equivocations. But with the inclusion of American journalists and major military strategists in the opposition to drones, it is becoming challenging for Obama to continue with the drone attacks.

While there are several strands of argument (some are anti-war, some are pro-war), all have one thing in common; they are all anti-drones. Given this growing opposition, Barack Obama will have to curb, if not stop altogether, his drone programme in the very near future.

But is this really good news for Pakistanis?

For one, Obama was not swayed by Pakistani rhetoric, or international pressure. What works in changing course is home grown opposition. Secondly, drone attacks may stop but if we read between the lines, think tanks and military strategists are suggesting that the US should instead send ground troops.

Thus the question Pakistanis must really answer is: would you rather have boots on the ground or pilot-less predators in the sky? I understand this question sounds rather fatalist but Pakistan has limited choices. Pakistan cannot confront America militarily and it shouldn’t.

As the most influential French thinker of our time Jean Baudrillard tells us in “The intelligence of evil or lucidity pact”, we should understand war “for what it is today, namely the instrument of violent acculturation to the world order, then the media and images are part of the integral reality of war.” They are the subtler instrument of the same homogenisation by force.

Islamabad can take its case to the American people - effectively persuade think tanks, show some TLC to American journalists, and engage grass root activists like Cindi Sheehan. But what gets in Pakistan’s way is our bloated ego.

We need to understand that winning the hearts and minds of American people (through media of course) is much easier when you have Ayesha Siddiqa from Bhawalpur representing you in the media instead of Prime Minister Gilani from Multan. We can cut through the chase when Pervez Hoodbhoy from Islamabad speaks for us instead of President Zardari. Rashid Ahmad from Lahore is substantially more useful than Gen Kayani. Mansha’s intelligence is far more respected in American media circuits that Lt General Pasha’s.

Pakistan needs to create a narrative - we are a peace loving, progressive nation committed to modernity. And, we should get credible Pakistanis who can effectively take that to the market.

Ibrahim Sajid Malick is a Pakistani-American writer, technologist, and social entrepreneur. Mr. Malick graduated from New School for Social Research with a master’s degree in anthropology. He holds several technology and management certifications. Reach him at [email protected] 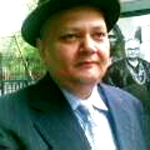 WRITTEN BY:
Ibrahim Sajid Malick A Pakistani-American writer, technologist, and social entrepreneur. Malick graduated from New School for Social Research with a masters degree in anthropology. He holds several technology and management certifications.
The views expressed by the writer and the reader comments do not necassarily reflect the views and policies of the Express Tribune. Solution is internal: Stop blaming the US